Zhengzhou, referred to as Zheng for short, was the capital of commerce in ancient times. It is the capital of Henan province, an important central city in central China, megacity, national important comprehensive transportation hub, commercial logistics center, and the central city of the central plains city cluster. Zhengzhou is located in the middle and lower reaches of the Yellow River and the transition zone from the northeast wing of Funiu mountains to the Huanghuai plain. Zhengzhou is high in the west and low in the east, high in the middle and low in the northeast or low in the southeast. Zhengzhou enjoys a north temperate continental monsoon climate, with four distinct seasons. Zhengzhou is an important hub city of railway, aviation, electric power, post and telecommunication in China, and has the largest truck marshalling station in Asia. The Zhengzhou aviation port area is China’s only state-level airport economy comprehensive experimental area, and the Zhengzhou Commodity Exchange is China’s first futures exchange. Zhengzhou is also a core component of the China (Henan) pilot free trade zone. Zhengzhou is an important birthplace of Chinese civilization, a famous national historical and cultural city, and a member of the world historical city alliance. Zhengzhou has been the capital for five times in history, and is the hometown of the Yellow Emperor Xuanyuan, the ancestor of Chinese culture.

Other Destinations in Zhengzhou 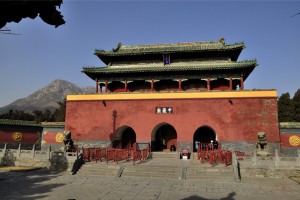 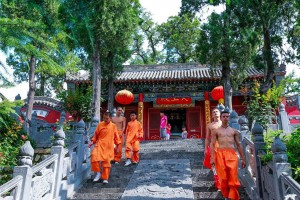 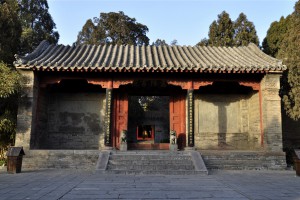 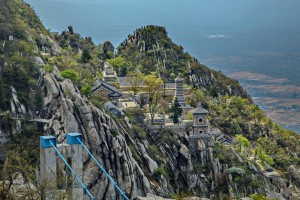 Zhengzhou Tours mainly introduce the different kinds of tour packages of Zhengzhou for your Henan Travel. Our Zhengzhou tours are usually involved with Shaolin Temple and Chinese Kung Fu, and are connected with other top destinations in China, like Beijing, Xian, Shanghai, Luoyang, Kaifeng and so on. It is recommended to visit Zhengzhou for at least 2-3 days. There are not many scenic spots in Zhengzhou downtown. If you stay for a long time, you [...] 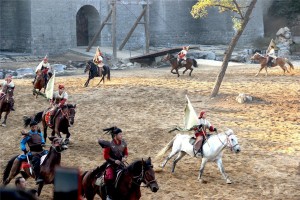 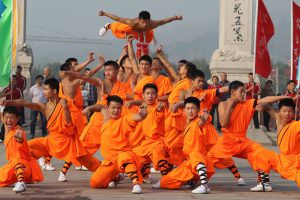 Zhengzhou Weather and Climate describes information with temperature, precipitation, sunshine duration, what clothes to wear in Zhengzhou, weather and climate by month, climate graph. Find out the best time to visit Zhengzhou and see the season highlights in Zhengzhou. Under the combined action of solar radiation, topographic geology, atmospheric circulation and other factors, Zhengzhou has formed a climate characterized by moderate temperature, four distinct seasons, the same period of rain and heat, and the same season of dry and cold. Zhengzhou Weather Graphs and [...]

More Zhengzhou Climate & When to Go >>

Zhengzhou is featuring a well-developed transportation network and a superior geographical location. Zhengzhou is an important hub city for railways, aviation, expressways, electricity, postal services and telecommunications in the country. It is very convenient for flights, trains and long-distance bus services. In addition, there are many historical and cultural attractions in Zhengzhou. With these means of transportation, convenient transportation in Zhengzhou brings a large number of tourists. Convenient city buses, taxis and subways also satisfy many tourists' need. Intercity trains [...]

To have a better travel experience in Zhengzhou, here are some useful Zhengzhou travel tips, which may be helpful for your Zhengzhou tour. When plan your trip to Zhengzhou, view our answers to questions about Zhengzhou travel to get a better understanding of Zhengzhou.  Useful Numbers Emergency numbers are for reference in case there is an emergency. Here below are some useful telephone numbers in Zhengzhou, for you to have a convenient Zhengzhou tour. China International country code number 0086 Area Code 0371 Ambulance 120 Fire 119 Police 110 Weather Report 112 Traffic Accidents 122 Time Check 117 Post Code Check 184 Post Customer [...]

Zhengzhou Accommodation introduces where to stay in Zhengzhou and the recommended Zhengzhou 5-star luxury hotels, comfortable 4-star, economic 3-star and cheap hostels recommended by TripAdvisor. As the most important economic, political and cultural center in Henan Province, and famous for Shaolin temple and Chinese Kung Fu, Zhengzhou attracts a crowd of visitors every year. There are many options in and around the Erqi Square, and if you are backpacking, you can explore the railway station area for some cheap options. Recommended Hotels [...]