Located in the north of the city of Tai’an, in Shandong province, China, Mount Tai is known as the leader of eastern mountain of the Five Great Mountains of China. It is associated with sunrise, birth, and renewal, and is often regarded the foremost of the five. Mount Tai has been a place of worshipping for at least 3,000 years and served as one of the most important ceremonial centers of China. There are 7000 stone stairs which runs 9 kilometers long through the mountain from the foot to the zenith. It looks like the axes of Mount Tai integrating earth, heaven and human as a whole and thus is a road for human beings to heaven. Because of the unique integration of human civilization and natural landscape, Mount Tai is respected by billions of Chinese people and becomes famous all over the world as well as treasurable heritage of panhuman. Mount Tai was though of the heaven reaching the emperor directly by ancient people, and it was worshiped by persons. As a mountain which was held special ceremonies and rituals by several emperors, it plays a significant role in religious development. In addition to its cultural sites, its own spectacular scenery appeals to numerous visitors from home and abroad.

Other Destinations in Tai’an

Mount Tai is a gorgeous and splendid tourist destination which you could enjoy the masterpieces of ancient constructions as Dai Temple, Nantian Gate, Bi Xia temple; precious stone inscriptions of past dynasties as Qin dynasty stone inscriptions, inscriptions rocks of the Diamond Sutra, cliffs with inscriptions of Tang dynasty; ancient trees like pine trees of Qin Dynasty, cypress of Han Dynasty, locust tree of Tang Dynasty, etc. All the above syncretize and integrate nature scenery and human cultural relics would [...] 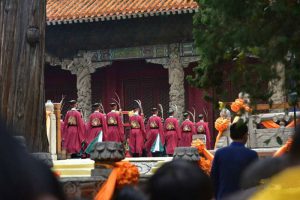 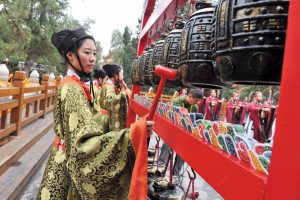 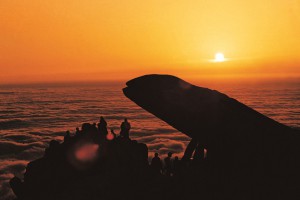 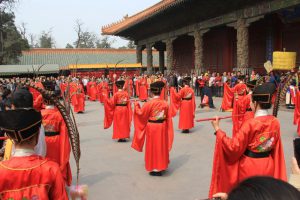 Spring The average temperature in spring varies from 8℃ to 10℃. The climate in this time is agreeable. What’s more, nature returns to life and peach trees are in full bloom, which makes it the best time to appreciate spring scenery here. Especially in May when is the perfect time to watch the sunrise of Mount Tai and the Full Moon rising from the sea of Clouds. Summer With the regulation of mountain, the weather of Mount Tai during summer is really cool, [...]

We would like to provide you some information about Mount Tai transportation, and the transportation of Mount Tai offers you details about aviation, highway, railway, bus, hiking routes, etc. for you. How to Get & Leave There Aviation There is no airport in Tai’an where Mount Tai is located, and the closest one near Mount Tai is Jinan Yaoqiang International Airport which is about 110 miles from here. The airport offers 8 shifts of airport shuttle buses each day. It takes you 1.5 [...]