The Bund in Shanghai 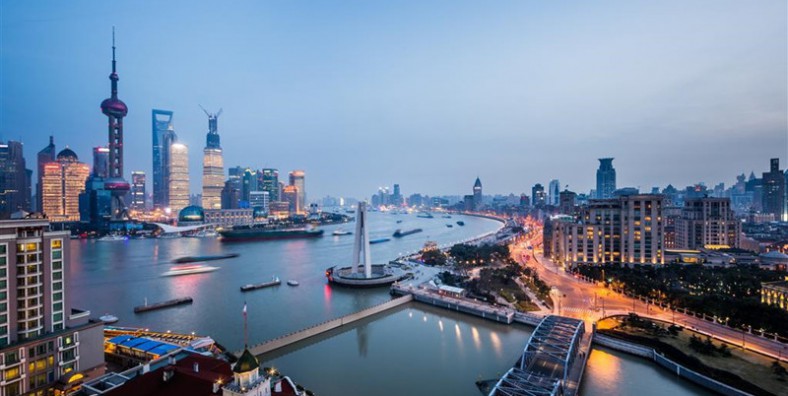 Standing on the Bund are 52 classical revival buildings with different styles. Known as the Bund World Architecture Expo, the Bund is one of the important historical sites and representative buildings in modern China and one of the landmarks of Shanghai. In November 1996, the State Council listed it as the fourth batch of national key cultural relics protection units.

Why is The Bund so Special?

Here, Shanghai’s charm as a prosperous city with a history of 100 years and a prosperous future is fully displayed, and the Bund Shanghai has become an indispensable scenic spot. Pudong Lujiazui, which is opposite to the Bund across the river, has landmark buildings in Shanghai, such as Oriental Pearl, Jinmao Tower, Shanghai Center Tower and Shanghai Global Financial Center. It has become a symbol of China’s reform and opening up and a microcosm of Shanghai’s modernization.

Where is The Bund?

Located on the bank of Huangpu River in Huangpu District of Shanghai, that is, Outer Huangpu Beach, is a historical and cultural district of China. Since 1844 (the 24th year of Daoguang in Qing Dynasty), the Bund area has been designated as a British concession, which has become a true portrayal of Shanghai’s ten-mile foreign market and the starting point of the old Shanghai concession area and the entire modern city of Shanghai.

Main Attraction of The Bund

Locals usually begin their day of exercise on the Bund. Here you can see them walking, jogging, practicing tai chi or flying kites. Getting up early and joining them is a pleasant thing to blend into the real life style of the local people.

Stroll along the waterfront avenue

The most classic route to explore the Bund is to stroll from the northern end to the south or vice versa. Along the way, you will see the most famous and attractive landscape of the Bund, namely 26 colonial buildings with different western architectural styles, which makes the Bund in Shanghai, China “the International Architecture Museum”.

Looking across the Huangpu River, you can see the dense high-rise buildings in Pudong New Area, represented by the Oriental Pearl Tower, the World Financial Center, the Jinmao Tower and the Shanghai Tower. They are the four tallest skyscrapers in Shanghai. They occupy the horizon and form a good photographic background.

Watch the sunset on Waibaidu Bridge

Waibaidu Bridge is always a romantic place for lovers. As the shooting place for many TV plays and movies, it has special attraction for those who have the old Shanghai complex. When the sun goes down, the bridge is covered with golden light, creating a romantic atmosphere. This moment’s snapshot can record lovers’ fond memories.

At night, when buildings on both sides of Huangpu River are brightly lit, the Bund shows its most magical side. The magnificent night view of the Bund on the Huangpu River cruise boat is worth appreciating. The dazzling lights fully display the magnificence of various buildings, and together with the colorful lights floating in the river and the flashing lights on the other side of the river constitute the best night scene in Shanghai.

Best Time to Travel The Bund

The best locations for taking a panoramic Bund view are the promenade, the Monument to the People’s Heroes in Huangpu Park, Waibaidu Bridge, and the Oriental Pearl Tower.

There is an eco-friendly mobile charging system with solar photovoltaic power generation at the photography point of the scenic area. It can provide the power of the computer for photographers to print the photos, as well as mobile phone emergency charging service for visitors.

6 thoughts on “The Bund in Shanghai”