Shanghai Transportation, to some extent, is strongly linked to Shanghai Tours. As the most developed city in China, Shanghai has the best transport network compared with other cities in China. At present, the main transportation modes in Shanghai are airplanes, trains, buses, ships and so on. What's more, Shanghai Port is an important hub in China.

How to Get to Shanghai

The transportation from the airports(Pudong Airport and Hongqiao Airport) is very convenient. Visitors can make a transfer by metro, airport bus, maglev, taxi and so on. Therefore, do not worry how to get the downtown. For the detailed information, please click the following links.

How to Get Around Shanghai

As the most developed city, Shanghai has formed the three-dimensional inner-city network. When you come to Shanghai, it is very convenient to travel to many major sights by metro, city-bus and taxi. What's more, the visitors can go to the surrounding cities of Shanghai by long-distance bus.

As of December 2018, there were 16 Shanghai Metro lines in operation, with a total of 415 stations (including 2 maglev stations) and a total mileage of 705 kilometers.

Shanghai's public transportation system is very complete, which is divided into regular routes (covering suburbs), special routes and tourist routes. The number between 300-399 is the night line (23:00 - around 4:00 am). The fare is 2 yuan. And the fare for the suburbs and counties  ranges from 1-11 yuan. Shanghai Transportation – City-Bus is the best way to enjoy the beauty of Shanghai. What's more, it is very convenient to have a Shanghai Public Transportation Card.

Note: Due to the large number of one-way streets, Shanghai buses tend to have different routes. If you are going to return on the same road, it is best to find out where the returning station is before getting off the bus.

The urban sightseeing route consists of two lines with 15 stops, connecting the famous landscapes such as People's Square, Nanjing Road, the Bund, Old City God Temple, Huaihai Road, Xintiandi, Jin Mao Tower, and Oriental Pearl Tower. You can get on and off at any stop.

Shanghai Transportation – Taxi is plentiful in Shanghai and the market competition has driven taxi fare down to affordable prices for the average resident (¥14( ¥18 after 11 p.m.) for the first 3 kilometers). Taking a taxi is a fast and convenient way to get around Shanghai. The city, has the best-managed taxi service in China. Most cabbies know their way around and expertly negotiate the city's busy traffic. Taxis are usually readily available, but hailing one in rush hours is difficult and on rainy days is almost impossible.

Note: 5 minutes waiting equals to one kilometer in charging.

App-based “bike sharing” systems have grown unbelievably fast in Chinese cities since the end of 2016. These bikes appeared in most cities overnight like virus, such as Shanghai, Guangzhou, Shenzhen and other big cities. At present, it has become a popular and healthy transportation option for short distance within 2 kilometers.

As many bridges, tunnels, and subways are built, people have much more choices when traveling across the Huangpu River. However, ferryboats with 100-year's history are still popular choices for pedestrians and cyclists because of their convenience and low price.

At present, there are in total 19 ferry lines serving nearly 40 ferry stations along both sides of the Huangpu River, providing links between Pudong and Puxi.

Huangpu River, a symbol of Shanghai, originates in Dianshan Lake and empties into the Yangtze River at Wusongkou (estuary of Wusong River), which divides Shanghai into its eastern and western parts. The river has been a silent eyewitness to Shanghai's history and its development. Huangpu Night Cruise is a must-do in Shanghai.
Note:  Shanghai Cruise Service Center Inquiry: +86 400 880 9118 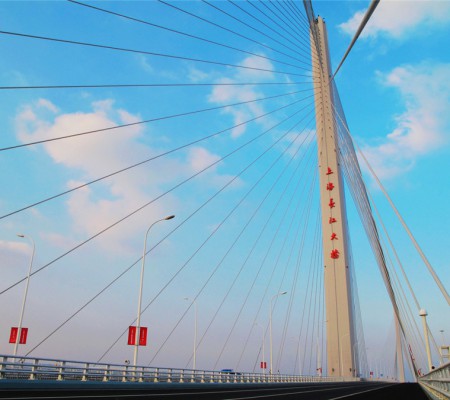 Shanghai Yangtze River Tunnel and Bridge (上海长江隧桥) introduces the main attractions, entrance tickets booking, The best time to visit, How to Get there, the highlights, facts, history, photos, weather,...

Shanghai Ferry (Dongchang Road Pier) is one of the Best Tourist Attractions and Top Things to Do when you travel to Shanghai, it introduces the main scenic spots, entrance...

Yangshan Deep Water Port Yangshan Deep-Water Port is a deep water port for container ships in Hangzhou Bay south of Shanghai. Connected to Shanghai’s Pudong New Area by the Donghai Bridge and forming part of the Port of Shanghai, the islands of  Greater...