The history of Shanghai spans over a thousand years and closely parallels the development of modern China. Originally a small agricultural village, Shanghai developed during the late Qing dynasty (1644–1912) as one of China's principal trading ports. Until 1842 Shanghai's location made it merely a small fishing village. After the first Opium War, however, the British named Shanghai a treaty port, opening the city to foreign involvement. The village soon turned into a city carved up into autonomous concessions administered concurrently by the British, French, and Americans, all independent of Chinese law. Each colonial presence brought with it its particular culture, architecture, and society. Since the economic reforms of the early 1990s, the city has burgeoned to one of Asia's major financial centers and the world's busiest container port.

More about History of Shanghai.

There are many different religious groups found in Shanghai; Confucianism, Daoism (Taoism), Buddhism, Islam, Christianity and Popular Folk Religion. Daoism and Buddhism have the biggest followers in Shanghai, while Shanghai also boasts the largest Catholic presence in mainland China.

In the Three Kingdoms period, Buddhism was introduced to Wu Area(the present Shanghai). During the Northern and Southern Dynasties, the Buddhism has gained the further development.

Christianism is most widely spread in the world and has the world's largest number of believers. Christianism has been introduced to China for 1,300 years. However, the Christian missionaries officially entered Shanghai for missionary activities after the port opening of Shanghai in 1843. The main Christian church in Shanghai as follows:

The introduction of Islam in Shanghai began in the Yuan Dynasty. In the 14th year of the Zhiyuan of Yuan Dynasty, Songjiang Prefecture was established. Sha Quan(沙全) was appointed as the Dargughachi(Darughachi, which originally designated officials in the Mongol Empire in charge of taxes and administration in a certain province, is the plural form of the Mongolian word darugha. They were sometimes referred to governors.) of Songjiang Prefecture. The officers and men of Yuan Army and their families settled in Songjiang. There were Muslims who believed in Islam. Hence, the Islam was brought to Shanghai. The main mosques in Shanghai are as follows:

In the Jin Dynasty, Taoism-Tianshi Taoism was introduced to Shanghai, and began to take shape in the Tang and Song Dynasties. The Songjiang Chenghuang Temple was built during the Song Dynasty.

If you want to know the architecture of Shanghai, Shanghai Urban Planning Exhibition Center is the best place to understand the towering, overarching ambition of Shanghai. In Shanghai, the basic architecture could be divided into two styles, modernized buildings, and traditional buildings such as westernized churches and villas, localized old-style buildings, among which Yu Garden is the typical representative. The Bund, near Huangpu River contains centralized exhibition of early 20th century architecture, ranging in style from neo-classical HSBC Building to the art deco Sassoon House. A number of areas in the former foreign concessions are also well preserved. If you are interested in the traditional Chinese-style buildings, Chenghuang Miao Shopping Center is the best place where you can totally see the traditional Chinese-style buildings. To some extent, many skyscrapers are indicated the level of a city's development, prosperity and internationalization. Shanghai is a notable example of contemporary buildings, like Shanghai Museum, Shanghai Jin Mao Tower.

The authentic Shanghai cuisine is a fine mixture of the cooking styles in neighboring areas like Hangzhou, Ningbo, Suzhou. The Shanghai dishes absorbs the best tastes of these places, therefore, it has become a specialty locally. Shanghai is a place where all kinds of famous snacks gathers. Its taste is different from the pure sweetness of Guangdong and Hong Kong, and also different from the spicy taste of Sichuan and Chongqing. It is famous for its lightness, deliciousness and freshness. There are all kinds of Shanghai'snakes. The most popular among consumers is: soup dumplings, Baiye(a cake of many layers), youmianjing(small circle-shape dumpling made of fine powder). Located in the Yangtze River Delta, the taste of Shanghai food is close to that of Jiangnan, and because of Shanghai's special historical environment, it has created its own unique food culture.

Folk culture is the sum of folk customs and habits, such as clothing, food, shelter, etiquette, faith, fashion, entertainment, etc., which are closely related to people's life. The coexistence of new customs, old customs, local customs and foreign customs in Shanghai folklore promotes the folklore of multiple folk culture, and even the exotic customs. The Shanghai folk custom shows its eclecticism and vitality.

Shanghai and Jiangnan customs have a lot in common due to the special position of Shanghai in the south of the Yangtze River. After its inception, Shanghai became a city densely populated and cosmopolitan mixed. The new situation gave the old custom to add new content. Shanghai customs gradually formed its own characteristics. After the Opium War, the conflict of Western culture and diverse fusion of traditional Chinese culture in Shanghai city form a unique economic, geographical and cultural environment.

The Development of Costumes

Popular costumes in sync with that of Paris

From the late 1920s to the 1940s, it was a glorious period of Shanghai-style costumes. As the largest city in the Far East at that time, Shanghai-style costumes were mainly influenced by Euramerican Fashion. During this period, the new fashionable costumes in Paris would be imported into Shanghai only three-four months later. Under the combination with the proficient skills, the Shanghai fashionable costumes has formed the unique fashion style that is in sync with that of Paris.

The biggest characteristic of modern Shanghai women's costumes is the wearing of cheongsam. The cheongsam was the robes worn by the Manchu Banner women. It was characterized by being wide and straight, and growing down to the feet. The materials used were mainly silk, and the robes were embroidered with patterns, which have not changed for three hundred years. In the early 1920s, there were very few Shanghai women wearing cheongsam. Since the 1920s, cheongsam has become popular among Shanghai women and has gradually spread to other places.

Shanghai's textile printing and dyeing industry was most advanced in the same industry in the country due to the most advanced technology and production equipment. The formation of Shanghai-style costumes began around the mid-nineteenth century. Since then, it has finally attracted the attention of the Chinese people and won the reputation of "Shanghai-style costumes.

Shanghai people still maintain a consistent tradition of costumes, maintaining the exquisite, elegant and fashionable Shanghai-style costumes. The Shanghainese are all carefully dressed, which makes Shanghai's costumes become a fashionable model of the country. Shanghai costumes has become synonymous with fashionable and beautiful, high quality and new costumes.

One of the phrases that perhaps best encapsulates what it's like to live in Shanghai is " so much to do, yet so little time". There are business opportunities and networking events almost every day, as well as promotional events popping up left and right. However, apart from the food, business and shopping, what few people know about is the art and culture, especially the rotating art shows, events, and unique art-related places. Power Station of Art in Shanghai is the best place to experience the art of Shanghai.

Shanghai is a dynamic and cosmopolitan city. Its locals work hard and play harder. They have taken the best of Chinese and Western cultures and have blended them together in a way unique to Shanghai. Shanghai is one of a kind, and its friendly occupants are well known for their hospitality, and their ability to make visitors feel quite at home. Shanghai local's lifestyles combine the best of China's past and present along with some Western cultural aspects making Shanghai's local culture unique in the world. In this cosmopolitan metropolis, visitors can experience both the history, and modernity of Shanghai.

When come to Shanghai, visitors can enjoy a panoramic view of the Bund, experience the Shanghai-style culture-the mixture of oriental and western cultures, and overlook the Lujiazui with a large number of high-rise buildings. Wander around Nanjing Road, Huaihai Road and, Xintiandi to experience the pulse and rhythm of urban life. However, what attracts tourists is not only a modern urban scene, but also a unique tourism culture that belongs to the city. In order to enhance the city's "soft power" and create a new style of citizen culture, since the 1990s, a number of special "festivals" with Shanghai characteristics have been held in Shanghai, Shanghai Film Festival, Shanghai TV Festival, Shanghai Tourism Festival... These "festivals" are gradually integrated with urban culture and become an important symbol and means to enrich the cultural life of the citizens and enhance the image of the city.

More about Shanghai Festivals and Activities.

Many local Shanghainese had ancestors who came from neighboring areas, like Hangzhou, Ningbo, Suzhou and even from remote areas, like Guangdong. Migrant peasants from the neighboring provinces such as Anhui and Jiangxi who come to Shanghai for job opportunities.

The Shanghainese language, also known as the Shanghai dialect, Hu language or Hu dialect, is a variety of Wu Chinese spoken in the central districts of the City of Shanghai and its surrounding areas. It is classified as part of the Sino-Tibetan language family. Shanghainese, like other Wu variants, is mutually unintelligible with other varieties of Chinese, such as Mandarin. Shanghainese belongs to the Taihu Wu subgroup, and contains vocabulary and expressions from the entire Taihu Wu area of southern Jiangsu and northern Zhejiang. With nearly 14 million speakers, Shanghainese is also the largest single form of Wu Chinese. It serves as the lingua franca of the entire Yangtze River Delta region.

If you are interested in traditional crafts and goods, Tianzifang will be the best place for you. With a total of 379 stores ranging from art galleries and studios, to art and craft stores, and others from over 23 countries. Tianzifang is an international creative industry zone and is not only a must-stop for good food and camera-worthy shots, which is also a destination for learning about Shanghai's traditional past.

Since the Qing Dynasty, Shanghai began to engage in trade with London, Japan, France, Rome, Singapore, and other countries. Shanghai people are full of labor intelligence and artistic creativity. It has formed its own traditional crafts in the long history. Shanghai folk arts and handicrafts have rich category and superb variety, such as Shanghai Bamboo Carving, Gu Embroidery, Range of flower and so on.

More about Inheritors of Intangible Cultural Heritage in Shanghai City

The visitors who plan to go to Shanghai will be surprised at the historical and cultural sites in Shanghai. The ancient towns are the first choices for those people who are interested in China's history. What's more, these places are the best choices to take a education tour, which can help students learn more knowledge related to history.

More about Traditional Villages in Shanghai 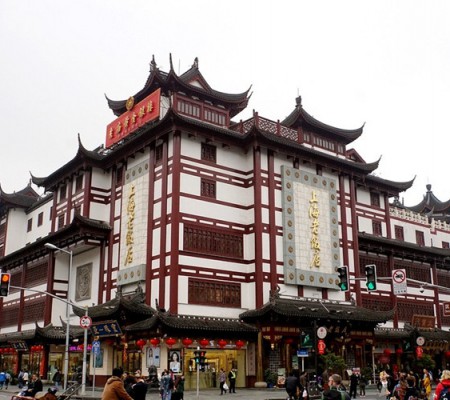 Why is Shanghai Old Street so Special? Entering the old street of Shanghai, you seem to have returned to the prosperous market of Shanghai 100 years ago. This multi-functional... 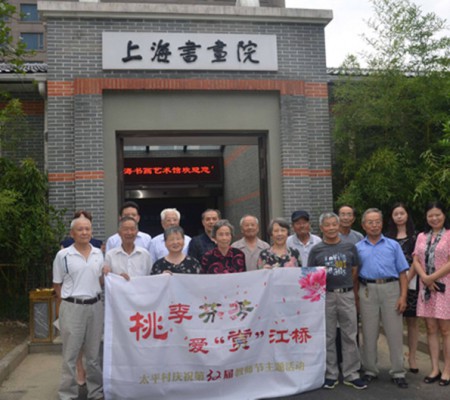 Shanghai Painting and Calligraphy Academy (上海书画院) introduces the main attractions, entrance tickets booking, The best time to visit, How to Get there, the highlights, facts, history, photos, weather, accommodation,... 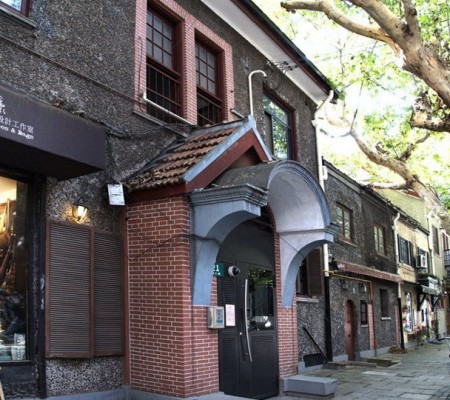