Anshun(安顺) is a prefecture-level city under the jurisdiction of Guizhou Province, located in the central west of Guizhou Province, 90 kilometers from Guiyang, the capital of Guizhou Province. It is known as “the belly of Qian(Guizhou), the throat of Dian(Yunnan), and the lips and teeth of Shu(Sichuan) and Yue(Guangdong)”. Located in the watershed zone of Wujiang River basin of Changjiang River System and Beipanjiang River basin of Pearl River system, it is a typical karst landform concentration area in the world. The average elevation of Anshun City is between 1102 meters and 1694 meters, with a total population of 2.3444 million people and a total area of 9,267 square kilometers. Anshun was once an important center of tea trade, and nowadays, it is still the commercial center of western Guizhou.

Other Destinations in Anshun

Anshun City is located in the central west of Guizhou Province, adjacent to Guiyang, the capital of Guizhou Province, known as "the belly of Qian(Guizhou), the throat of Dian(Yunnan), and the lips and teeth of Shu(Sichuan) and Yue(Guangdong)". Anshun is located in the center of South China karst landform, which is the largest karst landform region in the world, with more than 1200 karst caves and more than 100 waterfalls, scattering rivers and canyons, peak and stone forests, forest and lakes, underground rivers and [...]

Anshun tours are usually related to other top destinations in Guizhou, like Guiyang, Kaili and Libo County, as well as other provinces like Yunnan and Guangxi. Famous for its karst landform, Anshun boasts spectacular natural scenic spots and rich historic culture. Anshun tours will take you to steep waterfalls, Huangguoshu waterfalls, dragon palace cave scenic area and other famous attractions in Anshun, as well as let you experience rich and colorful Tunpu culture at Tianlong Tunpu village. Besides, various tour themes can be chosen in Anshun Tour, such as ethnic minority villages tour, group tour, impression [...] 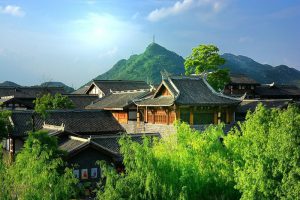 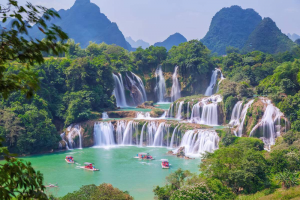 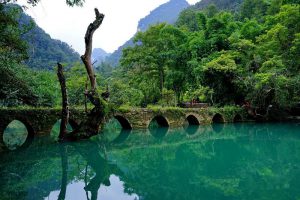 More Anshun Climate & When to Go >>

Anshun was once an important collection and distribution center for commercial goods, and nowadays, it is still the commercial center and important tourists city of western Guizhou. Therefore, it is quite convenient for tourists to find a hotel to stay in Anshun, ranging from luxury hotels economic hotels. Among so many Anshun hotels, you can choose to stay around scenic spots for the convenience of sightseeing, or stay around railway station and bus station for easy going out. Here we have selected some hotels to [...]