Kashgar, a prefecture in west of China and southwest of the Xinjiang Uyghur Autonomous Region, views Tarim Basin in east and Pamirs in west. About 2,100 years ago, it was the meeting point of southern and northern parts of the Silk Road of China part. It is the transportation hub and gateway of China’s economic and cultural exchanges with the west. The Kashgar city of the prefecture is the political, economic and cultural center. In 2010, Kashgar Economic Development Zone was developed as the sixth special economic zone, and it becomes the first domestic special economic zone inland.

Other Destinations in Kashgar

Diverse tourist attractions that cover natural views, cultural ruins and historical sites offer you many choices for visiting. In order to experience the most special visiting and view the must-see tour destinations, and because of the wide land there which may take you long time to get one destination, you are advised to plan your tours before your visiting. Here we would like to give you some tours that you could refer to for your Kashgar visiting, such as [...] 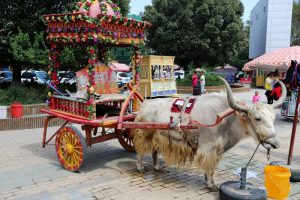 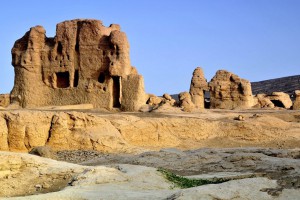 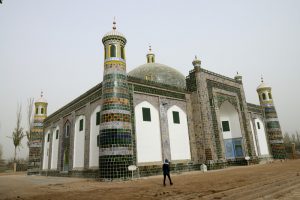 Because of the complex terrain that brings large differences of climate, the climate of Kashgar prefecture could be divided into five part. Firstly, the Kashgar plain climate zones which include northern Kashgar and central alluvial plains. The annual average temperature varies from 11.4 ℃ to 11.7 ℃, with the annual precipitation of from 39 to 664 mm. Those areas see distinct four seasons, with large temperature changes and differences as well as varied rainfall changes. Besides, long time of sunshine, arid [...]

More Kashgar Climate & When to Go >>

The following are some details about Kashgar transportation that you can refer to during your Kashgar traveling. How to Get to & Leave there By Plane Kashgar Airport Located on No.473 Airport Road of Kashgar city, the airport is one of the biggest 4E-level airport branch in China. The airport provides flights to Islamabad of Pakistan and other places in China, such as Xi’an, Urumqi, Yinchuan, Beijing, Korla, Jinan, Hotan, Hangzhou, Chengdu, [...]

Lesser Bairam It is the end of the month of Ramadan. Ramadan refers to the 9th month of the Muslim year when Muslims do not eat or drink between dawn and sunset. During the Ramadan, Muslims are required to restrain all desires and cut off all the evil thoughts to show their earnest beliefs to Allah. The atmosphere of Ramadan is solemn and majestic. Such a life lasts for a month. Corban Festival The festival falls in December 10 in the Islamic calendar. [...]

Kashgar prefecture connects the border trade between surrounding counties like Pakistan and domestic cities and it stands in a key position. The accommodation there develops rapidly to match the need of the prefecture. There are various hotels with all levels in Kashgar. Here are some of them you could refer to. Recommended 5-star Hotels: Qiniwake International Hotel (喀什其尼瓦克国际酒店): Located in downtown of Kashgar, it is 20 minutes’ driving from the airport and 5 minutes’ walking from Id Kah Mosque. Add: No.144 [...]