Lying in the center of the Songliao Plain, Changchun, the spring city in North, called “Xidu (喜都)”, ”Cha’achong (茶啊冲)”, “Huanglongfu (黄龙府)” in the ancient time, is the capital and largest city of Jilin Province, the central city of Northeastern Asian Economic Circle, and one of the famous historical and cultural cities of China. “Changchun” means “long spring” in Chinese, and it is a modern city with a profound inside story, and the earliest automotive and film industrial bases of China, known as the “Detroit of China” and “Hollywood in China”. Apart from this industrial and film aspects, Changchun is also one of four “Landscape Garden Cities” in China.

Other Destinations in Changchun

Changchun is one of the first batch of Excellent Tourism City in China and one of the top ten cities for ice and snow tourism. It possesses a great number of tourist spots. There are many things to do if you want to visit Changchun in Jilin such as visit historical sites or learn the history of Manchu or Changchun itself. Then those places are good options: Capital Cities and Tombs of the Ancient Koguryo Kingdom, Changchun Bomun Temple, Prajna Temple, [...]

As the capital city of Jilin Province, Changchun tours are connected with other top destinations in China, like Shenyang, Dalian and Harbin, etc. Changchun owns many tourist spots in and around itself. And it is convenient to go to other cities near Changchun. Usually you could spend one day to visit tourist spots in Changchun city, three or more days to visit its surrounding scenic areas and even sceneries in other provinces. Following are tour packages we have prepared for you, [...] 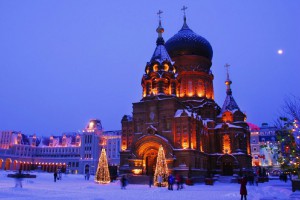 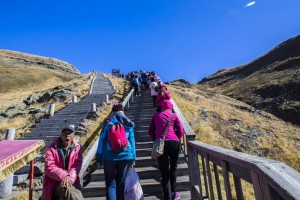 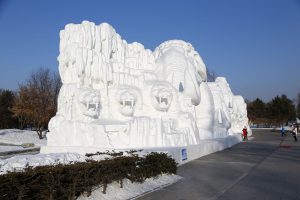 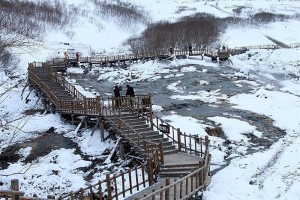 Changchun climate is distinct in four seasons. Located in the transition zone between eastern mountainous humid area and semi-arid area of western plain, it enjoys humid continental climate. Changchun Climate Although the eastern and southern parts of Changchun are not far from the ocean, Changbai Mountain weakened the effect caused by summer monsoon, and because of the flat Songliao Plain in the western and northern parts, the Siberian polar continental air mass could flow freely, Changchun is dry and windy in spring, [...]

More Changchun Climate & When to Go >>

As the capital city of Jilin Province, Changchun is equipped with airplanes, trains and long-distance buses, which are very convenient for travelling. Following are introduction about Changchun transportation, how to get to Changchun and how to get around Changchun.  How to Get to Changchun By Air Located in Jiutai District, Changchun Longjia International Airport is about 32 kilometers away from the center of Changchun. There are more than 100 routes in Changchun Longjia International Airport covering regions including circum-Bohai-Sea, the Yangtze River Delta, [...]

Changchun is the capital city of Jilin Province. There are a great amount of Changchun hotels that provide you plenty of choices. You can choose luxury from five-star hotels to local hotels with sound prices. Below is the list we prepare for you about the best hotels in Changchun. The Best Luxury 5-Star Hotels in Changchun 1. HNA Mingmen Hotel (长春海航名门饭店) Address: NO.4501, Renmin Street, Chaoyang District, Changchun City 长春朝阳区人民大街4501号 Tel: 0431-85565666 2. The Abritz Hotel Changchun (艾博丽思大饭店) Address: NO.888, Guigu Street, Changchun City, [...]