Northeast China, is a good place to enjoy snow joy in winter times. Harbin, is heralded as the Ice City for its well-known beautiful ice sculpture festival in the winter. This 11 days Northeastern China Winter Tour covers the popular cities of Harbin, Jilin, Changchun, Shenyang, as well as Changbaishan. 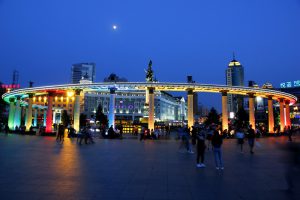 Upon your arrival, met by tour guide and escorted to your hotel for a short rest. Then we will have walk on the Central Street to find some facts about Harbin’s history and culture. Later, visit the largest Orthodox Church in the Far East – St.Sofia Church.

The last stop is the Ice and Snow World, an interesting site that operates each night and features illuminated full size buildings made from blocks of ice. 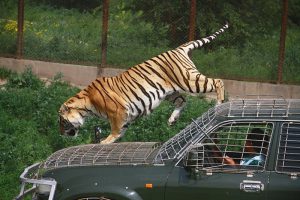 After the visit, transferred to the train station to catch the fast train to Jilin. Your local guide will pick you up and escort you to your hotel in Jilin.

Today we will head to visit Rimed Trees, one of China’s four natural wonders, along with Guilin Landscape, Three Gorges of Yangtze River, and Yunnan Stone Forest Karsts. Then move on to North Mountain Park, with natural landscapes such as mountains and rivers, and ancient temples of Buddhism, Taoism and Confucianism, etc.

The next stop is Meteorite Museum, the only meteorite museum in China. The museum collects most specimens of meteorites in Jilin and 41 meteorite specimens in other countries and territories. 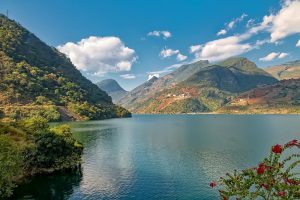 In the morning, head to visit The Museum of Imperial Palace of Manchu State. The palace was the official residence created by the Imperial Japanese Army for China’s last emperor Puyi to live in as part of his role as Emperor of the Japanese puppet state of Manchukuo.

In the afternoon, continue the tour to Jingyuetan National Forest Park. Reputed as the sister of Sun-moon Lake of Taiwan Province, the park is famous for its picturesque scenery.

Today we will drive about 5 hours to Changbaishan West Slope. Then explore this place on your own.

In the morning, take the bus to the mountain and enjoy the wide variety of plant life in this area. We will hike about 1 hour to one of the tops to get a panoramic view of Heaven’s Lake.

Then move on to North Slope and stay overnight here.

In the morning, depart from the hotel and head to take a jeep ride to one of the tops to get a panoramic view of Heaven’s Lake. Then go to appreciate the 68m Changbai waterfall. Enjoy the hot spring by the waterfall (extra 100RMB) if you like. Then continue to visit the Underground Forest.

After breakfast, take the bus back to Changchun and arrive at Changchun at around 5:30pm. 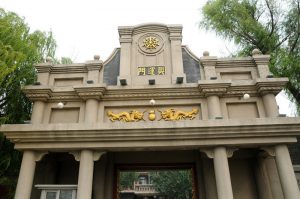 Today we will take the fast train to Shenyang. Upon arrival, met by the tour guide and transferred to hotel for a rest.

In the morning, we will visit Benxi Water Cave, the longest underground water-filled caves found in the world. Then move on to North Tomb, the tomb of the second Qing emperor, Hong Taiji, and his empress Xiaoduanwen Borjite.