Tongren city is adjacent to Qiandongnan prefecture in the south, Zunyi city in the west, Chongqing city in the north, and Xiangxi prefecture and Huaihua city in Hunan province in the east. It is the bridgehead connecting southwest China to the central and eastern areas, known as the gateway of eastern Guizhou. Transportation in Tongren is relatively convenient.

How to Get to Tongren

You can choose to take plane, train, long-distance bus and other ways to get to Tongren.

Tongren Fenghuang Airport was built in 1958. It was first opened in 1972 and closed in 1982. In 2001, the reconstruction and expansion project of Tongren airport with an investment of 163 million yuan was completed, and the airport resumed the navigation again. The airport is 21 kilometers away from Tongren city, and 34 kilometers away from Fenghuang county in Hunan. Airport mainly serves Tongren of Wuling mountain and Xiangxi Prefecture. It has opened air routes to Guiyang, Beijing, Shanghai, Guangzhou, Shenzhen, Kunming, Hangzhou, Changsha, Xiamen and other cities. It is one of the important air traffic hubs in Wuling mountain area.
Address: Daxing Subdistrict, Songtao County, Tongren铜仁市松桃苗族自治县大兴街道
Tel:
0856-5938058/0856-5938015

Hunan-Guizhou railway compound line and Chongqing-Huaihua railway pass through Tongren city, with the total length of 118 kilometers. The Shanghai-Kunming railway passenger dedicated line within Tongren is 36.65 kilometers in length and has a designed speed of 350 kilometers per hour. The total length of Tongren to Yuping railway is 47.7 kilometers with a design speed of 200 kilometers per hour, which has been put into use. There are three main railway stations in Tongren, Tongren railway station, Tongren South Railway Station and Yuping Railway Station.

Trains from Guiyang to Tongren

Since taking train takes less than 2 hours from Guiyang to Tongren, and taking airplane takes only 1 hour, it is recommended to take train or airplane. Surely, long-distance buses are also available. But it takes much more time and slightly less money than by train. All districts and counties in Tongren have their own long-distance bus stations.

How to Get Around Tongren

In the city, it is convenient to travel by taxi and taking taxi is not too expensive. The base price is for the beginning 3 kilometers: 3 yuan for one person; 4 yuan for two persons; 5 yuan for three or more persons. The starting price is 5 yuan from 22:00-23:00 and after than it goes up to 6 yuan. Then every additional kilometer costs 1 yuan. 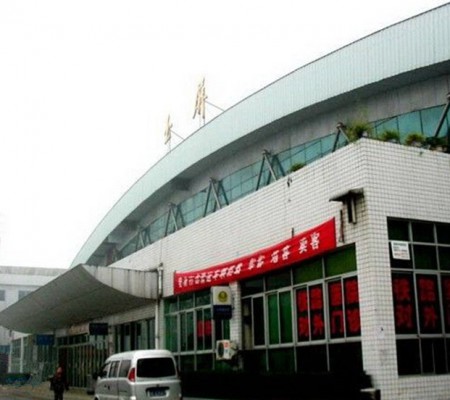 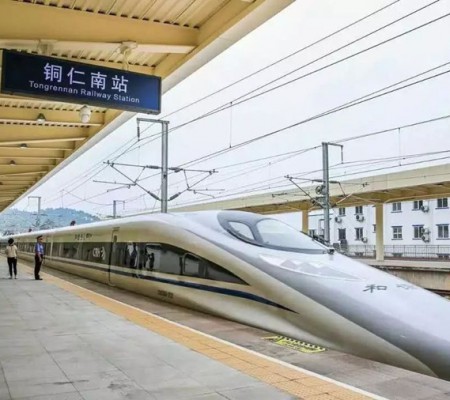 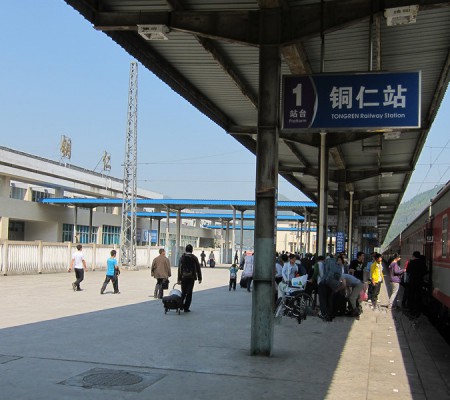 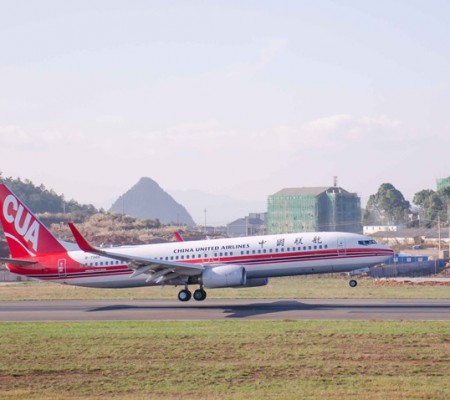 Tongren Fenghuang Airport (IATA: TEN, ICAO: ZUTR) is an airport serving the city of Tongren in Guizhou Province, China. It is located in the town of Daxing in Songtao Miao Autonomous County, 21 kilometers from Tongren and 34...