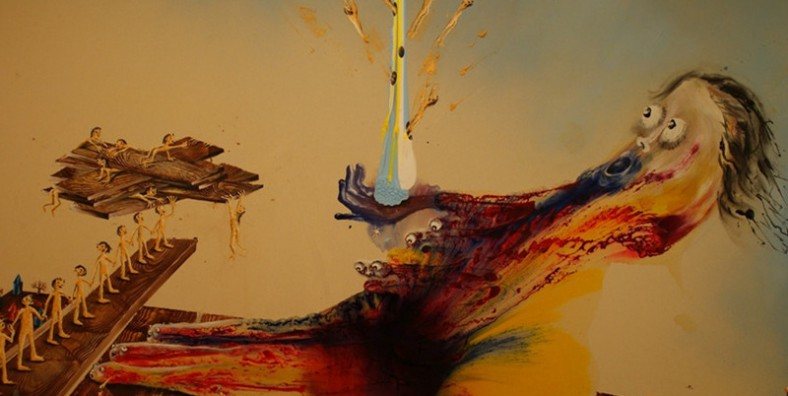 The China Art Museum, also called the China Art Palace or its original name, Shanghai Art Museum, is a museum of modern Chinese art located in Pudong, Shanghai. The museum is housed in the former China Pavilion of Expo 2010. It is one of the largest art museums in Asia.

Attraction Type: Art Museum, One of the Largest Art Museums in Asia

Why is China Art Museum in Shanghai so Special?

The China Art Museum, also called the China Art Palace or its original name, Shanghai Art Museum, is a museum of modern Chinese art located in Pudong, Shanghai. The museum is housed in the former China Pavilion of Expo 2010. It is one of the largest art museums in Asia.

Where is China Art Museum?

On 13 November 2011, the Shanghai Municipal Government announced that the China Pavilion of Expo 2010 would become the new home of the Shanghai Art Museum and be renamed to China Art Museum.

The China Art Museum has a collection of about 14,000 artworks, mainly of Chinese modern art.

“The Bright Moon Rises from the Sea – Origin of the Chinese Modern and Contemporary Art” (海上生明月—中国近现代美术之源) is a permanent exhibition that chronicles the development of contemporary and modern Chinese art, starting with the Shanghai School at the end of the Qing Dynasty. It is divided into three periods (Qing, the Republic of China, and the People’s Republic of China) and ten units, covering two floors with more than 6,000 works of art. The exhibition is curated by Lu Fusheng (卢辅圣).

The Exhibition for Noted Painters (名家艺术陈列专馆) is a permanent exhibition that showcases works by some of the most famous modern Chinese artists. The first phase features the works of seven artists: He Tianjian, Xie Zhiliu, and Cheng Shifa from the Shanghai School; Lin Fengmian, Guan Liang, and Wu Guanzhong who pioneered the blending of Chinese and Western art styles; and Hua Tianyou, a founder of modern Chinese sculpture.

Art Featuring the History and Culture of Shanghai

This exhibition showcases artworks created for a government project that encourages artworks featuring Shanghai’s historical and cultural development. The themes include people, historical events, folk customs, and architecture. The project lasted three years from 2010 to 2013.

“The Picturesque China – Developing Chinese Fine Art in the New Century” (锦绣中华—行进中的新世纪中国美术) was a year-long exhibition that features 21st-century artworks created by more than 260 Chinese artists. It was divided into five units. The exhibition ended on 30 September 2013.

The museum frequently hosts special themed exhibitions. In its first year of operation it hosted more than a dozen special exhibitions including Taiwanese art, the second Shanghai Photography Exhibition,[18] and Gustave Courbet and Jean-François Millet from the collection of the Musée d’Orsay of Paris.

3.Tickets:Visitors can get the free tickets when they arrive there.