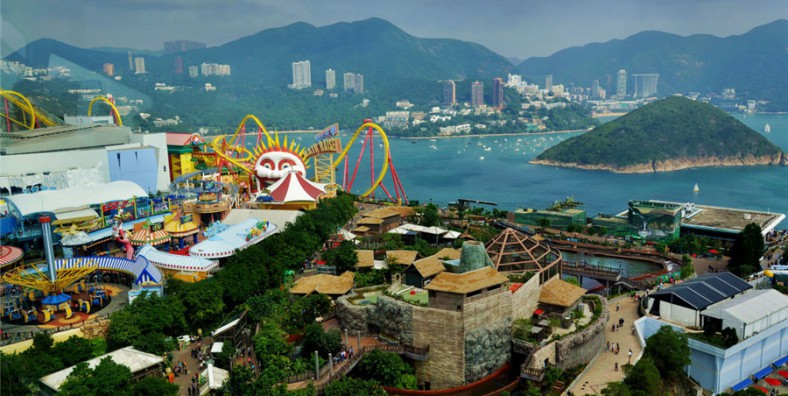 Best Time to Visit: June to February of the next year

Why is Ocean Park in Hong Kong so Special?

Where is Ocean Park?

It is located on the southern side of Hong Kong Island, with an area of more than 915,000 square metres.

Opened in January 1977 by the Governor of Hong Kong, Sir Murray MacLehose, Ocean Park was constructed as a subsidiary of the Hong Kong Jockey Club, with HK$150 million of funding. On 19 February 2019, Ocean Park Hong Kong’s hotel, Hong Kong Ocean Park Marriott Hotel, officially opened to the public. The Park’s expansion steadily grew visitor numbers to 7.6 million in 2014, making it the world’s 13th most visited theme park, and one of the largest theme parks in Asia. Since this high, visitor numbers have declined to around 6 million in 2016 under the background of declining tourist arrivals in Hong Kong. In January 2017, the Ocean Park saw a 30% surge in visitors, credited to a new MTR line, big discounts and an early Lunar New Year holiday.

Adventures in Australia
Adventures in Australia brings you on a quest to meet vibrant and captivating Australian animals in Hong Kong! Watch the furry koalas perched on branches and red-necked wallabies springing about, and don’t miss the sweet serenade of the laughing kookaburras! Discover the rich history of Australia while discovering how you too can adopt a Lifestyle of Health and Sustainability (LOHAS).

Shark Mystique
A journey deep underwater to meet over a hundred sharks and rays that shatters the myths surrounding them, including the sawfish with a saw-like rostrum, and the zebra shark with leopard-like spots! Discover their beauty from 360 degrees at this exciting exhibit.

Thrill Mountain
In this zone, guests can dangle off a cliff on the floorless roller coaster, Hair Raiser, or hang upside down while swinging on The Flash. Soar with The Aviator to feel the sensation of flight, before knocking around on bumper cars. Don’t leave without a ride on Rev Rooster, a high-speed and energetic classic.

Rainforest
Hop aboard a raft and become immersed in the exotic sounds of a tropical rainforest. On this journey, you’ll encounter some of the most fascinating animals in the world! Catch the antics of the world’s smallest monkey, the pygmy marmoset; or see weirdly wonderful critters, including the capybara, the world’s largest rodent, and kinkajou, as well as the green aracari, the world’s smallest toucan.

Aqua City
In this world-class marine-themed area, you can watch Symbio, a multi-sensory show featuring the world’s first 360-degree water screen, embark on a journey of exploration into the Grand Aquarium, or view marine life from the world’s largest aquarium dome or through a giant viewing panel eight by 13 metres large. Make sure you drop by Neptune’s Restaurant for Hong Kong’s first aquarium dining experience!

Amazing Asian Animals
At the Amazing Asian Animals exhibit you can visit some of Asia’s rarest animals. Take an interactive journey of discovery at the Giant Panda Adventure where you’ll get to know some of Asia’s most precious native animals, including giant pandas, red pandas, Chinese giant salamanders and Chinese alligators. Admire the spectacular display of goldfish at the Goldfish Treasures exhibit, or visit the colourful birds and playful Asian small-clawed otters at Panda Village.

Learn the secrets of this elusive tundra predator in surviving one of the most unforgiving environments on earth! Discover how their short limbs and long, bushy tails help adapt them to the extreme cold, as well as see how their fur changes colour from dark brown in the summer to white in the winter. The exhibit highlights the impact of humans on their habitat while covering key behaviours of this species.

Nearby Attraction in Hong Kong