Located in a subtropical region, Hong Kong enjoys a subtropical monsoon climate, featuring distinct seasons with an annual average temperature of 23.3℃. The temperature may fall below 10℃ in winter and rise above 31℃ in summer. Rainfall is concentrated from May to September, accounting for about 80% of the annual rainfall. There is plenty of rainfall throughout the year, flowers bloom all the year round, spring is warm and foggy, summer is hot with plenty of rainfall, autumn is sunny and sunny, and winter is slightly dry and cold.

Hong Kong enjoys a sub-tropical climate, tending towards temperate for nearly half the year. During November and December there are pleasant breezes, plenty of sunshine and comfortable temperatures. In Hong Kong, the wet season is hot, oppressive, and overcast and the dry season is comfortable, windy, and mostly clear. Over the course of the year, the temperature typically varies from 57°F to 89°F and is rarely below 49°F or above 93°F. 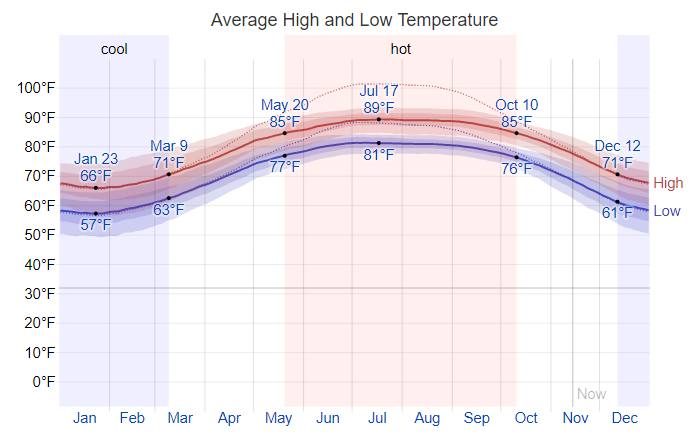 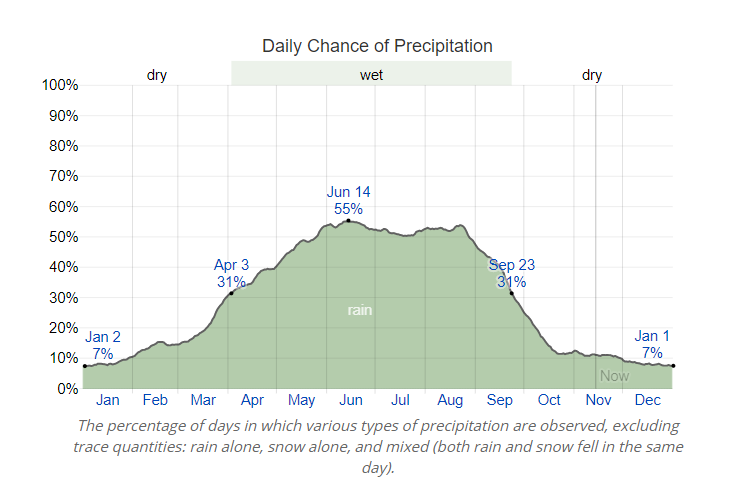 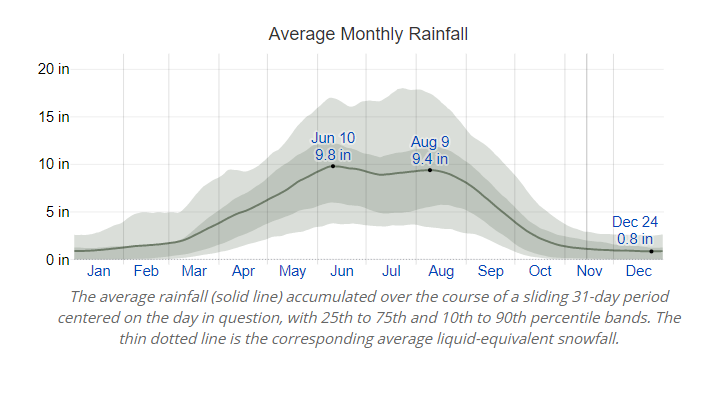 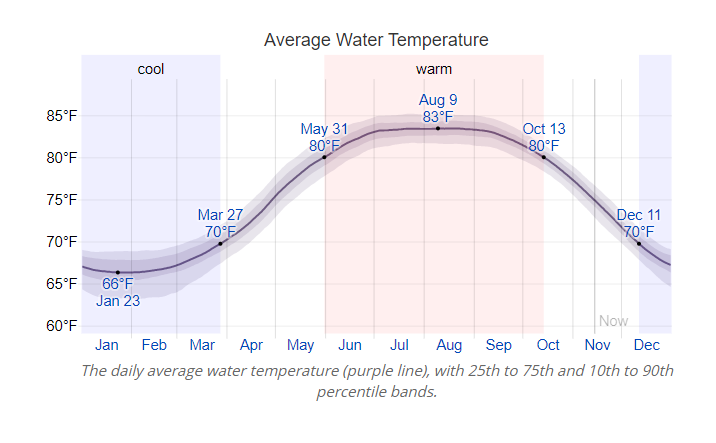 Hong Kong Four Seasons and What to Pack

Hong Hong climate features 4 distinct seasons: warm and humid spring, hot and rainy summer, sunny pleasant autumn and cold and dry winter. The area is prone to thunderstorms and cyclones from May to November as well as typhoon season in September.

Spring: March to May

Humidity and temperatures combine to make this season feel warm.  Rain is somewhat common with 3 to 11 days of significant precipitation per month. Spring is the second busiest for tourism, which makes it a good time for those looking for things to do.

Average Temperatures by Month: March: 73 F (23 C)/68 F (20 C), April: 77 F (25 C)/72 F (22 C), May: 86 F (30 C)/79 F (26 C)
Appropriate Clothing: Goggles and a snorkel might be the best advice—but seriously, some effective waterproofs are a must, as well as shorts and T-shirts for warmer days and sweaters for evenings.
Things to Do: In spring, Hong Kong begins nicely-known flowering season, this time of year is the most favorable for visiting the local Botanical gardens and tourist outings. In addition, at the end of the second month, the lucky traveler can join in on the festivities noisy carnivals all through Hong Kong. This festival is dedicated, archaic goddess-the patroness of the seas, known as tin Hau.

Summer in Hong Kong city is very hot and humid with temps of 32 degrees Celsius and over in the hottest months of July and August. There are also frequent thunderstorms and the occasional typhoon during this season. June – August is the slowest season for tourism in Hong Kong, so lodging and other accommodations may cost less than usual.

Average Temperatures by Month: June: 86 F (30 C)/82 F (28 C), July: 88 F (31 C)/82 F (28 C), August: 88 F (31 C)/82 F (28 C)
What to Pack:  Bring plenty of T-shirts and shorts, although those who easily burn in the sun may want to consider long sleeves or high factor sunscreen. A raincoat is useless, take an unbrella.
Things to Do: Summer is time beach holiday. Late summer is the best time for European tourists to visit Hong Kong. The air and water temperatures are about the same and range in the region of 25 degrees, what is the optimal weather condition for a beach holiday and for visiting the many local attractions and outings.

The short autumn season brings drier and cooler conditions with plenty of sunshine making it an ideal time to get outdoors and hike around Hong Kong’s many walking trails. It rains or snows a significant amount: 3 to 9 days per month. Tourism is the busiest during these months due to the stable weather condition, so hotels may be higher priced.

The winter months in Hong Kong are dry and mild, although the occasional cold front can see the temperature drop suddenly to below 10 degrees Celsius before climbing back up again. On average, it rains or snows a smalll amount: 2 to 3 times per month. These times of year are fairly slow with tourists.

Typhoon season begins in May and ends in November. But as you can see even in April, October or November it is possible to have a typhoon, but that doesn’t happen very often. On average, about 30 tropical cyclones form in the western North Pacific or China Seas every year, and about half of them reach typhoon strength (maximum winds of 118 kilometres per hour or more).

When a typhoon is approaching, warnings are broadcast on television and radio. There are various degrees of warning signals issued by the Hong Kong Observatory, but when the no. 8 signal is in place, most businesses and shops close down and flights may be cancelled. There is a separate warning system for heavy rain.  If you happen to visit Hong Kong in the typhoon season, you should not venture out too far when the typhoon warning is level 3 or less, but stay indoors when it is higher. All shops and banks are closed when a level 8 typhoon warning is given. 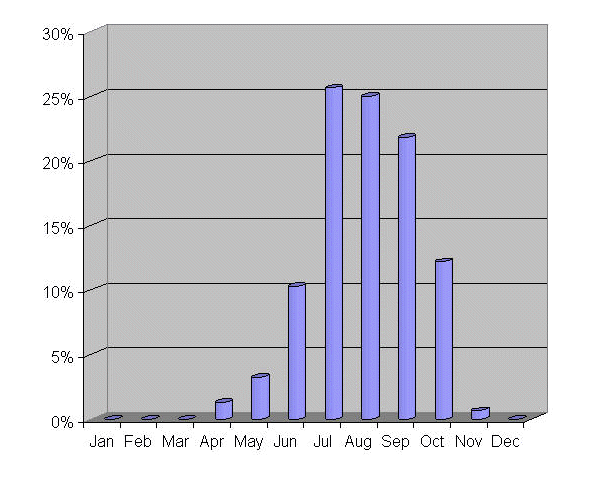 The Peak Season and Off-season in Hong Kong

The busiest month for tourism in Hong Kong, Hong Kong is September, followed by October and April. Prices for hotels and flights will be most expensive during these months, though you can save if you purchase well in advance. Tourists are unlikely to visit Hong Kong in December. Those willing to visit at these times will likely find it the least expensive month.

Visit Macau in January and find the information with temperature, precipitation, weather and climate in January, climate graph, 15 days Macau weather forecast in January, What Clothes to Wear...

Visit Macau in February and find the information with temperature, precipitation, weather and climate in February, climate graph, 15 days Macau weather forecast in February, What Clothes to Wear...

Visit Macau in March and find the information with temperature, precipitation, weather and climate in March, climate graph, 15 days Macau weather forecast in March, What Clothes to Wear...

Visit Macau in April and find the information with temperature, precipitation, weather and climate in April, climate graph, 15 days Macau weather forecast in April, What Clothes to Wear...

Hong Kong Weather and Climate in May

Visit Macau in May and find the information with temperature, precipitation, weather and climate in May, climate graph, 15 days Macau weather forecast in May, What Clothes to Wear...

China Travel in May    Veiw

Visit Macau in June and find the information with temperature, precipitation, weather and climate in June, climate graph, 15 days Macau weather forecast in June, What Clothes to Wear...

Visit Macau in July and find the information with temperature, precipitation, weather and climate in July, climate graph, 15 days Macau weather forecast in July, What Clothes to Wear...

Visit Macau in August and find the information with temperature, precipitation, weather and climate in August, climate graph, 15 days Macau weather forecast in August, What Clothes to Wear...

Visit Macau in September and find the information with temperature, precipitation, weather and climate in September, climate graph, 15 days Macau weather forecast in September, What Clothes to Wear...