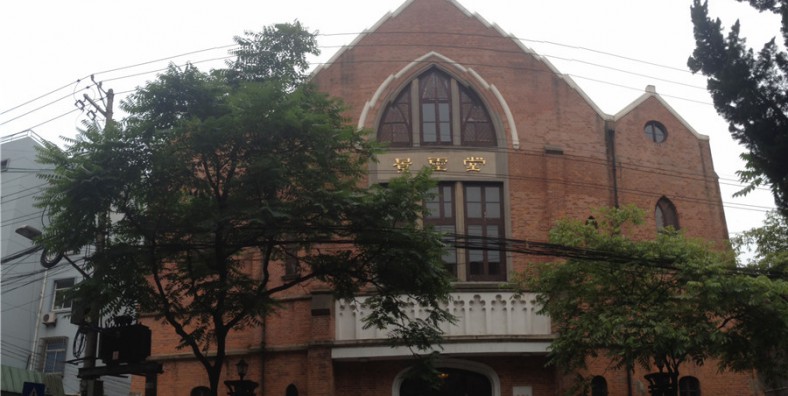 The Young John Allen Memorial Church was built in 1923 and named after the American Methodist missionary who founded the Anglo-Chinese College in the 1880s, located across the street. It was frequented by the Soongs back in the 20s and 30s, and it’s allegedly where Chiang Kai-shek was baptized in 1930. During the Cultural Revolution, much of the interior was destroyed. Originally named “Jinglin Church” (景林堂), taking the first character of Young John Allen’s Chinese name Lin Lezhi (林乐知) and meaning something like “Revere Allen Church”, it was renamed “Jingling Church” (精灵堂) in 1981. It’s got a two-story building and a three-story main building. They hold weekly Sunday services in Chinese.

Why is Young John Allen Memorial Church So Special

The Young John Allen Memorial Church was built in 1923 and named after the American Methodist missionary who named Young John Allen. The church is a famous Protestant Christian Church in China. The church initially had a floor area of 720 square meters, which was expanded to 811 square meters in 1983. Now the church includes two buildings, one is of 2 storeys and the other is 3 storeys.

Allen was born in Burke County, Georgia, USA, the son of Andrew Young John Allen and Jane Wooten Allen. His father died in November before his birth in January and his mother died twelve days after his birth. His father left him a comfortable patrimony which was managed well by William Norsworthy, the guardian chosen by his parents. However, by the dying request of his mother he was given to the care of her sister, Nancy, Mrs. Wiley Hutchins. He was fifteen years old when he learned that his name was not Hutchins but Allen. His foster parents moved with him to Meriwether County, GA., where he attended the brief annual sessions of an old fashioned school from 1842 to 1850.

Although the families, his own and his foster parents, were members of the Primitive Baptist Church, Young Allen came under Methodist influence and in 1853 was converted and at the same time felt himself called to the Christian ministry. Warren Akin Candler (of the Coca-Cola Candlers) described Allen’s conversion to Christianity while attending high school at Looney’s school in Starrsville, Georgia in September 1853. After one term at Emory and Henry in Virginia, Young Allen entered Emory College in the fall term of 1854 and graduated with honor on July 21, 1858. On July 22, 1858, he married Mary Houston, daughter of Samuel and Sarah Germany Houston who was born February 16, 1839 in Coweta County, Georgia. She graduated on July 14, 1858 from Wesleyan College at Macon.

How to Get to Young John Allen Memorial Church

Other Famous Churches in Shanghai