Shanxi is a plateau province of North China. It is a region with more than 3,000 years history according to the written records. A place be regarded as the cradle of Chinese Civilization. Traveler will explore World Cultural Heritages, beautiful natural views and ancient Chinese histories during this trip.

Arrival at Datong Railway Station in the evening , you will be welcomed by our local guide and then transfer to hotel. 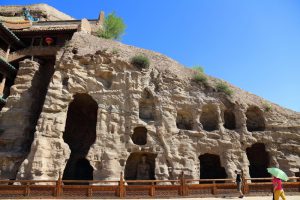 After breakfast, you will drive to Yungang Grottoes. The grand Yungang Grottoes are located at the south cliff of the Wuzhou Mountain in the western suburbs of Datong City. Originally built in the Northern Wei Dynasty, they are generally reckoned to be one of the largest grottoes in China .The grottoes are chiseled along mountains and stretch continuously for as much as 1000 meters from east to west .There are 53 caves with 252 niches for over 51000 statues of varied sizes. In 2001, they were included on the World Heritage List by the UNESCO.

Then transfer to Hanging Temple. The Hanging Temple was built on the steep cliff hemmed in by a precipice on either side of the Cuiping Peak on the western Jinlong Gorge the foot of the Hengshan Mountain .The temple was built in the 15th year of the reign of the North Wei Emperor Taihe, and originally rose 90 meters above the ground , although now this has been reduced to only 58 meters due to years of salt building up on the rive bed . It is made of wood with a framework structure.

After Yungang Grottoes and the Hanging Temple, you will drive to Wutai mountain and check-in at the hotel. 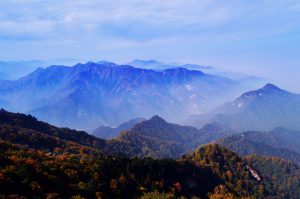 After lunch, you will drive to Taiyuan and visit the Twin Pagoda Temple. The Twin Pagoda Temple is also called the Yongzuo Temple. Situated in the southeast of the downtown area of Taiyuan City, it was built in 1608, that is 36th year of the reign of Emperor Wanli of Ming Dynasty. It comprises the Sheli Pagoda and the Wenfeng Pagoda. As the highest building of all the existing ancient architecture in Tiauan City. It has become a significant landmark.

Then transfer to hotel and check-in. 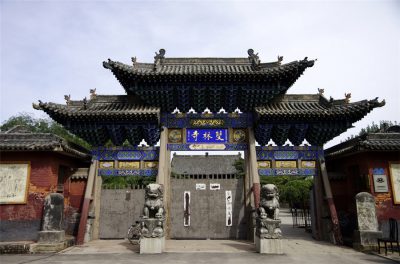 Today, you will drive to Jinci Ancestral Temple. The Jinci Ancestral temple, 25Km southwest away from downtown Taiyuan City , Shanxi Province , is located at the foot of Xuanweng Mountain . It was built to memorialize the first Duke of Jin State-Tang Shuyu in the Zhou Dynasty. Construction began during the Western Zhou Dynasty. It is the oldest and the most representative of its kind, it is the only example to combine ancient Chinese ancestral temple and garden arts .Its scenic spot composed of architecture, sculptures, and traditional landscaping.

Then visit Chang Family Estate. Located in Chewang Village, Dongyang Town, the southwest part of Yuci District, the Chang Family Estate is architecturally representative of China’s intellectual merchants. Featuring both the power of the courtyard architecture of north China and the delicate beauty of southern garden constructions, the estate is a combination of buildings, platforms, corridors, pavilions and pagodas. It was first built in the late Ming Dynasty and the early Qing Dynasty.

Continue to Shuanglin Temple and Zhengguo Temple. Shuanglin Temple is located in Qiaotou Village, 6Km southwest of the ancient city of Pingyao. As a key cultural relic under state protection, it was added to the World Heritage List by the UNESCO in 1997. The temple houses a collection of priceless art treasure, such as the Chinese scholar tree dating back to the Tang Dynasty, bells cast in the Ming Dynasty, and various painted sculptures and examples of ancient architecture .

The Zhenguo Temple is situated 15Km northeast of Pingyao, the ancient city. It is one of the two temples connected with Pingyao that has been included on the world cultural heritage list. It was first built in 963. Its major architectural features include the Tianwang hall, the Drum Tower, the 10000 Buddha Hall and the Guanyin Hall.

In the evening, you will arrive at Ancient City of Pingyao and check-in at the hotel. 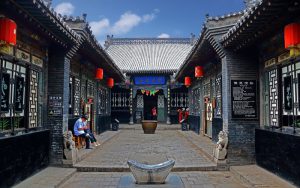 Today, you will take a walk in the Ancient City of Pingyao. Pingyao, is located to the southwest of Taiyuan in central Shanxi. Known for its history and culture, it was added to the World Heritage List by the UNESCO in 1997. The World Heritage Committee recognizes it as the most intact best-preserved ancient county seat in China and an outstanding example of the cities of Han ethic group during the Ming and Qing Dynasties. It has a history of over 2700 years, up to this day, its city walls, streets, civilian residential houses, shops and temples still maintain the basic styles and features of the Ming and Qing Dynasties.

Sightseeing and Activities:
Accommodation:
Meals:
Check-out and transfer from Pingyao to Airport in Taiyuan