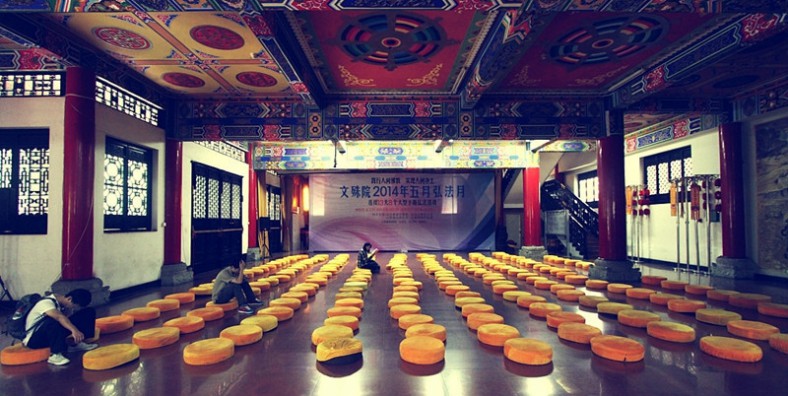 Why is Wenshu Temple So Special?

Wenshu Temple is a famous Buddhist temple and the provincial cultural relics protection unit in Sichuan. It is also one of the four Chinese Zen Buddhism temple in southern China. With its last reconstruction finished in 1706 during the Qing Dynasty, Wenshu Temple (or Wenshu Monastery) is the best-preserved Buddhist temple in Chengdu and makes for a serene place to stroll and get a glimpse of local Buddhist culture.

Where is Wenshu Temple?

Wenshu Monastery is located at the downtown of Chengdu City, and it’s address is No. 66 Wenshuyuan Street, Qingyang District, Chengdu. And the temple lies about 3 km from Chengdu Railway Station, and 21 km from Chengdu Shuangliu International Airport.

How to Get to Wenshu Temple?

If you want to get rid of hustle of transportation and troublesome navigation, you can book a private tour package which covers visiting, dining and transfer from us. Our local tour guide and driver will escort you to Wenshu Temple with speed and convenience, and take care of all the details. You just need to focus on travel.

What to See in Wenshu Temple?

Buddhist Sarira is the most precious thing in Buddhism, which means Buddhist bone relic. And there is one  in the Chenjing Tower of Wenshu Temple. This Buddha Sarira was once hidden in the niches of the temple, until recent years, a tower has been built for public worship the Buddha Sarira.

There are many paintings and calligraphy of Ming and Qing Dynasties in Wenshu Temple. The most famous ones are the “Konglin” (Empty Forest ) give by Kangxi Emperor in 1720 and “Haiyue” (Moon above the Sea) which was imitated by Kangxi Emperor.

Bronze Avalokitesvara is a bronze statue with fine crafts and a jade Buddha from Burma. The statue is very lively and the design of the beast is unique and lovely. It reflects the high carving and casting level in Qing Dynasty. The statue shows the great artistic and cultural values and offer precious materials for the researches in Chinese ancient sculptures and casting techniques.