The Astana Tombs in Turpan 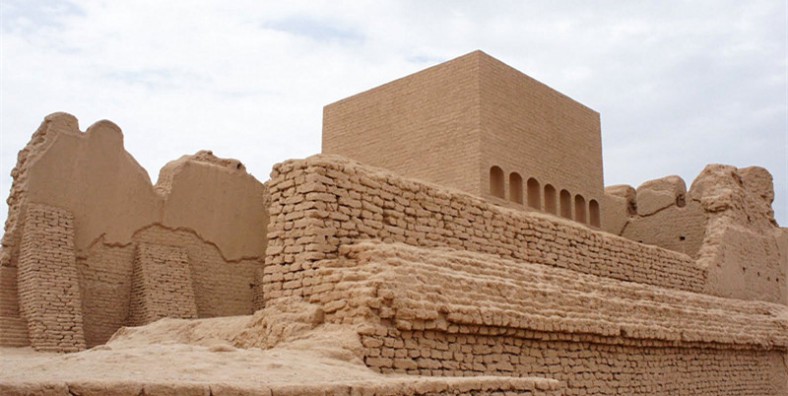 Therefore, it is also called "Gaochang's living historical archives are the underground museums in Turpan area" by scholars today. The Astana tombs were listed by the State Council as national key cultural relics protection units in 1988.

Why is The Astana Tombs So Special?

The Astana-Karakhoja Ancient Tombs(吐鲁番市阿斯塔那古墓群) are part of the Underground Museum of Turpan and the Living Archives of Gaochang. Astana means capital in Uigur; Karakhoja was a Uigur hero who protected his people from a vicious dragon.

Where is The Astana Tombs

The tombs are located 42 km (26miles) southeast of Turpan city and 6 km (3.7miles) from the Ancient City of Gaochang. The tombs were the public cemetery of the ancient Gaochang residents, both aristocrats and commoners. Among the excavated 456 tombs, the Gaochang king’s has not been found.

History of The Astana Tombs

It is a public cemetery for officials and civilians in Gaochang city and countryside in ancient times. It was formed in the 3rd-8th century A.D. about 1700 years ago.

Brief Introduction of The Astana Tombs

Astana Cemetery is a public cemetery for residents of Gaochang City from the Western Jin Dynasty to the Tang Dynasty, with a total area of about 10 square kilometers.  Since 1959, archaeologists have carried out 13 archaeological excavations and cleared nearly 400 tombs from the Western Jin Dynasty to the Tang Dynasty.  The paintings seen in the tomb include murals, prints, paper paintings, silk paintings, linen paintings and other forms. The contents can be divided into figure paintings, flower-and-bird paintings and astronomical maps.  Unearthed are clay sculpture and wood carving figurines, silk flower, painted pottery pots, silk, wool, cotton and hemp fabrics.  In addition, more than 2,000 documents have been unearthed, covering a wide range of aspects of social life such as politics, economy, military affairs and culture.  Hundreds of thousands of ancient corpses in the tomb are precious human specimens for studying the ethnic and national characteristics of Xinjiang residents in history.

Main Attraction of The Astana Tombs

The tombs are 5 kilometers (3.1 miles) from east to west and 2 kilometers (1.2 miles) from north to south. Gravel borders divide graves by family. The burial order of patrilineal families is strictly followed, similar to the system in Hexi Corridor (today’s Gansu Province) and even in central China. Generally speaking, husband and wife are buried together. In some cases, a man is accompanied by two or three women.

A slope over 10 meters (32.8 feet) long leads to the cabin. The room is 2 meters (6.6 feet) high and has a flat top or dome. The deceased was placed on a clay or wooden bed behind the chamber of secrets. They hold wood in their hands and wear cotton, linen or silk clothes. They were surrounded by tiny pavilions, carriages, parades, musical instruments, chess, pens and ink, grapes, melons, dumplings and pancakes-for the dead of another world. Due to the arid climate, the remains are well preserved. Dumplings are the same as today’s, and the stuffing is as good as fresh. Some interiors are decorated with vivid murals of human beings, animals, flowers, mountains and rivers. A picture of women playing chess depicts the happy life of nobles in the early Tang Dynasty (618-907).

Among the more than 10,000 cultural relics unearthed, there are more than 2,700 books, epitaphs, paintings, clay figurines, pottery, wood, gold and stone tools, ancient coins, silk and cotton fabrics. The time recorded in the book ranges from 273 to 772.

The tombs are mainly of Han nationality, and there are also tombs of Chai, Turkic and Xiongnu ethnic minorities. The structure and location of the tomb show that the Han nationality is the majority in Gaochang area and all nationalities enjoy equality.

It is worth noting that the mummies here are superior to Egyptian mummies in quantity and quality, providing precious specimens for anthropology, history, medicine and ethnology. The mummy of the famous general Gao Chang is 1.90 meters (6.2 feet) tall, with well-preserved beard and clothes.