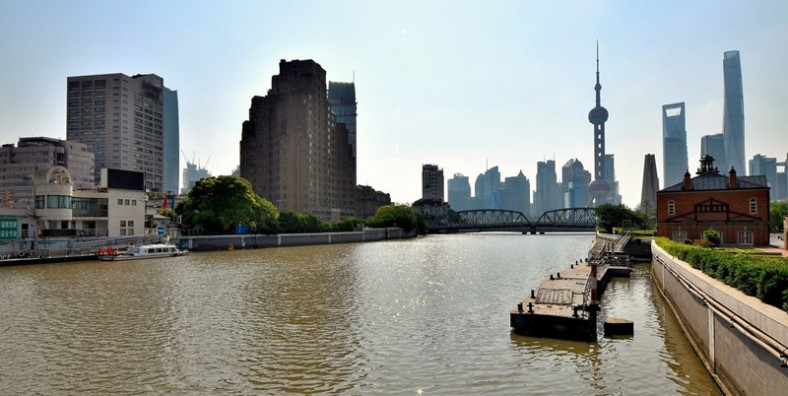 The coast of Suzhou River was the center of Shanghai's initial formation and development, which gave birth to almost half of ancient Shanghai. It took another 100 years to become the water framework for building an international metropolis Shanghai.

Why is Suzhou Creek so Special?

Suzhou River was named after Suzhou City in Jiangsu Province by foreign businessmen. When Shanghai opened its commercial port in the middle of the 20th century, they always cruised to Suzhou along the river. The romantic movie “Suzhou River” released in 2000 chose the river as its theme and won the Shivos Tiger Award at the 29th Rotterdam International Film Festival and the Best Film at the 15th Paris International Film Festival in the same year.

Where is Suzhou Creek?

Suzhou River, also known as Suzhou River, Suzhou River and Wusong River, is one of the tributaries of the Yangtze River. It originates from Taihu Lake and finally enters Huangpu River east of Waibaidu Bridge, winding about 125 kilometers (77 miles), of which nearly 53 kilometers (33 miles) pass through Shanghai. When you walk along the river bank, you can enjoy the ancient European bridges on the river, as well as the western buildings and shikumen houses on the river bank. You can also take a boat tour of these landscapes.

Thirty-one bridges have been built on the 53-kilometer-long waterway in Shanghai. The most famous bridge on the river is Waibaidu Bridge built in the 1920s. It is the first steel riveted bridge in China and the only unequal-height truss bridge located at the intersection of Suzhou River and Huangpu River. Since the founding of the People’s Republic of China in 1949, 18 bridges have been built on rivers in the city. Most bridges were built or rebuilt to the East River in the style of arch bridges in European cities.

Walking west from Waibaidu Bridge, you will appreciate many ancient and wonderful bridges, such as Zhapu Road Bridge, Sichuan Road Bridge, Henan Road Bridge, etc. As classical and important landscape bridges on the river, they are the representatives of European bridges, with smooth lines and meticulous carving, which keep harmony with the architectural style along the river.

Shanghai Post Office is located at the northern end of Sichuan Road and Bridge, which is the highlight of the building. Built in the mid 1920s, it is designed in a eclectic style. The top of this eight-story building has a baroque decorative terrace. The completion of Shanghai Post Office became a sensation in Shanghai at that time because it was the first steel structure with brick exterior walls.

Different from the Greek language of East Suzhou, the section from Henan Road to Hefeng Road is full of lanes of different ages and forms. For example, Li Siwen sits on the south bank of the river and on both sides of Datong Road, extending southward to Xinzha Road. Founded in 1916, Li Siwen is an early representative of Shanghai Shikumen residence. Western structures, decorations and materials are used in the building.

The river has even gathered many large factories and workshops. In recent years, most industries have moved out of the riverside, while many artists and artists rent empty houses as studios and galleries, such as M50 and the creation garden. Those wild warehouse-style rooms are both special and interesting.

The rainy season is from mid-June to early July, with continuous rain.  From the end of August to the first half of September is the typhoon season, often with sudden storms, these two periods of travel to Shanghai must take umbrellas.