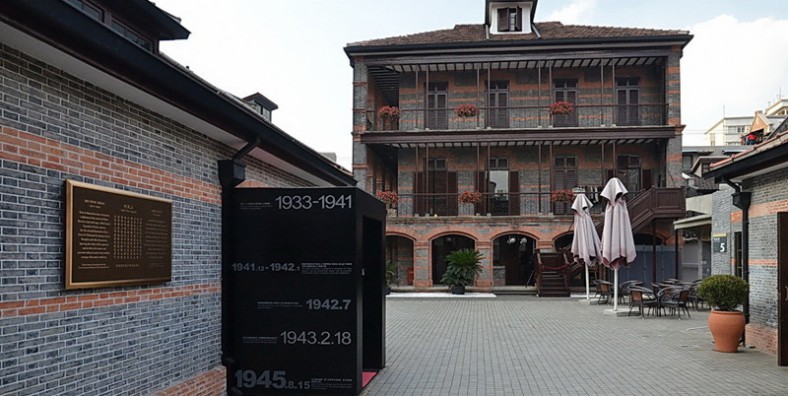 The Shanghai Jewish Refugees Museum is a museum commemorating the Jewish refugees who lived in Shanghai during World War II after fleeing Europe to escape the Holocaust.

Why is Jewish Refugees Museum in Shanghai so Special?

The Shanghai Jewish Refugees Museum is a museum commemorating the Jewish refugees who lived in Shanghai during World War II after fleeing Europe to escape the Holocaust. The museum features documents, photographs, films, and personal items documenting the lives of some of the more than 20,000 Jewish residents of the Restricted Sector for Stateless Refugees, better known as the Shanghai Ghetto, during the Japanese occupation of Shanghai.

Where is Jewish Refugees Museum in Shanghai?

It is located at the former Ohel Moshe or Moishe Synagogue, in the Tilanqiao Historic Area of Hongkou district in Shanghai.

Between the year 1937 and 1941, Shanghai has received 25,000 Jewish refugees and became the only metropolis in the world which did not refuse Jews. The Jews lived around the Ohel Moshe Synagogue. Between the end of the Second World War II and 1960’s, many left China and emigrated to all parts of the world one after another.

Ohel Moshe and Ohel Rachel are the only two Jewish temples of old Shanghai that still stand, out of the original six. In 2004, the Ohel Moshe Synagogue was inscribed on the list of architectural heritage treasures of Shanghai. In 2007, the Government of Hongkou District restored the synagogue to its original architectural style based on the original drawings in the municipal archives, and opened it as a museum commemorating the Jewish refugees.

The Shanghai Jewish Refugees Museum encompasses the Ohel Moshe Synagogue building, two additional exhibition halls, and a courtyard. The synagogue exhibition presents a “small collection of artifacts” depicting the lives of Jewish refugees who found shelter in Shanghai during the Holocaust. One exhibit on the second floor of the synagogue is devoted to the life of the Chief Rabbi of Shanghai, Rabbi Meir Ashkenazi. While the synagogue still contains a Torah ark, Ark cover, and reader’s platform, it does not have a Torah scroll or prayer books, precluding its use for prayer services.