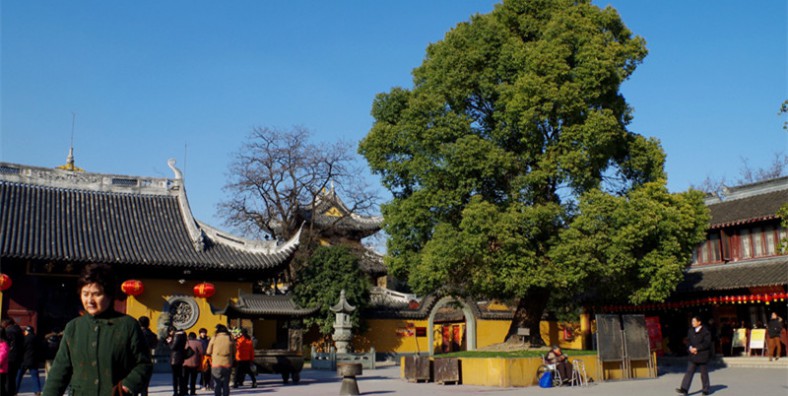 The Longhua Temple preserves the architectural design of a Song dynasty (960–1279) monastery of the Chan School. It is the largest, most authentic and complete ancient temple complex in Shanghai.

Why is Longhua Temple in Shanghai so Special?

The Longhua Temple preserves the architectural design of a Song dynasty (960–1279) monastery of the Chan School. It is the largest, most authentic and complete ancient temple complex in Shanghai. It is one of the four major Buddhist temples in Shanghai. It is also the oldest temple in Shanghai for its long history of over 1,700 years. Because of the several destructions by the wars, most of the buildings here were reconstructed during the reign of the Emperor Tongzhi and Guangxu in the Qing Dynasty.

Where is Longhua Temple in Shanghai?

The Longhua Temple is located on the Longhua Road at the south of Shanghai.

The layout of the temple is that of a Song dynasty monastery of the Buddhist Chan sect, known as the Sangharama Five-Hall Style. Five main halls are arranged along a central north-south pointing axis.

The Longhua Pagoda is best well-known of the 16 historic pagodas that still stand within the Shanghai municipality. It has an octagonal floor layout. The size of the seven storeys decreases from the bottom to the top. The pagoda consists of a hollow, tube-like brick core surrounded by a wooden staircase. On the outside, it is decorated with balconies, banisters, and upturned eaves. These outer decorations have been reconstructed in keeping with the original style.

Although previous pagodas existed on the same site, the current brick base and body of the pagoda was built in 977 under the Wuyue kingdome (907–978), with continuous renovations of its more fragile wooden components on the exterior. Because of its age, the pagoda is fragile and is not open to the public.

A venerable copper bell which is 2 meters in height, 1.3 meters in diameter and weighs five tons is placed on the three-storied Bell Tower. The bell ringing ceremony on the night of December 31 is considered to be one of the eight scenic spots in Shanghai. It’s an interesting and unforgettable experience to welcome the new year with the melodious sounds of nature.