Bordering Nepal, Bhutan and India, Shigatse is the second largest city in Tibet, which is known as the seat of Penchen Lama and ‘the fertile manor’. With a long history of more than 600 years, Shigatse was once the educational and political center of Tsang Area. Here the highest peak in the world, Mount Everest(or Qomolangma) is standing here.

▪ Mount Qomolangma: As the highest peak in the world, Qomolangma stands at the altitude of  8844.43 meters(2005), which is the dream of mountaineering enthusiasts.

▪ Tashilumpo Monastery: It is the largest monastery of Gelu sect of Tibetan Buddhism in Tsang area and the major activity place for Panchen Lama.

▪ Sakya Monastery: The main monastery of Sakya sector with splendid artistic treasures, such as frescoes and Thangka.

Other Destinations in Shigatse

Shigatse boasts abundant tourist resources in Tibet, including splendid Tibetan monasteries, magnificent snow mountains, stunning lakes, unique ethnic culture and the like. The outstanding one is bound to be Mount Everest, the highest mountain in the world. Religious culture takes an important position in Shigatsa, So the second highlight of Shigatse is the spectacular monasteries of different sects of Tibetan Buddhism–Sakya Monastery, Tashilhunpo Monastery, Palcho Monastery, Rongbuk Monastery, etc. Tashilhunpo Monastery is one of the six famous monasteries in Tibet. Sakya Monastery [...] 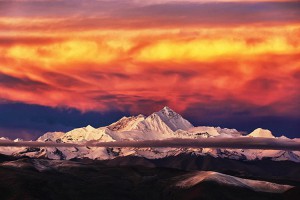 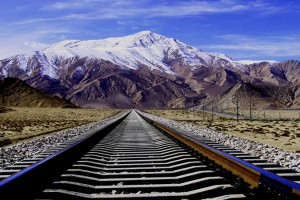 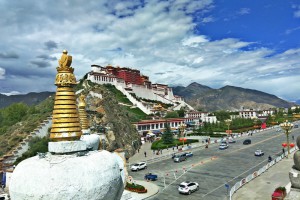 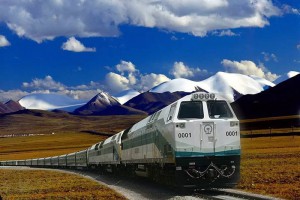 Situated in the southwest Qinghai Tibet Plateau and Tibet Autonomous Region, Shigatse has an average high elevation of 4,000 meters. Yarlung Zangbo River and Nianqu River rejoin in Shigatse, and creates vast river valleys and fertile plains, which gives Shigatse a warm and sunny climate. It features thin air, strong ultraviolet, low air pressure, less oxygen than flat areas. Shigatse Weather The weather of Shigatse has distinctive wet and dry seasons, with the rainy season running from around June to the end of September, and the dry season from October [...]

More Shigatse Climate & When to Go >>

Subsequent development has greatly improved the transportation of Shigatse. Shigatse is considered the second traffic center of Tibet after Lhasa. The China-Nepal Highway connects Lhasa with it and then stretches into Nepal. With the No.318 National Highway, Lhasa-Purang Highway and Shigatse-Yadong Highway running through, Shigatse has extensive and efficient network of highways. How to Get in Shigatse It's easy for travelers to transfer to Shigatse no matter you prefer a flight journey, a driving adventure or a train ride, and even a long-distance bus tour within Tibet. Most [...]

Tibetan Festivals are traditionally based on lunar calendar. Most of the Tibetan festivals on the Tibetan plateaus are deeply influenced by Buddhism or rich ancestral culture. During the festivals, all the people wear traditional costume and perform different traditional dances and ritual activities. Festival is the best way to experience the diverse culture and tradition of the local and their ethnic affinity. Festivals in Shigatse 1. Tibetan New Year Tibetan New Year is the Tibetan people's traditional festival, and the most solemn festival. Shigatse not only celebrates the Farmers' Year on December 1 [...]

Shigatse was called Tsang by Tibetan with a history of more than 600 years, at the altitude of 3,830 meters above the sea level. As the second largest city of Tibet and one of the spiritual leaders in Tibet, Shigatse plays a significant role in Tibet Plateau. It connects with three countries of Nepal, Bhutan and Sikkim in the south, Ngari in the west, Nagqu in the north and Lhasa and Shannan in the east. It covers an area of 176,000 square kilometers. Useful Numbers Fire: 119 Police: 110 Ambulance: 120  Area [...]

Renowned for the world's highest peak Mount Qomolangma, Shigatse lies in the southwest of Tibet, on the southwestern border of China. It adjoins Nagri on the west, Nagqu on the north, and Lhasa and Shannan on the east. It borders on Nepal, Bhutan, Sikkim and other South Asian countries. To help you have a better understanding of Shigatse City, we provide you different Shigatse maps including Shigatse transportation map, Shigatse tourist attractions map, Shigatse region map and Shigatse location [...]

As the second largest cities in Tibet, Shigatse is not only an important transfer city, but also an wonderful top travel destination. You may find the hotels better than other places except for Lhasa. There are newly founded 4 star hotels which is equipped with top-class facilities and cozy room and bed, such as the Vanray International Resort. Some hotels have been popular among tourists abroad for many years and enjoy a good reputation, such as the Tashi Choten Hotel. [...]