Yichang (Chinese: 宜昌; old postal name ‘Ichang’) is a prefecture-level city located in western Hubei province, China. It is the second largest city in the province after the capital, Wuhan. The Three Gorges Dam is located within its administrative area, in Yiling District.[3] As of the 2010 census, its population was 4,059,686 inhabitants whom 1,350,150 lived in the built-up (or metro) area made of Yiling, Xiling, Wujiagang and Dianjun urban districts as Xiaoting District is not urbanized yet.

Like most prefecture-level cities, Yichang includes both an urban area (what’s labeled on less detailed maps as “Yichang”) and the surrounding country area. It covers 21,084 square kilometres (8,141 sq mi) in Western Hubei Province, on both sides of the Yangtze River. The Xiling Gorge (西陵峡), the easternmost of the Three Gorges on the Yangtze, is located within the prefecture-level city.

Within the prefecture-level city of Yichang, the Yangtze is joined by a number of tributaries, including the Qing River (right), Xiang Xi and Huangbo Rivers (left).

The central urban area of Yichang is split between several districts. On the right (northeastern) bank of the Yangtze are located Xiling District (where the city center is located), Yiling District (neighborhoods north of the center) and Wujiagang District (southern area). The city area on the opposite (southeastern) bank of the river is included into Dianjun District. All these districts, with the exception of the central Xiling, also include a fair amount of suburban/rural area outside of the city urban core.

Other Destinations in Yichang 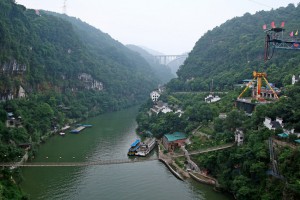 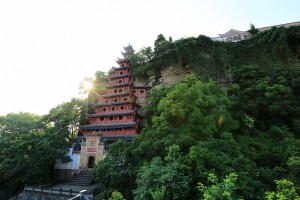 Yichang (Hubei) Weather and Climate describes information with temperature, precipitation, Geography, What Clothes to Wear in Yichang, weather and climate by month, climate graph, 15 days Yichang weather forecast. Find out the best time to visit Yichang and see the season highlights in Yichang. It also tells you what to wear in different seasons and Clothes packing for your Trip to Yichang. [...]

More Yichang Climate & When to Go >> 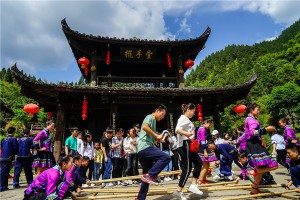 Yichang (Hubei) Travel FAQs and Tips introduce the city and zip codes, post offices, useful numbers, hospitals, banks for foreign exchange, Government and famous universities. When plan your trip to Yichang, view our answers to questions about Yichang travel to get better understanding of Yichang. [...]