Location: Kaifeng
Date: Every Year before and after Qingming
Brief Introduction: Qingming Festival is one of the four traditional festivals of the Han nationality and one of the 24 solar terms in the lunar calendar. Kaifeng Qingming Cultural Festival is a cultural gluttonous feast integrating folk activities, folk arts and crafts exhibitions, performances and competitions. It is held ceremoniously at Qingming Festival every year. It combines the charm of the thousand-year-old ancient capital with the cultural atmosphere of Qingming Festival, and also integrates and absorbs the most fashionable and popular elements today.

Due to long and profound history, there are some traditional activities in Kaifeng passing down to now.

Location: Kaifeng
Date: The 1st day to the 16th day of the 1st lunar month
Brief Introduction: Hanyuan temple fair is one of the oldest festival activities held in Kaifeng city. The main activities include the Yellow Emperor Xuanyuan Ancestor Worship Ceremony on the 1st day of the 1st lunar month, folkflore performances such as stilts, acrobatics, dragon and lion dances, as well as dozens of shows like intangible cultural heritage display, singing and dancing, drama show, etc.

Location: Dragon Pavilions Park
Date: 十月中旬
Brief Introduction: Chrysanthemum is the "city flower" of Kaifeng City. The Chrysanthemum Fair is held every autumn and has been held for 28 times so far. Now every year in the golden autumn of October in Kaifeng, park scenic spots and streets are full of chrysanthemum flower. During the Chrysanthemum Fair, the exhibition areas such as Dragon Pavilions Park, Iron Pagoda Park, Millennium City Park, Kaifeng Prefecture, Xiangguo Temple and Yuwangtai exhibits more than 1 million pots of nearly 1,000 chrysanthemum varieties in various shapes and styles. Besides chrysanthemum appreciation and flower evaluation, there will also be a grand opening ceremony, large-scale singing and dancing performances, folk entertainment, local snacks, tourist merchandise exhibitions and other colorful cultural tourism activities.

Location: Kaifeng
Date: At the end of the 12th lunar month, lasting 1 month.
Brief Introduction: Kaifeng Song Lantern Festival has lasted for thousands of years since the Song Dynasty. The variety and novel design of lanterns at the lantern festival add luster to the ancient city's Lantern Festival night. Now, lanterns made of new materials have been added. They have made great breakthroughs in color and shape, incorporating a large number of modern technologies, and are highly ornamental.

Kaifeng Festivals and Activities by Region

Chrysanthemum Fair in Kaifeng is one of the Best Tourist Attractions and Top Things to Do when you travel to Kaifeng, it introduces the main scenic spots, entrance tickets... 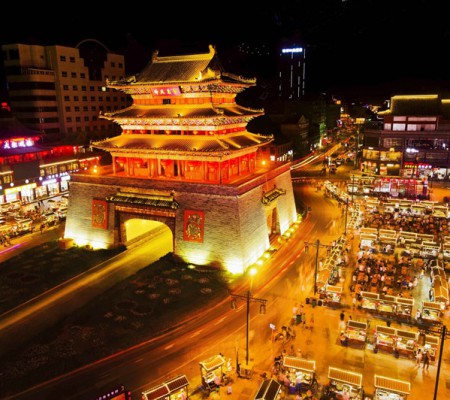 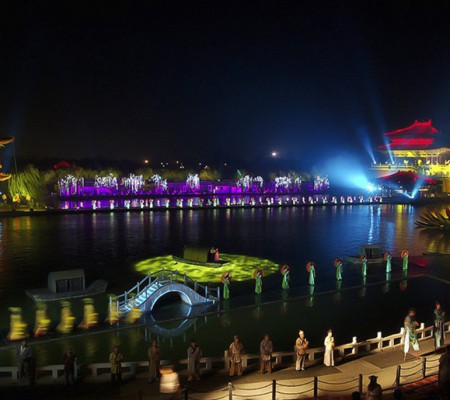