Kaifeng Weather and Climate describes information with temperature, precipitation, what clothes to wear in Kaifeng, weather and climate by month, climate graph. Find out the best time to visit Kaifeng and see the seasonal highlights in Kaifeng. Kaifeng is located in the eastern plain of Henan Province, enjoying a temperate continental monsoon climate with distinct seasons, abundant sunshine, warm climate and moderate rainfall. Kaifeng has a pleasant climate, so you can enjoy the spring scenery as much as you like. Summer is scorching hot, but the trees make a pleasant shade. Chrysanthemum blooms in Kaifeng in autumn, and chrysanthemum exhibitions will be held in all parts of Kaifeng. You can go to Millennium City Park to enjoy the snow in Winter.

Kaifeng enjoys a temperate continental monsoon climate with four distinct seasons. Kaifeng climate is generally characterized by cold and dry winter, dry and windy spring, hot and rainy summer, and cool autumn. The multi-year average temperature is about 14.52℃, the average frost-free period is 221 days, and the average precipitation is 627.5 mm. The precipitation is mostly concentrated in July and August in summer. 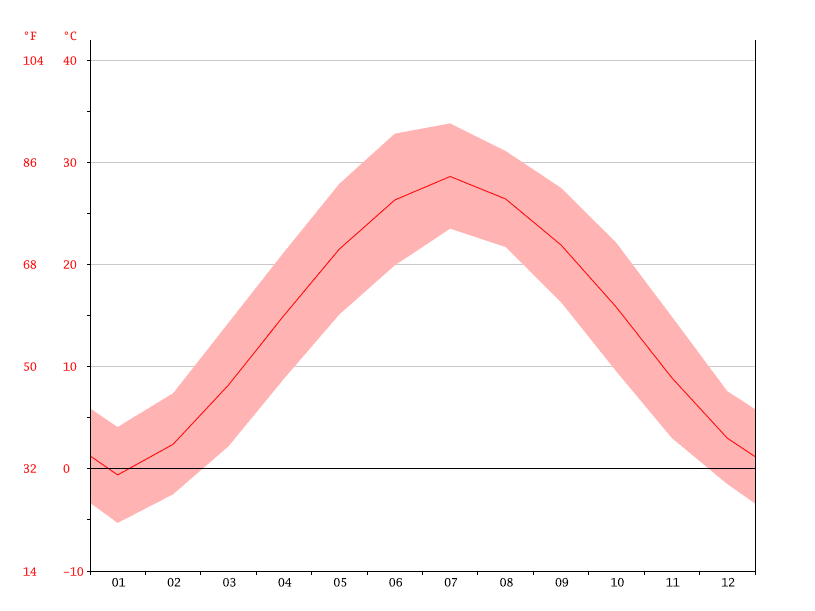 With an average of about 28 °C, July is the warmest month. At -0.6 °C on average, January is the coldest month of the year. 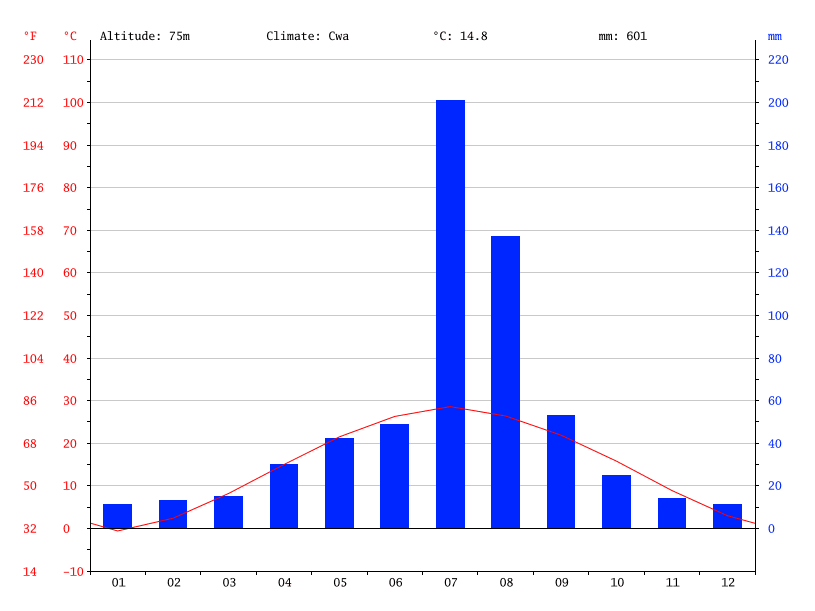 Kaifeng Weather and Climate by Month 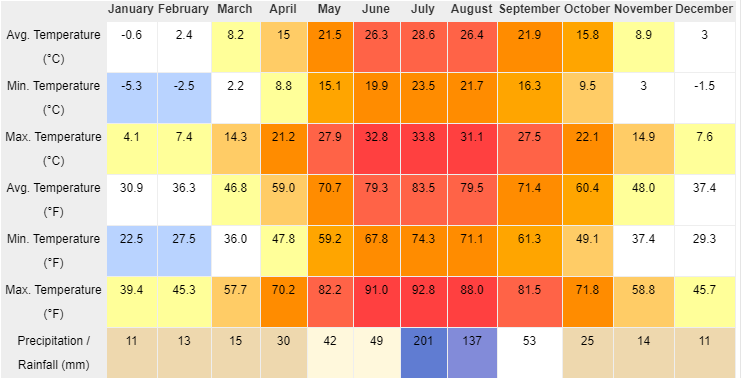 What to Pack for Kaifeng Travel

Kaifeng has four distinct seasons, with strong winds in autumn. The lowest temperature in winter is below zero. There is a large temperature difference between morning and evening before and after Qingming Festival. It is recommended to wear fleece jacket. In December when the winter comes, woolen sweaters and warm clothes should be worn. For people who are afraid of cold after snowing, it is recommended to wear down jackets. If you travel in summer, it is suggested that you prepare sunscreen, sunglasses and other sunscreen products to protect yourself from strong ultraviolet rays.

Spring (March to May) and autumn (September to October) are the best seasons to visit Kaifeng, because it is neither too hot nor too cold during this period. The climate in Kaifeng is comfortable in autumn, and Chrysanthemum is in bloom. There is also a chrysanthemum fair in mid-October. Before and after Qingming Festival, Kaifeng will hold a "Kaifeng Qingming Cultural Festival", at which time there will be a large-scale parade of Song costumes, which is very attracting.

October-November is a good season for chrysanthemum appreciation in Kaifeng. Generally in mid-October, there will be a chrysanthemum fair in Kaifeng. For the best tourist season, we recommend September and October, during which the weather is the most pleasant and the city welcomes her most beautiful activity- chrysanthemum fair. During the fair, colorful chrysanthemums are placed in the streets. The main scenic spots are Dragon Pavilion Park, Iron Pagoda Park, Xiangguo Temple, Baogong Memorial Hall and Yuwangtai. As early as the Northern Song Dynasty (960-1127), Kaifeng Chrysanthemum Festival was very popular. Local people have enjoyed chrysanthemum lantern, chrysanthemum fair and chrysanthemum wine for about 1,000 years. In addition to displaying all kinds of chrysanthemums, the grand meeting will also show tourists all aspects of Kaifeng.

Try to avoid the public holidays of China, such as May Day Holiday(May 1-3), National Day Holiday(October 1-7), Spring Festival Holiday(Usually early February), Qingming Festival(in early April), Dragon Boat Festival(in June). Spring festival and national day festival are the most crowded time to travel. During these holidays, there will be a large crowd in the tourist attractions and you can't really enjoy yourself. Flights and hotels can cost three times as much than usual, and it's hard to get tickets during the Spring Festival.