Bell and Drum Towers in Beijing 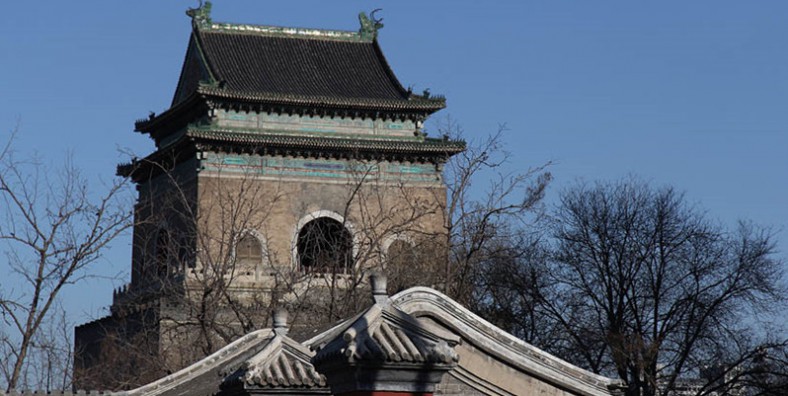 Beijing Bell and Drum Towers, which were used for telling time until 1924, were built in 1272 during the reign of Kublai Khan and were rebuilt after two fires during the Ming and Qing dynasties.

Why is the Bell and Drum Towers in Beijing so Special?

Beijing Bell and Drum Towers, which were used for telling time until 1924, were built in 1272 during the reign of Kublai Khan and were rebuilt after two fires during the Ming and Qing dynasties. The Bell Tower rang the hours of the day, and the Drum Tower beat hours of the night (the drum was called the voice of the earth, and the bell was the voice of heaven).

Where is the Bell and Drum Towers in Beijing?

Beijing’s Bell and Drum Towers are situated in a small square north of the Forbidden City. It is located at No. 9 Zhonglouwan Linzi, Dongcheng District, Beijing.

Bells and drums were musical instruments in ancient China. Later they were used by the government and communities to announce the time. The Bell and Drum towers were central to official timekeeping in China in the Yuan, Ming and Qing dynasties.

The Bell and Drum Towers continued to function as the official timepiece of Beijing until 1924, when the Beijing Coupled to the expulsion of Puyi, the last emperor of the Qing Dynasty, from the Forbidden City, and the adoption of western-styled clockwork for official time-keeping.

The Drum Tower was built in 1272 during the reign of Kublai Khan, at which time it stood at the very heart of the Yuan capital Dadu. At that time it was known as the Tower of Orderly Administration (Qizhenglou). In 1420, under the Yongle Emperor of the Ming dynasty, the building was reconstructed to the east of the original site and in 1800 under the Jiaqing Emperor of the Qing dynasty, large-scale renovations were carried out. Following the Beijing Coup in 1924, Feng Yuxiang removed the official status of the towers, replacing them with western time-keeping methods, and renamed the building “Mingchilou”, or the “tower of clarifying shame”. Objects related to the Eight-Nation Alliance’s invasion of Beijing and later the May 30 Massacre of 1925 were put on display, turning the towers into a museum. The upper story of the building currently serves as the People’s Cultural Hall of the East City District.

In the 1980s, after many repairs, the Bell and Drum Towers were opened to tourists.

The drum tower is 46.7 meters high, slightly higher than the sister tower. Drum Tower is used to keep time at night. Today, you can still see some historical sites used to preserve time, as well as some newer drum reproductions in the tower. There is also a fascinating drum show that shows how these drums were used in ancient times.

The bell tower is made of brick and stone, with grey walls and a green glass roof. It’s 48 meters high and two stories high. On all sides of the tower, there is an arch on the first floor. The stairs lead to the second floor. There is also an arched door on the second floor, with a stone window on each side. In the middle of the second floor is a big copper clock. It hangs on a wooden frame. This is the heaviest clock in China. There is a log nail to ring the clock.