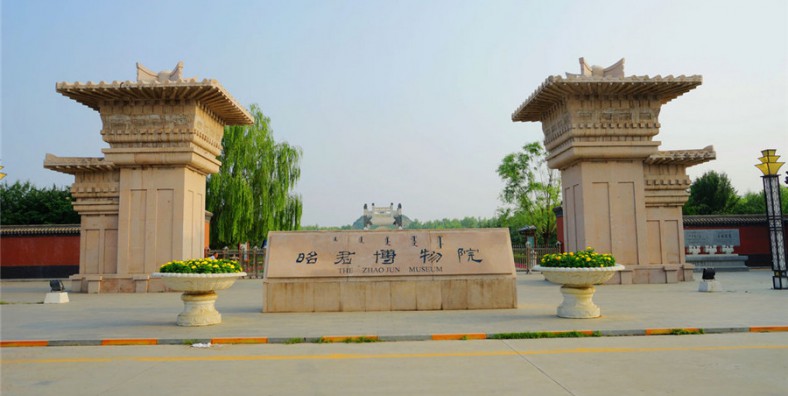 Attractions Overview: One of the largest Han Dynasty tombs.

Best Time to Visit: All Year Round

Why is Zhaojun Tomb So Special?

Zhaojun Tomb, or called the Tomb of Wang Zhaojun, is said to be the resting place of the famous historic princess Wang Zhaojun (王昭君). It is also called Zhaojun Museum. Shaped like an inverted cloak, the tomb is a large man-made earthen tomb, covering an area of 13,000 sq meters. In summer, the tomb is covered with wild flowers and grass and the grass is still green and vigorous in winter, hence Zhaojun Tomb is also called Green Mound. Seen from far away, Zhaojun Tomb stands erectly in the holy place which looks like a beautiful picture. To some degree, Zhaojun Tomb is considered a symbol of the national unity of China. J

Where is Zhaojun Tomb?

Zhaojun Tomb is situated nine kilometers away from Hohhot, on the plain extending from the northern bank of the Dahei River. The address in English is Southern suburb of Yuquan District, Hohhot City. And the tomb lies about 14 km from Hohhot Railway Station.

How to Get to Zhaojun Tomb?

If you want to get rid of hustle of transportation and troublesome navigation, you can book a private tour package which covers visiting, dining and transfer from us. Our local tour guide and driver will escort you to Zhaojun Tomb with speed and convenience, and take care of all the details. You just need to focus on travel.

take bus No.1 from the Hohhot Railway Station and get off at Nanchafang(南茶坊) or Xiaoheihe(小黑河), and then transfer No.10 or 44 to get there directly.
take the regular buses or by taxi from Hohhot.

What to See in Zhaojun Tomb

The tomb is about 13,000 m², with a 33 meters mound containing Zhaojun’s coffin, making it a landmark of the region. The pyramid-shaped mound is 98 feet-high and is crowned by a pavilion on its summit. From the pavilion the views are nice: of the grasslands, farms and the small park that surrounds the foot of the tomb. In the front of the tomb is a courtyard, where there is the white-marble statue of Wang Zhaojun.

Recently, the tomb area has been developed to include cultural facilities such as a Reception Room, Exhibition Room and Painting and Calligraphy Room. The tomb has now become one of the key cultural relics under the jurisdiction of Hohhot. The halls tell about Hun culture, displaying Hun’s historical relics and art crafts about Zhaojun.

In front of the tomb stand bronze statues of Wang Zhaojun and her husband (Khan), leader of the Mongolia ethnic group in Han Dynasty riding on galloping horses. The statues are the symbol of the friendly relations between the Han nationality and the Hun nationality.