Anhui Province, geographically located in the southeast China, crosses the Huai River and the Yangtze River. The history of the Anhui province can be traced to the Spring and Autumn period more than 2,500 years ago. It shows obvious differences in regional culture. Hui Culture mainly consists of Wuyue culture, Hui culture, Jianghuai culture and Central Plains culture. Economically it belongs to the Yangtze River Delta and Central China Economic Zone. The northern and southern belong to the Central Plains Economic Zone and the Yangtze River Economic Zone. Since the 21st century, the Yangtze River Delta urban group has formed by Anhui Province, Shanghai Municipality, Zhejiang Province and Jiangsu Province which has become one of the six major urban group in the world.

Other Destinations in Anhui

Anhui is the cradle of Hui Culture with natural attractions and cultural attractions for travelers to explore, including Huangshan Scenic Area, Tunxi Ancient Street, Tachuan Village in Huangshan, Huizhou Ancient City and Bao’s Family Garden, etc. So whether it is your first time to travel here, the amazing and breathtaking mountain attraction and the cultural circumstance would lead you in you the world of traditional Hui Culture. Here are the top places to see whilst in Anhui. [...]

Anhui province is the hometown of Hui Culture and is one of the most hot places to visit in China due to the long history and the obvious differences in regional culture, including Hui Culture mainly consists of Wuyue culture, Hui culture, Jianghuai culture and Central Plains culture. For you who want to closely seeing the hot attractions in Anhui, Huangshan Scenic Area,  each of which is included in day tour, classic tour and special themed tours [...] 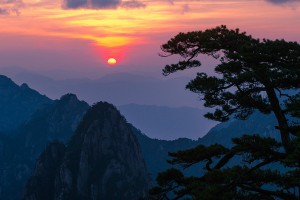 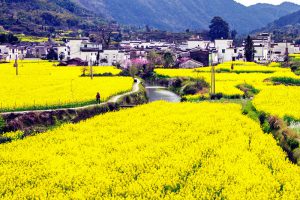 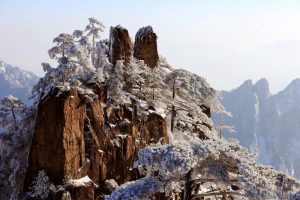 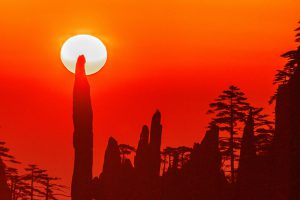 More Anhui Climate & When to Go >>

In the past, Anhui's transport network was hampered by the lack of bridges across the Yangtze River, which divides the province into northern and southern regions. Now, Anhui province is developing as the transport hub in the southeast China, it formed a modern transportation system of railway, highway and airlines. In the heart of Anhui Province, Hefei is the largest transportation junction. Railway Hefeinan Railway Station (Hefei South Railway Station 合肥火车南站) is the most high-speed train station. The Chinese [...]

Anhui Province is one of the earliest areas where Chinese culture is developed. The long history has produced a school of thought that has a major influence on traditional Chinese mainstream culture. It still affects Chinese and even world culture. But folklore is a special force that comes from the people, inherits from the people, regulates the people, and is deeply hidden in the behavior, language, and psychology of the people. Lunar February 2 Lunar February 2 is the land of Lord’s [...]

Traffic: Anhui Province takes Hefei as the center, and high-grade highways are opened across all levels of cities. The state of highway traffic in the province is developed. Ethanol gasoline: Anhui Province is supplied with ethanol gasoline. Pay attention when traveling by car. Therefore, before starting a self-driving tour, it is best to know in advance whether the provinces that you want to drive by will only provide ethanol-gasoline, calculate the mileage that you may travel in these provinces, and top [...]

Anhui province now is developing its tourism industry, so Anhui has many kinds of accommodation in order to meet worldwide tourists’ like and need. In Anhui, you can find many first-class hotel which offer comfortable and convenient service, in addition, you can also find different - level hotel and guesthouse which all have three own styles and culture. You can choose yo check in the accommodation in accordance with your need and taste with the help of our helpness [...]