Every nation has its own national heroes, and Mongolia is no exception. The great hero Genghis Khan is not only a household national hero in Inner Mongolia, but also has made great contributions to Inner Mongolia. He is an outstanding statesman and strategist in the history of the world. Born in the upper reaches of Onon river (now Kent Province of Mongolia) on the Mobei grassland, he was named Temujin. In the spring of 1206, He led the nation and established it as the emperor. Since then, he had launched many wars of conquest to conquer the Black Sea coast of Central Asia and Eastern Europe in the west. He died in 1227 when conquering Xixia and was buried in Qilu Valley of Kent Mountain in Mongolia. Speaking of Genghis Khan's contributions, there are three main ones: first, the unification of Mongolia and the establishment of Mongolia which had laid a solid foundation for Mongolia's future development; second, the ending of the long-term tangled warfare in the Mongolian Plateau, the third is to create Mongolian characters. All these made great contributions to the establishment of the Yuan Dynasty.

Inner Mongolia Autonomous Region is located in the northern frontier of the People's Republic of China and extends obliquely from northeast to southwest, forming a long and narrow shape. With a total area of 1.183 million square kilometers, accounting for 12.3% of China's land area, it is the third largest province in China. The east, south and west of Inner Mongolia are adjacent to Heilongjiang, Jilin, Liaoning, Hebei, Shanxi, Shaanxi, Ningxia and Gansu provinces accordingly, crossing three northern regions(northeast, north and northwest) and close to Beijing and Tianjin. It borders Mongolia and the Russian Federation in the north, with the border line of 4200 kilometers long. Inner Mongolia Autonomous Region has a relatively high terrain, with an average altitude of about 1,000 meters. It is basically a plateau landform area. The landform of Inner Mongolia Autonomous Region features in the Mongolian Plateau, with complex and diverse terrains. Excluding the southeast, it is basically a plateau, accounting for about 50% of the total land area. In the transition zone from mountain to high plains and plain, there are loess hills and rocky hills, which are mixed with low mountains, valleys and basins, causing serious soil erosion.

Inner Mongolia is one of the coldest regions in China with an average daily high temperature of only 10 degrees centigrade. Due to its vast territory, with large plateau area far away from the sea, the climate is mainly featured by temperate continental monsoon climate, with major characteristics of sharp rise in spring temperature, windy weather, short and hot summer with concentrated precipitation, sharp fall in autumn temperature, early frost, long and severe winter.

Festivals and Activities in Inner Mongolia

Traditional Mongolian food is found throughout Inner Mongolia. Meats, especially lamb, form most meals, and are divided into the Red Food category while the dairy produce such as milk, yoghurt and cheese are put into the White Food category. In local custom, White Food is the highest treat to their guests.

Morin khuur (马头琴), or horse head instrument, The structure of Mongol stringed instrument is simple, including a thin and long body as well as a fiddle bow. It can be played solo, duet and concerto. Its sound is deep, booming and sonorous.

Hohhot, the capital of Inner Mongolia Autonomous Region, is a famous national historical and cultural city where 41 ethnic groups, including Manchu, Hui, Korean, Ewenki and Daur, live in a concentrated community. It has many ancient relics, including Zhaojun Tomb (昭君墓) , Five Pagodas  Temple (五塔寺), and White Tower(白塔). Hohhot is also famous for barbecue and the production of mushrooms and hops.

Hulunbuir, firstly known to the world for the Hulun Lake and Buir Lake, is home to 42 ethnic minorities including Han, Mongolian, Hui, Manchu and Korean. Hulunbuir is also famous for its grassland which is one of the four major grasslands in the world and known as “the best grassland in the world”. The highlights in Hulunbuir include Hulunbuir Grassland, Genhe Wetland(根河湿地), Hulun Lake, Buir Lake, Hulunbuir Nationality Museum,  Mammoth Park(猛犸公园), Zhalanaor Museum(扎赉诺尔博物馆), Golden Horde Mongolian Tribe(金帐汗国蒙古部落), Aoluguya Ewenke National Township( 敖鲁古雅鄂温克民族乡),etc.

From east to west, Inner Mongolia Autonomous Region is endowed with Daxing 'anling primeval forest region and 11 secondary forest regions. According to the results of the seventh forest resources inventory in 2013, the forestland area of the whole region is 660 million mu and the forestry area is 373 million mu, ranking first in the country with a forest coverage rate of 21.03%; Artificial afforestation covers an area of 97.32 million mu. The total volume of living standing trees is 1.484 billion cubic meters, and the forest volume is 1.345 billion cubic meters, ranking 5th in the country. Natural forests are mainly distributed in 11 secondary forest areas such as the original forest area of Daxing 'anling in Inner Mongolia and the mountainous area in the southern part of Daxing 'anling. Plantations are spread all over the region.

Inner Mongolia Autonomous Region is the province with the most new minerals found in China. Since 1958, China has discovered more than 50 kinds of new minerals recognized in the world, 10 of which are found in Inner Mongolia. Baotou Baiyunebo Mine is the largest rare earth mine in the world. By the end of 2015, there were 17 species with the highest reserves in the country, 43 species in the top 3 and 85 species in the top 10. Rare earth resources have been found to be the largest in the world. The total estimated resources for coal exploration in the whole region are 851.880 billion tons. The region's coal reserves are 411.065 billion tons, accounting for 26.24% of the country's total, ranking first in the country. Gold reserves in the whole region are 688.86 tons of gold and 48817 tons of silver. Copper, lead and zinc have a total reserve of 50.4118 million tons.

Shuangliao Library in Tongliao is one of the Best Tourist Attractions and Top Things to Do when you travel to Tongliao, it introduces the main scenic spots, entrance tickets...

Horqin Library in Tongliao is one of the Best Tourist Attractions and Top Things to Do when you travel to Tongliao, it introduces the main scenic spots, entrance tickets...

Arding Square in Baotou is one of the Best Tourist Attractions and Top Things to Do when you travel to Baotou, it introduces the main scenic spots, entrance tickets... 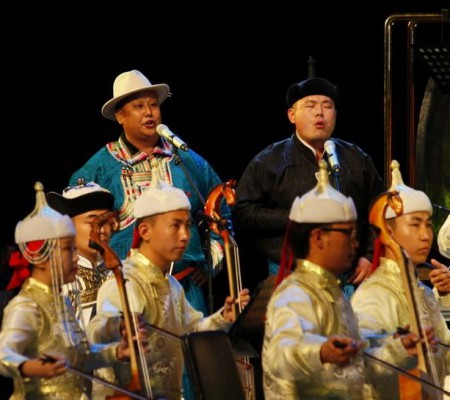