Chinese spices have uses in traditional Chinese medicine, and their health properties are incorporated into the food they are cooked with. They are usually used in small amounts to enhance recipes, they offer subtle flavor, depth and sometimes a unique kick that you can’t get from anything else. You can now find many Chinese herbs and spices at supermarkets and specialty food stores. Listed here you’ll find some of the most common Chinese Herbs and Spices. 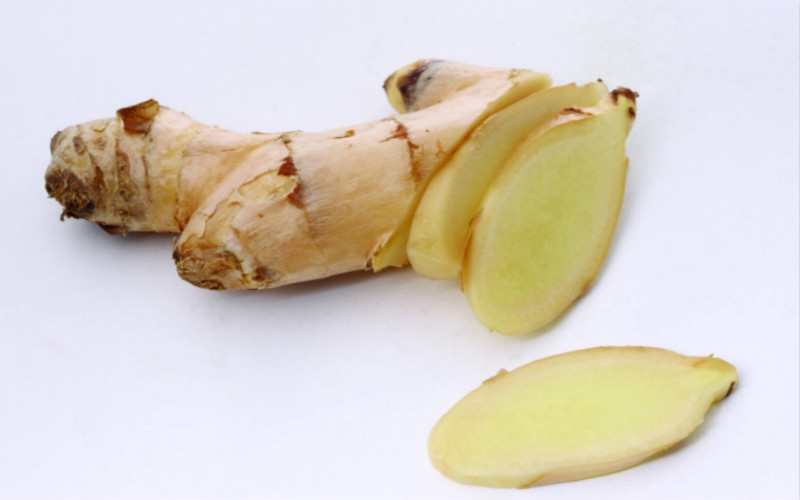 Ginger is pale golden, knobby, hand-shaped rhizome (it’s not actually a root) which has the perfect combination of enchanting aroma, spicy bite, and natural sweetness. It is an indispensable spice that can add heat and delicate flavor to meat, vegetable and fish dishes.

Ginger is among the healthiest (and most delicious) spices on the planet. It is high in gingerol, a substance with powerful anti-inflammatory and antioxidant properties. It is sold fresh, powdered, pickled and candied. It’s highly recommended you use only fresh ginger because the flavor and aroma are well worth it! 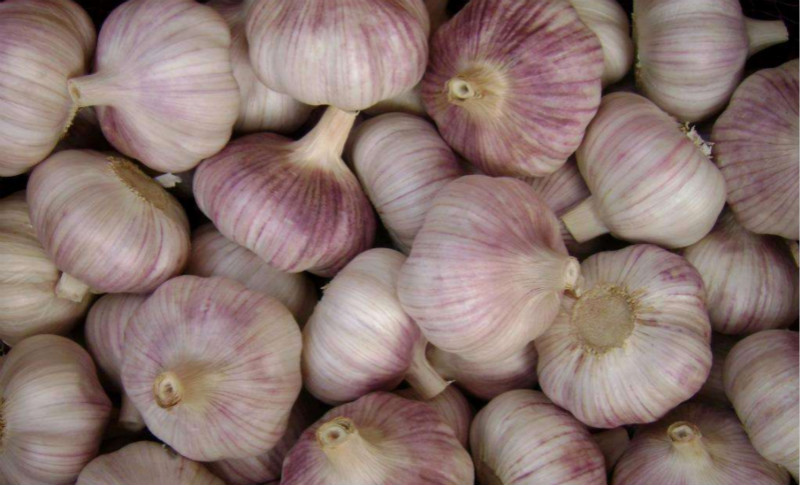 Garlic’s close relatives include the onion, shallot, leek, chive, and Chinese onion which has been used both as a food flavoring and as a traditional medicine. It is low in calories and rich in vitamin C, vitamin B6 and manganese. It also contains trace amounts of various other nutrients. It complements most savory dishes, particularly soups and sauces. The strong taste of garlic can also add a punch to otherwise bland recipes.

It comes in several forms, from whole cloves and smooth pastes to powders and supplements like garlic extract and garlic oil. 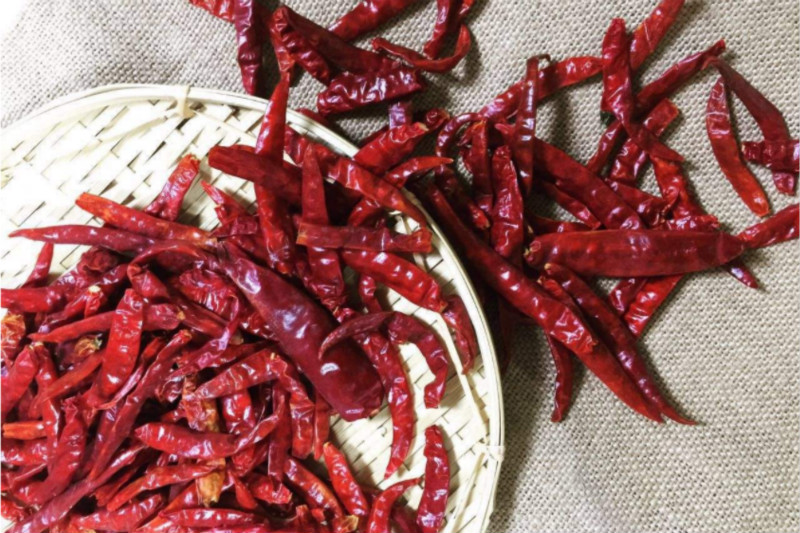 Chili come in a vast number of varieties–too many for us to keep up with. In general, the smaller the chili, the hotter they are. Dried red chili peppers can be used in many of recipes, especially in Hunan cuisine and Sichuan cuisine. While these chilis are just for flavor and aroma, NOT for eating whole.

They are usually eaten cooked, or dried and powdered, in which form they are known as paprika. Capsaicin is the main bioactive plant compound in chili peppers, responsible for their unique pungent (hot) taste and many of their health benefits. While those who experience digestive distress should avoid them. 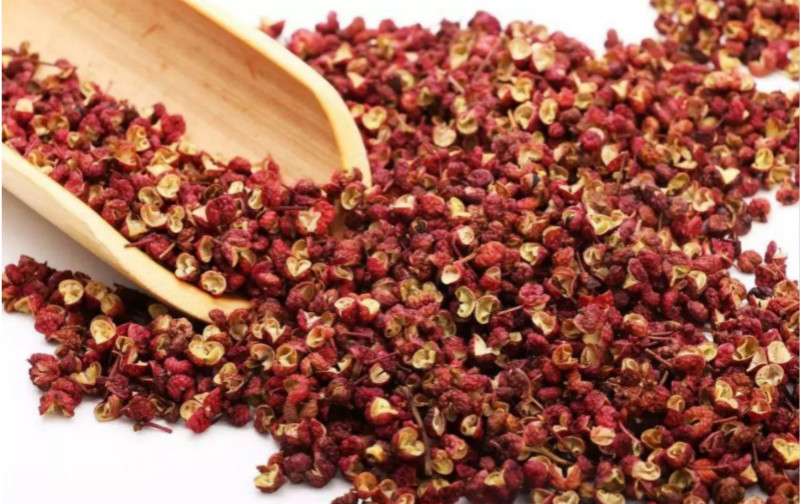 Two kinds of peppercorns are used in the dishes: Sichuan green peppercorn and Sichuan red peppercorn. Red peppercorn comes both in whole and ground form and is one of the ingredients in 5 spice powder,  and it’s used in many savory Szechuan dishes. It is the original sources of spiciness in Chinese cuisine.

Sichuan peppercorns are renowned for the numbing “ma” sensation, similar to a pins and needle feeling, and provide an extra kick for any spicy dish. These peppercorns are high in antioxidant activity. In traditional Chinese medicine, Szechuan peppercorn was used to stimulate digestion and prevent flatulence. 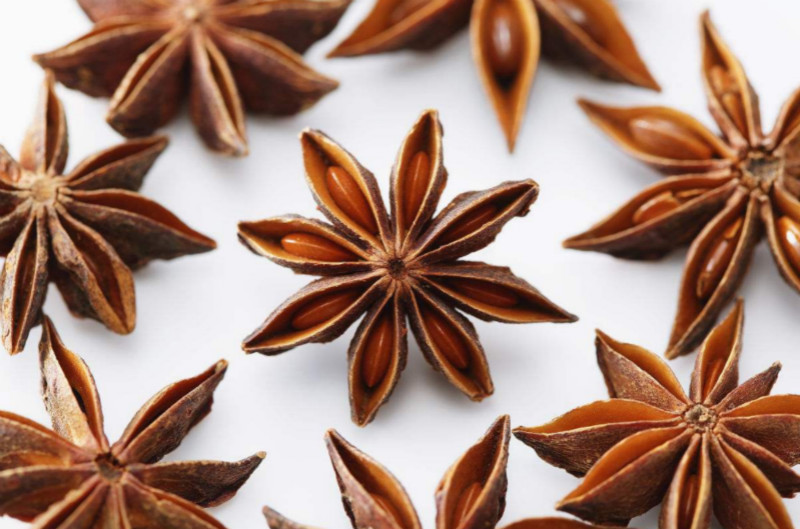 These approximately 1-inch, star-shaped pods have points, each containing a shiny, mahogany-colored seed. It tastes similar to anise, fennel, or licorice. This spice is used whole in many of the recipes on this list, but you can also grind it up to use as a seasoning for vegetables. It plays a key role in slow-cooked dishes and is also one of the spices in 5 spice powder.

This spice is also known for its medicinal uses. In traditional Chinese medicine, star anise boasts stimulant and expectorant properties, and may increase libido and facilitate proper digestion. In cooking, star anise is used to enhance the flavors of duck, eggs, fish, leeks, pears, pork, poultry, pumpkin, shrimp or pastry, to name a few. 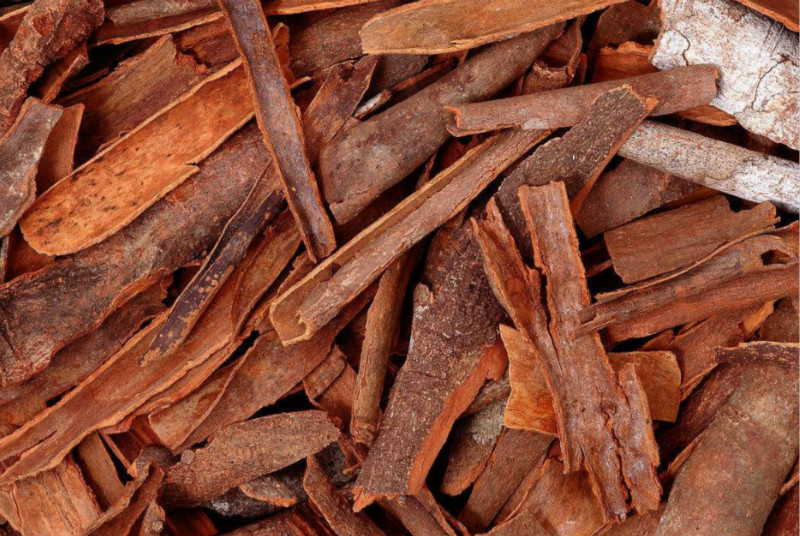 Cnnamon is used in savory dishes and the more common name in Chinese is guì pí (桂皮). This is also one of the main ingredients in five-spice powder. It’s mostly used for braised dishes, stews, and marinades in Chinese cooking.

It can lower blood sugar levels, reduce heart disease risk factors and has a plethora of other impressive health benefits, which is also a mild anti-viral and antibiotic, so it helps people avoid flus and cold. While Chinese cinnamon is Cassia that has more side effects than regular Ceylon cinnamon due to its high coumarin. So make sure to take small doses. 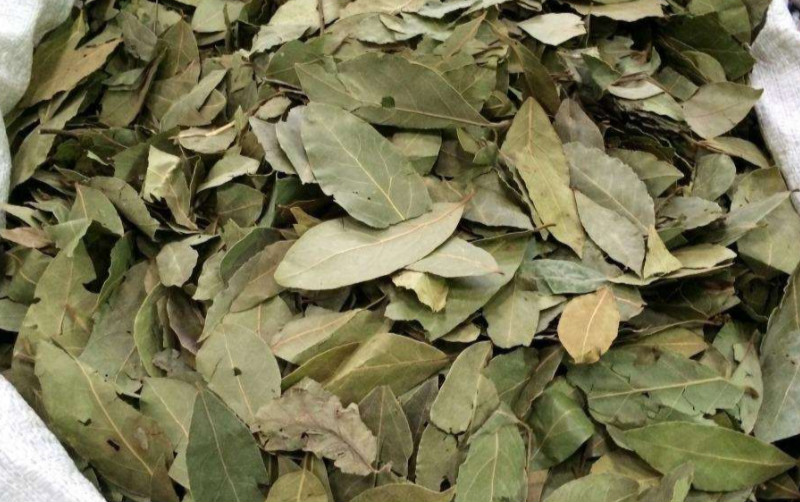 Bay leaf is an aromatic spice used in many cuisines to flavor soups and sauces. Bay leaves, with their mild menthol scent, round out a dish’s flavor. The tough leaves should be removed after cooking. It can be used whole, or as dried and ground. 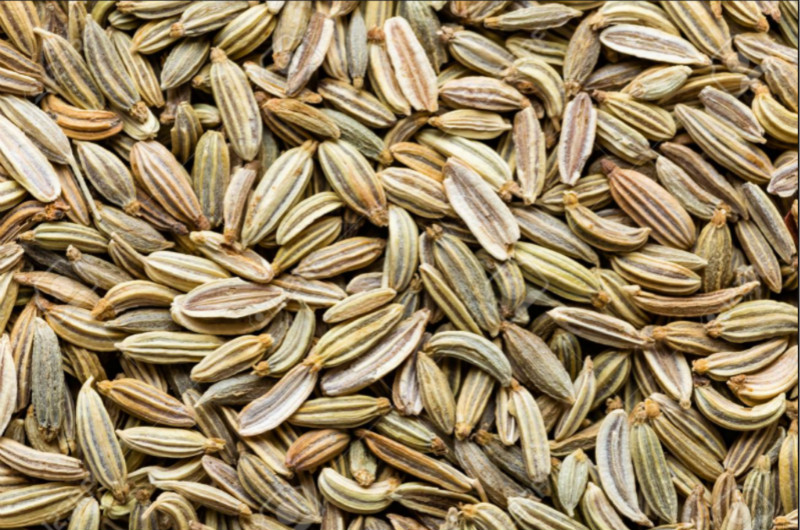 The last component of five spice powder, fennel seeds are known for their licorice flavor and are considered a newer spice in Chinese cuisine. They may be toasted or heated in a dry frying pan for two or three minutes before grinding or crushing, as this will accentuate the flavour and bring out the full aroma.

Fennel seeds are considered quite useful for relieving various ailments, ranging from congestion and stomach gas to asthma and diabetes. The seeds contain powerful phytonutrients and antioxidants, the most potent of them being anethole, which makes them highly nutritious and powerful. 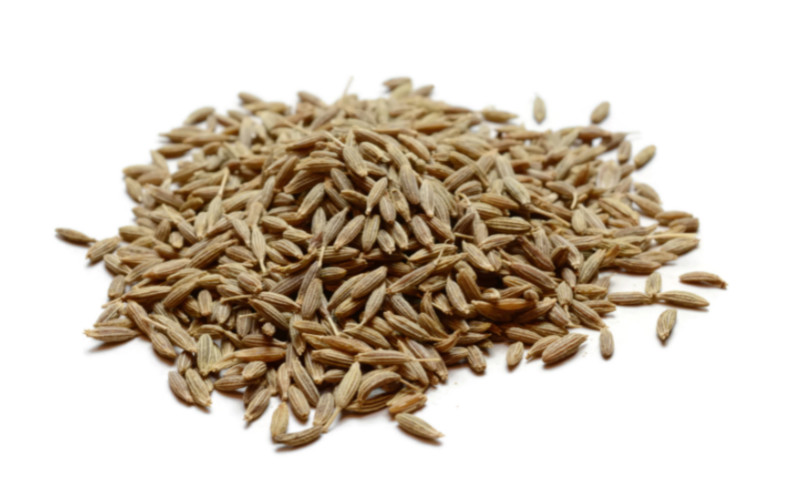 Cumin seed is used as a spice for its distinctive flavour and aroma. It is mainly used in roasted, ground, and used to make curry paste. It imparts an earthy, warming and aromatic character to food, making it a staple in certain stews and soups, as well as spiced gravies such as curry and chili.

Cumin is more commonly used in the western regions of China, such as Xinjiang and Xi’an. Cumin is frequently used with lamb, and you can try it on these lamb skewers (a common street food in China) or in this Uyghur lamb pilaf. 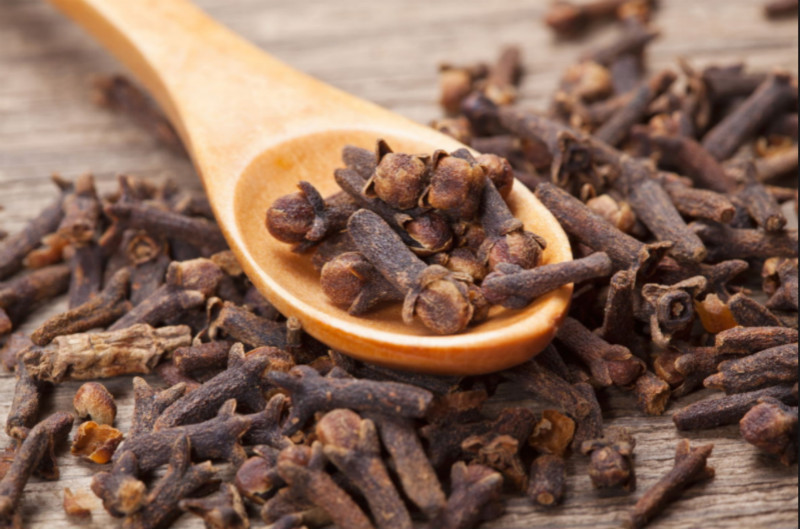 The Chinese use cloves alone or in combination with other seasonings in their cooking, baking, and pickling. In the culinary, the Chinese use cloves whole or ground when cooked with meats, poultry, and fish, and sometimes in vegetable stews. It is also one of the spices in 5 spice powder.

From a Chinese traditional medicinal perspective, cloves are considered very heating. They prescribe them to aid digestion, as an antiseptic, for their antifungal properties, and as an anesthetic. Considered a tonic and a stimulant, they are also used for cholera and for diarrhea, and for intestinal disorders in infants.

The Top 10 Most Common Herbs and Spices Used to Flavor Chinese Food...