Chinese food has a long and distinguished history, with exquisite technique, rich variety, numerous schools and unique style. It has many regional varieties, from Cantonese to spicy Sichuan cuisine, all of which can give your bud a different feeling. Chinese cuisines are categorized as the “Eight Regional Cuisines in China”, besides, there are many other regional cuisines such as Beijing cuisine and Xinjiang cuisine. Here we have selected some dishes to help you understand China’s regional food.

Peking duck is a dish from Beijing (Peking) that has been prepared since the imperial era. It is a delicious way to prepare roast duck. It is traditionally served as Peking Duck pancakes, wrapped in Mandarin pancakes along with cucumber and plum or hoisin sauce. Two notable restaurants in Beijing which serve this dish are Quanjude(全聚德) and Bianyifang(便宜坊), both centuries-old establishments which have become household names, each with their own style: Quanjude is known for using the hung oven roasting method, while Bianyifang uses the oldest technique of closed oven roasting. 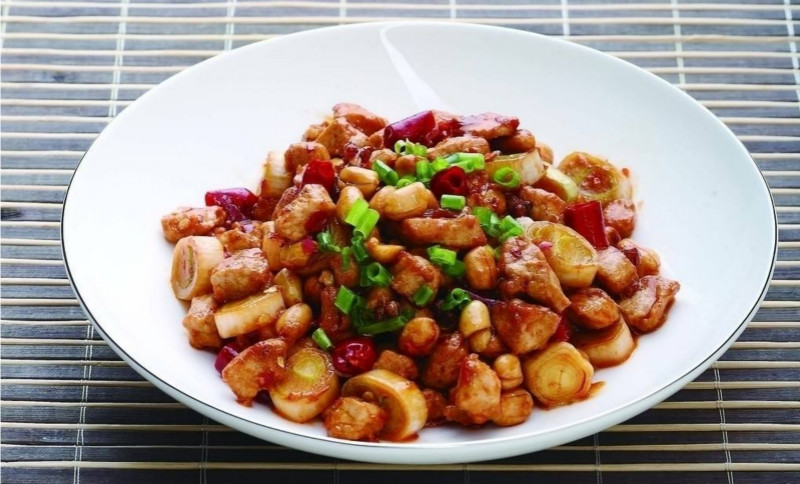 Gong Bao Chicken is a representative dish of Sichuan cuisine. Kung Pao Chicken in Chinese is a stir-fried dish with chicken cubes, dried chili pepper and deep-fried peanuts. The tender taste of the chicken matches great with the crispy peanuts with a combined sweet, sour and spicy taste. The dish is named after a late Qing Dynasty governor of Sichuan, Ding Baozhen, who is said to have enjoyed eating it. Most foreign people would like to choose this dish as their favorite, which is almost a representative of Chinese cuisine. 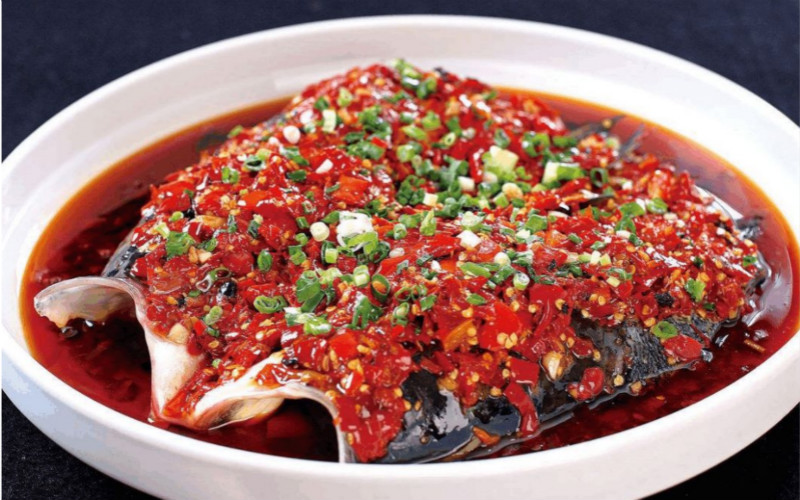 Fish Head with Chopped Chili is a signature Hunan dish. The fish in Steamed Fish with Chopped Red Chili has a strong taste because of the spicy red chili, but rather tender and fresh. In Hunan the dish is made with enormous fish heads from a river fish such as bighead carp – yong yu – because these are regarded as a delicacy and the tastiest part of the fish with lots of interesting textures. Waiters would emerge from kitchens bearing enormous steaming platters of fish heads flecked with scarlet chilli, black bean and spring onion. 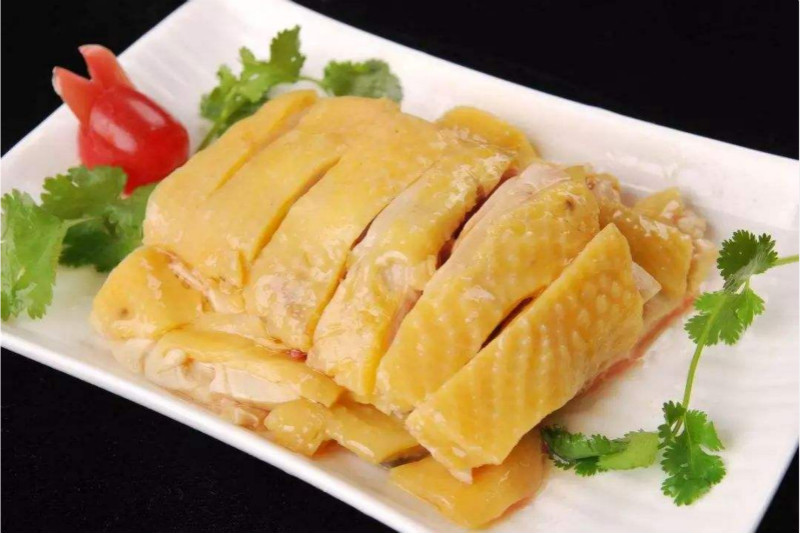 Authentic Cantonese cuisine is famous for its mild, fresh, and natural flavors, innovative ingredients, and exquisite cooking techniques. It’s even considered China’s most exquisite cuisine. Baiqie chicken is one of the simplest in Cantonese cuisine, using only water to boil without any extra flavor. It tastes fresh and light, keeping the original taste of the chicken. Its cooking method is easy. The Famous Baiqie chicken of Panxi Restaurant received the Golden Tripod Award for high quality production by the Department of Commerce. 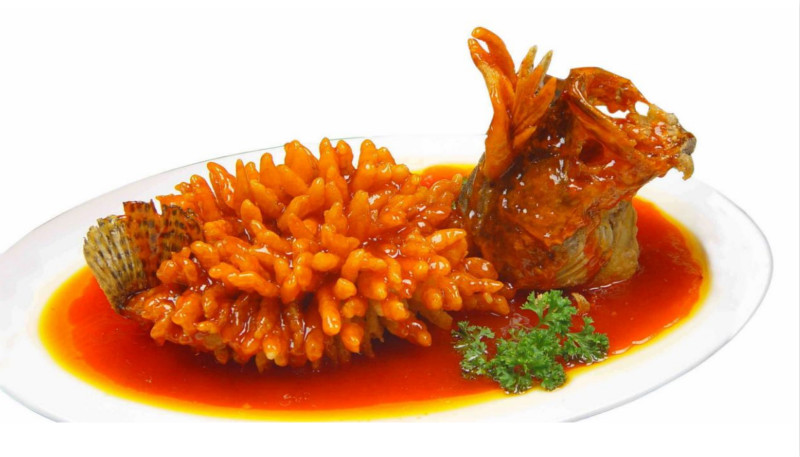 Crispy on the outside, moist and tender inside, the Squirrel-shaped Mandarin Fish is indeed a legendary dish in Jiangsu cuisine. The deep-fried sweet and sour fish is known as squirrel-shaped mandarin fish. Squirrel Fish is so named because of the crosshatch technique used to cut into the fish flesh, which after being deep-fried opens up the body and positions the head and tail like a jaunty squirrel. 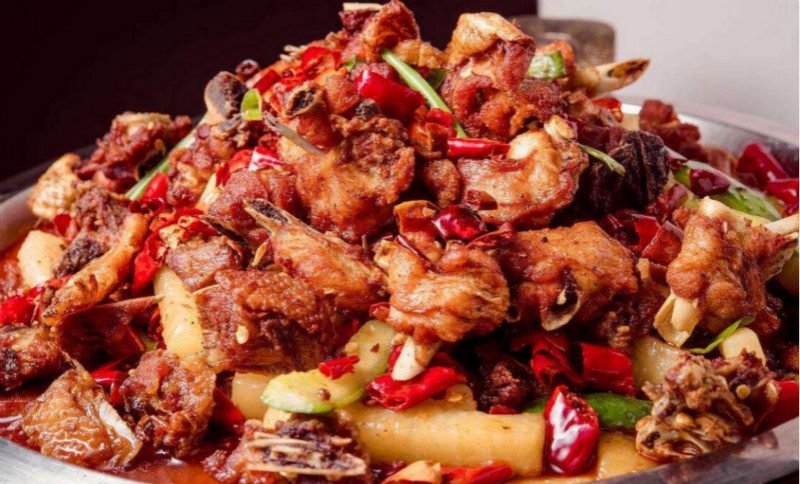 “Da Pan Ji”, directly translated, means “big plate of chicken“. It is without a doubt the most popular dish to come from Xinjiang. This spicy, crimson-red chicken and potato stew is commonly served in a ginormous plate and hence the name. It is rich and full flavours and is often shared amongst many diners as to finish one plate on your own can prove a rather challenging task. 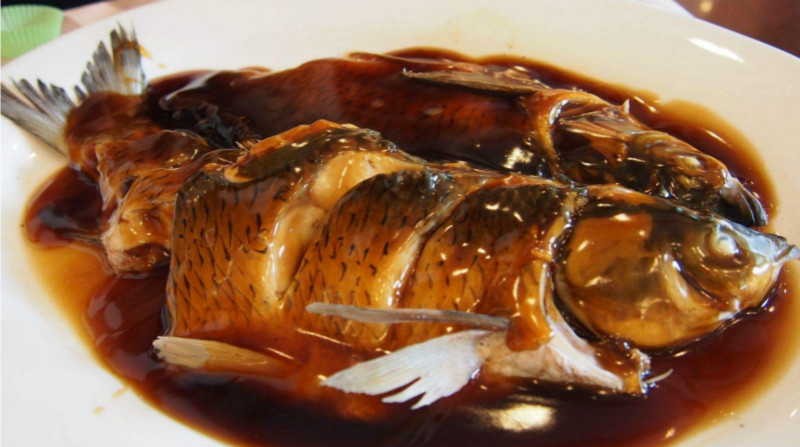 West Lake Fish in Vinegar Gravy is a typical Zhejiang-style cuisine fish recipe with yellow rice wine, rice vinegar, soy sauce. A whole fish gets poached and glazed with a sweet vinegar sauce. This dish is named after a large, beautiful lake in the city of Hangzhou. The fish is starved for a couple days to remove any muddy taste from the flesh. 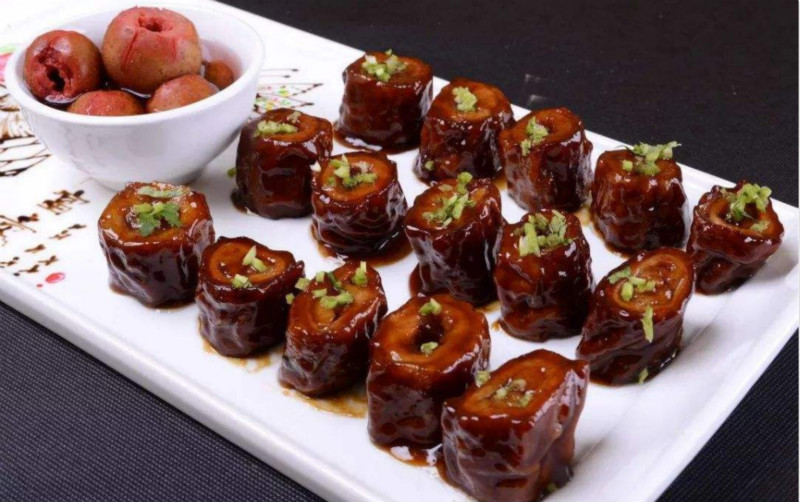 Braised Intestines in Brown Sauce is one of the famous dishes of Shandong cuisine. It is cooked in a very delicate way: first blanched, then deep-fried, and stewed with 10 more condiments. As one of the most famous dishes of traditional Shangdong cuisine, this dish is popular for its rich taste and special seasonings. You can taste sweet, spicy, salty and sour all in the first bite. 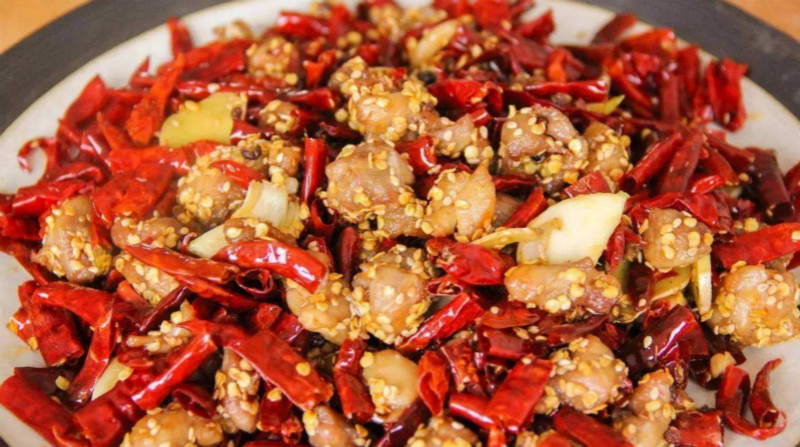 It usually refers to Chongqing chicken with chili peppers (the spicy taste) and Sichuan peppercorns (numb feeling). In Chinese, we call the dish La-zi-ji, which mainly mean dried chili pepper chicken. In general, this dish is a dry fried dish. Higher oil temperature helps to remove the extra water content inside the chicken, which further allow the mala flavor permeating better. 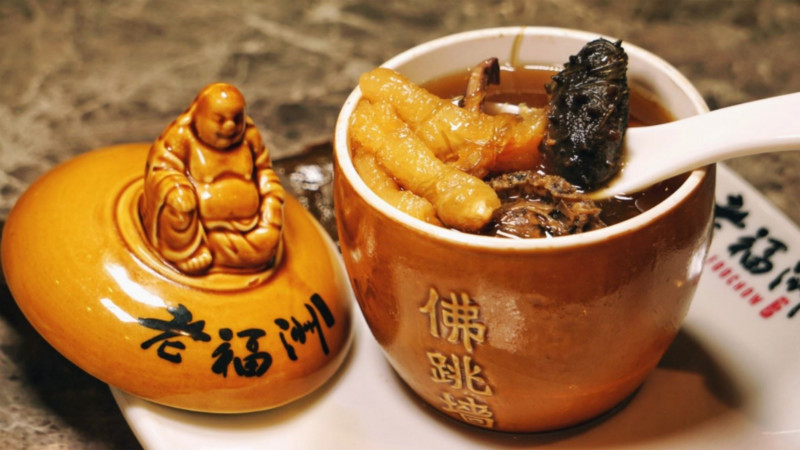 Buddha Jumps Over the Wall, or fo tiao qiang, is a variety of shark fin soup in Cantonese and Fujian cuisine. It is made of 18 pricey ingredients, including shark fish, abalone, sea cucumber, ginseng and scallops. All these are simmered together for long hours over slow fire, ensuring the essence has been extracted. A legend tells that a Buddhist monk found the smell of the dish so irresistible that he jumped over the wall to ask for a share, and that is why the dish gets such a special name.

Discover the Flavour of China

If you are a foodie who loves Chinese food, don’t miss the famous local cuisine at the destination you stay. Most often, delicious food is with beautiful scenery. We have designed a series of China food tours for you. If you have enough time, you can visit several places to taste the great regional cuisine. Beijing, Xian, Chengdu and Shanghai are the most famous ones. Also, if you are interested enough, you can also have chances to make Chinese food.