Due to the many Chinese cultures and the long history of China, there are a great variety of desserts of many forms. Chinese desserts are sweet foods and dishes that are served with tea, along with meals or at the end of meals in Chinese cuisine. Wheat from the north and rice from the south, the different ingredients make up the unique Chinese desserts. This article aims at highlighting some of the best Chinese desserts, such as Tangyuan, Tanghulu, Egg Tarts, Moon Cake, Mung Bean Cake, Eight Treasures Rice Pudding, etc. 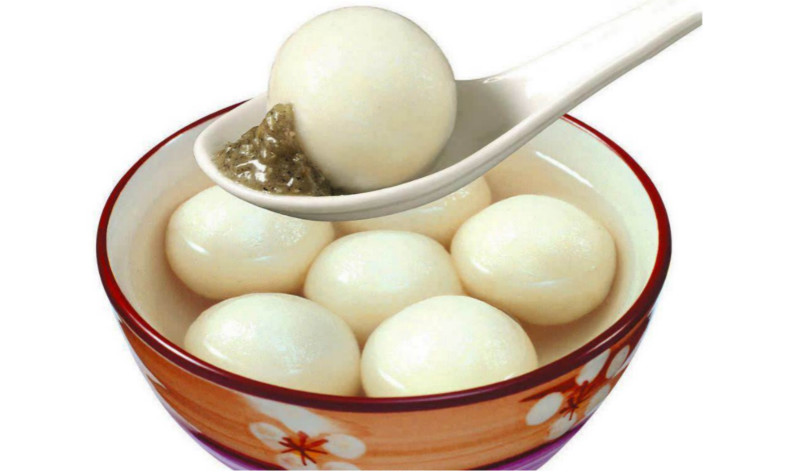 Tangyuan is a chewy and sweet dessert made of glutinous rice filled with a creamy ground sesame paste. The tasty rice balls come in a range of sizes and are best eaten in a sweet, watery broth. This dessert is cooked in boiling water and is usually served with a sweet dessert-soup base. The Chinese terms tong yoon and tang yuan sound like the phrase that means “reunion”. You can buy frozen packages at your local Chinese supermarket or have them fresh at various Chinese restaurants. 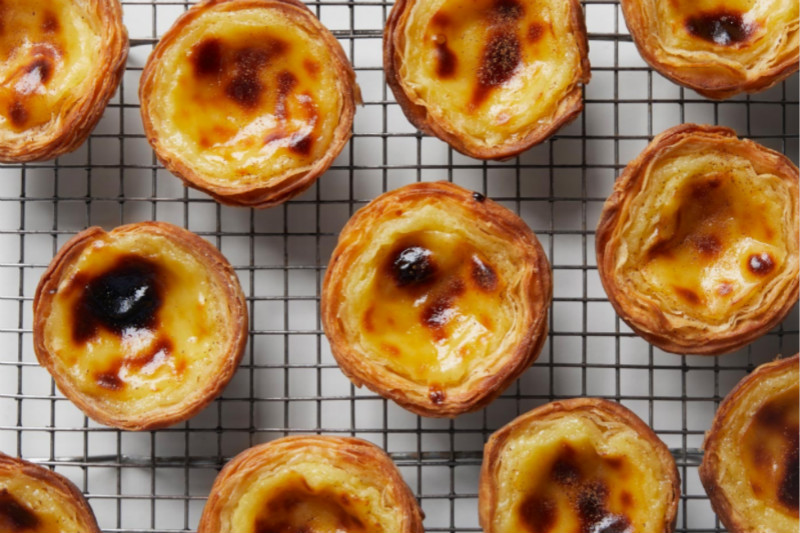 Though originating in Portugal, the egg tart is about as Chinese of a dessert as you can get. Thanks to Cantonese chefs having come up with a similar version of the dish in the 1920s, southern China was ready to embrace the Portuguese egg tart when it was finally brought to the island of Macau by Portuguese colonists. It’s a loved dessert kind that you will find in most dim sum restaurants and bakeries. This one is best eaten immediately it’s from the oven. 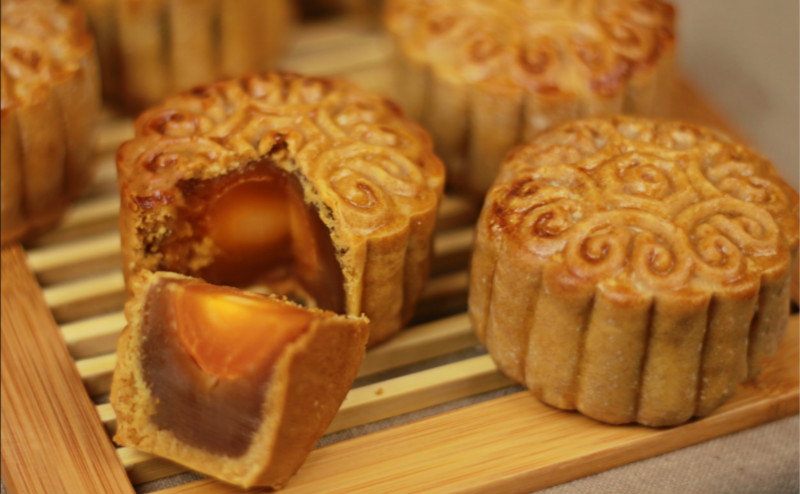 The traditional mooncake is a round pastry filled with a red bean or lotus seed paste and the dried yolk from a salted duck egg. The cakes are round and often small. They are mostly used during the mid-autumn festivals when we thanked the mountain god for the harvest. It was invented over 3000 years ago. Nowadays, it is common to find all kinds of mooncakes, even ones made of ice cream. 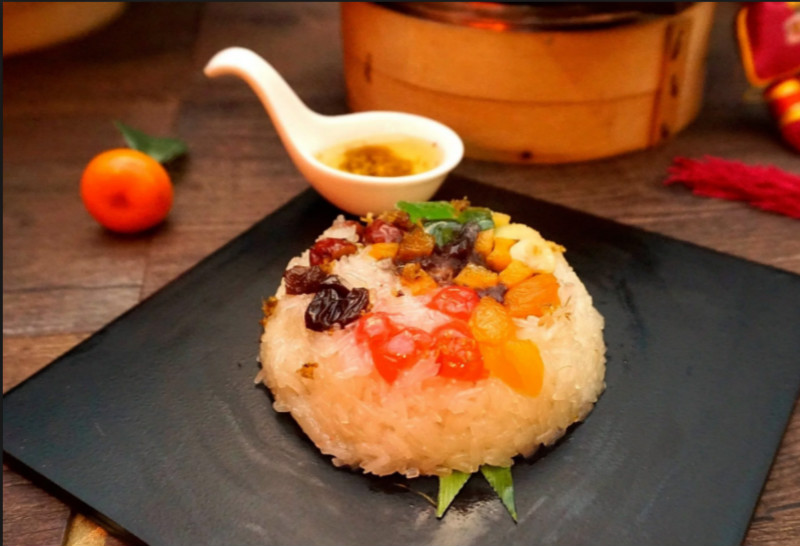 In China, the number eight means good luck. It may be used to mean that you are wished the best of luck in your businesses. Named after the number of ingredients, this sweet, sticky dessert is only served during special events or for Chinese New Year. Made with glutinous rice and a variety of dried fruits and nuts, including red dates and lotus seeds, it is a colourful and tasty dish with a rich history. 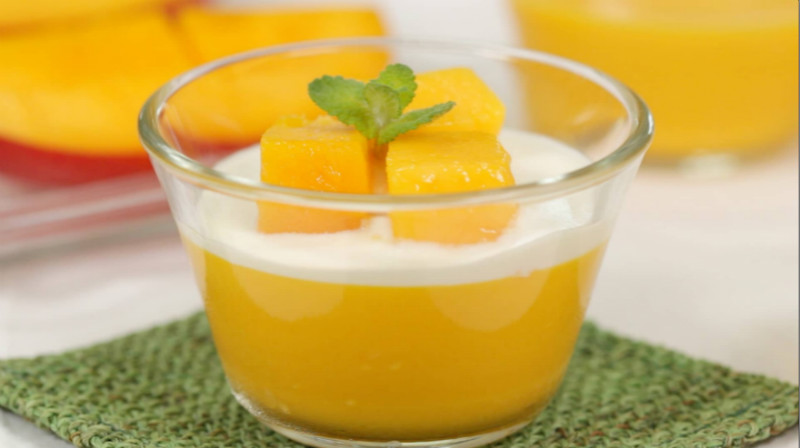 If you have visited China, you will notice that this is quite popular in the country during summer. There are several ways to make it with the popular one being the use of gelatine or pudding powder, heavy cream, milk, mangoes and granulated sugar. Instead of regular milk, coconut milk is added, which not only makes this dessert lactose-free, but also even more delicious as the coconut brings out the natural sweetness of the mango. 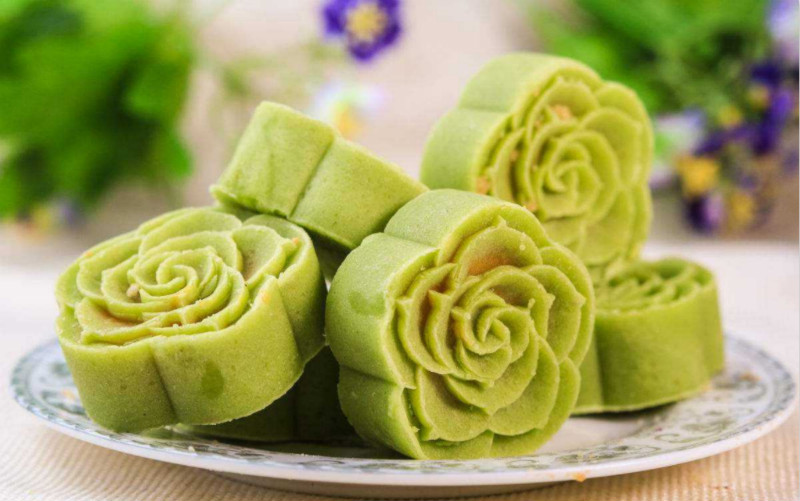 It is a cake made of green mung beans. These beans are available in China in abundance and because of their cooling properties, they are widely consumed during the summer season. For the green variation, matcha powder is added. The delectable cake is sweet to its very core. 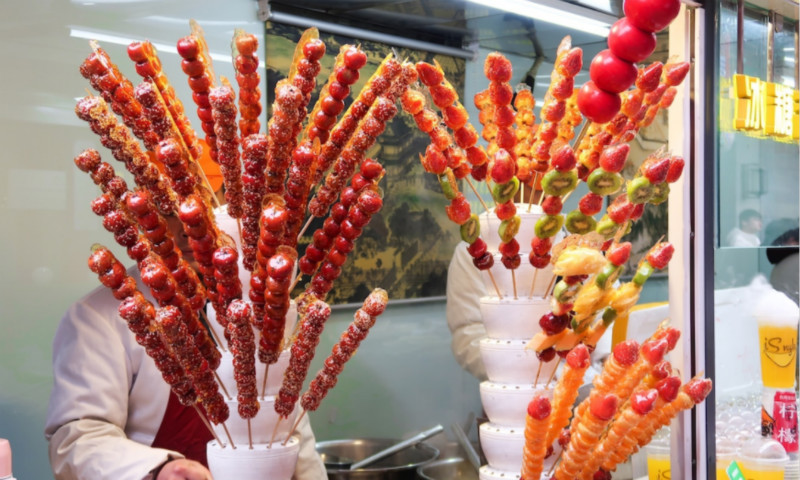 Tanghulu, also called bingtanghulu, is a traditional Northern Chinese snack of candied hawthorn. It consists of fruits covered in hard candy on bamboo skewers which are approximately 20 cm long. People often tanghulu for regular candied fruits; however, they are coated in a hardened sugar syrup. This sweet and sour treat was made in the ancient times, yet many people today still eat this in northern China. 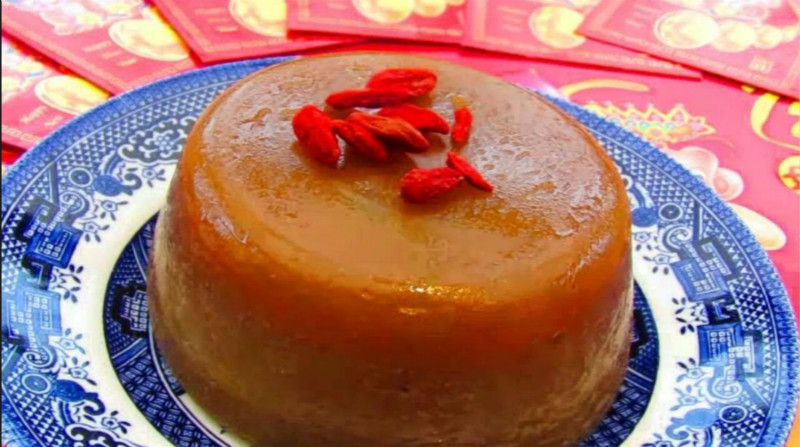 This cake made of glutinous rice is considered auspicious. Basically, rice is molded into different shapes like ingots or their god of wealth. Sometimes it is given the shape of a pair of carps that implies prosperity. The Jiangnan and Shanghai Cuisine and many other regional variations differ in appearance and taste. Sometimes it is made of black sesame and sticky rice and eggs. 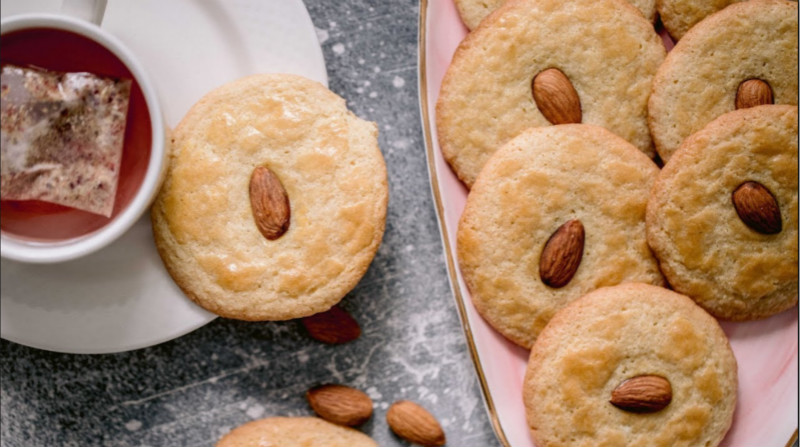 This is one of the most popular desserts in Chinese culture. They’re often served at festivals as well as Chinese New Year celebrations. Although this is a traditional dessert it’s still as popular today as it was back then. The recipes indicate light and delicate flavor that isn’t overpowering. After making the cookie dough, a piece of almond is placed in the cookie that completely alters the flavor. 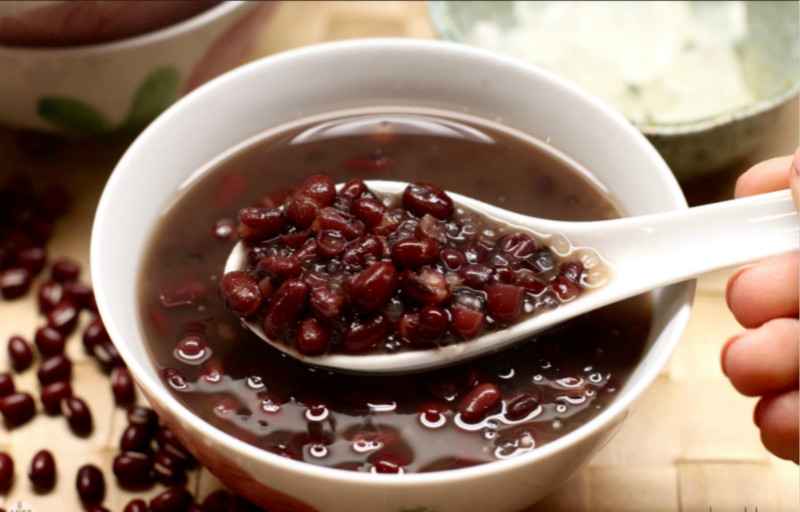 A traditional Chinese dessert that’s sometimes eaten as a late-night snack, red bean soup is a favourite for any celebration, including Lunar New Year. Made with red beans, sun-dried tangerine peels, and lotus seeds, the sweet dessert soup contains vitamins B and E. It’s usually eaten hot, and variations include the addition of glutinous rice balls, or sago. The sugar seasoning makes it sweet, but it does not dominate the very taste of red bean. There is also a subtle tangerine flavor as tangerine peels are used during the boiling process.