Ancient City of Hanoi in Kashgar 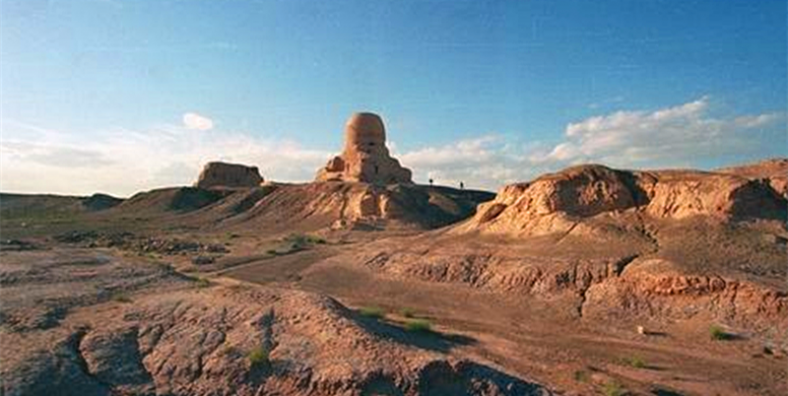 On the Gobi Desert, about 30 kilometers northeast of Kashgar City, is the abandoned ancient city of Hanoy.

Why is Ancient City of Hanoi So Special?

Some city-walls, lanes and religious relics have been found. Among them the eastern wall is preserved better, about 77 meters in length. The city is irregularly square in shape. Its south wall is about 94 meters long, west wall about 70 meters long and north wall about 91 meters long. There have ever been unearthed some bronze wares, ironwares, Jade wares, golden seats and other ornaments. The word “ Hanoi” means “palace”. According to textual researches, it was the “Jiashi City”, capital of Shule Kingdom in the Tang Dynasty, and is the seat of Shule Garrison and Shule Superintendent Office and the capital of Karakhanid Dynasty, too. Now it is listed as a major cultural site protected by the Autonomous Region.

Where is Ancient City of Hanoi

Ancient City of Hanoi The city is located on a mesa on the southern bank of an old course of Qakmak River, about 30 kilometers to the northeast of Kashi City.

History of Ancient City of Hanoi

About 1500 years ago.  The ancient city is a Buddhist site in Shule State more than 1,000 years ago. It is about 3 kilometers long and 1 kilometer wide. The wall of the city is still covered with pottery.  There is an abandoned karez under the hillside outside the city, which shows that the water diversion technology of karez has been used in ancient times.

The ancient city wall in the distance became clearer and clearer. Walking along, I saw a sunken ditch in the distance and a hole beside it. It looked like an ancient drainage system. While thinking about it, the manager guarding the area came over and said that the area was closed to the public. It turns out that there are still large areas of uncleared areas in the ancient city.