If you have a 4 or 5 day stopover in Tianjin, then Xi’an is another good option outside Beijing. This city is widely regarded as China’s greatest ancient capital and the starting point of the ancient Silk Road. Its terracotta warriors were praised in the Eighth World Wonders, a world heritage site listed by UNESCO and should be visited once in a lifetime. This tour starts from the cruise port after you arrive in Tianjin, then takes you to a stylish bullet train to Xi’an (about 6 hours), visits terracotta warriors, rides bicycles on the ancient city walls, tastes local cuisine … After that, you will Return to Tianjin by plane. 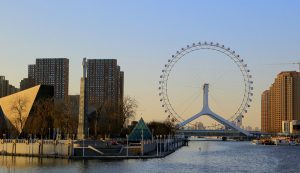 Our English-speaking tour guide and driver will meet you at the Tianjin International Cruise Terminal at 8:30 AM, then escort you to the train station and take a high-speed bullet train to Xi’an. After about 6 hours by car, you will arrive in Xi’an and be picked up by our local Xi’an tour guide and driver. Drive from the train station to the city to check in. The rest of today is for you to relax in this largest ancient city in China. 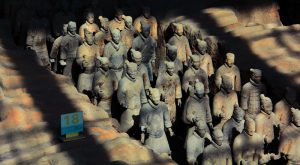 After breakfast, drive about 40 kilometers and discover one of the greatest man-made wonders in the world-the Terracotta Army built by Emperor Qin Shihuang to protect his afterlife. More than 8,000 life-sized soldiers, horses and chariots were buried in three pits for more than 2,000 years, until they were discovered by local farmers in 1974, forming an ancient military unit composed of complete combat units such as infantry, cavalry . The characters not only surprised Qin Shihuang’s ambitions, but also surprised the superb art skills of ancient Chinese craftsmen.

After lunch, return to Xi’an and stroll through the largest and best-preserved Ancient city walls in China. While you leisurely inspect this well-maintained city wall, you can admire the panoramic view of modern Xi’an, which is 12 meters high and 18 meters wide, with a total circuit of nearly 14 kilometers. After this visit, you will hang out in the bustling and lively Muslim district, where you can taste a variety of local snacks and explore Muslim culture. 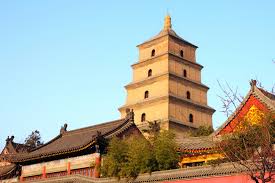 After breakfast, head to Datang Temple, a famous Buddhist scripture translation website of the Tang Dynasty. The Big Wild Goose Pagoda is the most famous building in the temple. The tower is 64.5 meters high and was built by the famous Buddhist master Xuan Z to preserve the classic scriptures purchased from India in the early Tang Dynasty. Xuan Z is the prototype character of Tang Seng in the famous Chinese novel Journey to the West. (Note: If you want to climb the Big Wild Goose Pagoda, you need to pay an extra RMB 30)

Next is an educational visit to the Shaanxi History Museum, where you can stroll through the modern exhibition halls and admire historical and cultural relics such as porcelain, paintings, and currency from the Zhou Dynasty to the Tang Dynasty (1100-907 BC). (Note: As a large number of tourists may gather during July, August, and early September-summer vacation, the Shaanxi History Museum may be replaced by other activities or attractions. Your travel consultant and guide will tell you if adjustments are needed. )

After the tour, you will be taken to the airport and back to Tianjin by plane. About 2 hours of flight will reach Tianjin Binhai International Airport. Pick up and escort you by your local guide and driver. rest well! 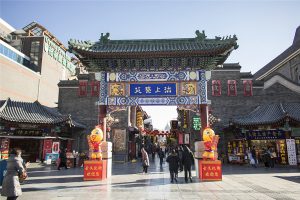 After breakfast, you will start your exploration of Tianjin today. First, you will visit China House, the most striking building in Tianjin. This is a private museum decorated with approximately 400 million pieces of ancient Chinese porcelain and more than 13,000 ancient Chinese porcelain vases, plates and bowls. You will have a unique experience in this beautiful, gorgeous and fun special building. Later, continue to visit the Shijia Grand Courtyard, a large and well-preserved dwelling house with northern Qing Dynasty characteristics.

Lunch will be a beautiful dim sum lunch at River 66. After lunch, you can take a leisurely stroll on Tianjin Ancient Culture Street, where you can enjoy special architectural styles, taste folk crafts and taste delicious local snacks. Don’t miss the clay sculptures in the middle of Yangliuqing Gallery and Ancient Culture Street and the clay sculptures of Tianhou Palace.

Finally, you will be escorted back to the cruise ship around 5pm. Our service ends.