Renowned as the cradle of China, Henan Province has a great wealth of history and culture. Luoyang, Zhengzhou and Shaolin Temple are the most popular destinations in Henan tour. This short day Henan tour covers all the top things to do in Henan province, including Henan Museum, Yellow River Scenic Area, Shaolin Temple, White Horse Temple, Tianzi Jialiu Museum, Longmen Grottoes… 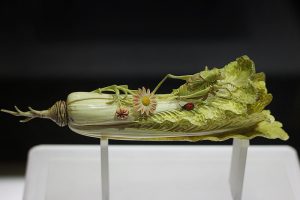 In the early morning, met by tour guide in Beijing and transferred to Beijing West Railway Station to take the high speed train to Zhengzhou. It will take about 3 hours. Upon arrival, the local tour guide will pick you up from Zhengzhou railway station.

Have lunch and then start today’s tour. Drive to visit the national Museum – Henan Museum, which is one of the three major museums in China, and the largest center for the collection and study of cultural relics.

Afterwards transferred to Yellow River Scenic Area, 20 kilometers away the northwest of Zhengzhou City. It is a section of hills along the Yellow River covered with bushes, trees and a large paved plaza.

After all the tour, drive to Dengfeng for overnight. 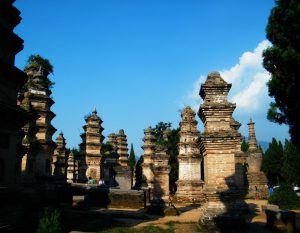 After breakfast, head to Shaolin Temple, which is reputed as the Head Temple of all Zen Buddhist temples in China with a history of more than 1500 years. And in the year of 2010, it was listed as the UNESCO World Cultural Heritage Site.

Shaolin Kung Fu performance is another highlight of this tour, which is performed by the professional performance team from Shaolin Tagou Wushu School.

Then drive to Luoyang and visit White Horse Temple, the first Buddhist temple in China and renowned as the cradle of Chinese Buddhism. It was established in 68 AD under the patronage of Emperor Ming in the capital Luoyang of Eastern Han dynasty. 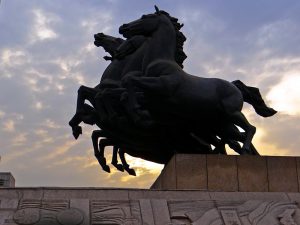 After breakfast, move on to Tianzi Jialiu Museum, also known as the Museum of Emperors Chariot Drawn by Six Horses of the Zhou Dynasty, which are even older than the famous Terracotta Warriors discovered in Xian.

Then visit the Longmen Grottoes. Located on both sides of the Yi River to the south of the ancient capital of Luoyang, it comprises more than 2,300 caves and niches carved into the steep limestone cliffs over 1km long stretch.

In the late afternoon, be escorted to Zhengzhou railway station to take high-speed train back to Beijing. Upon arrival, your local guide will pick you up at railway station and transfer to your hotel in Beijing. Service ends.