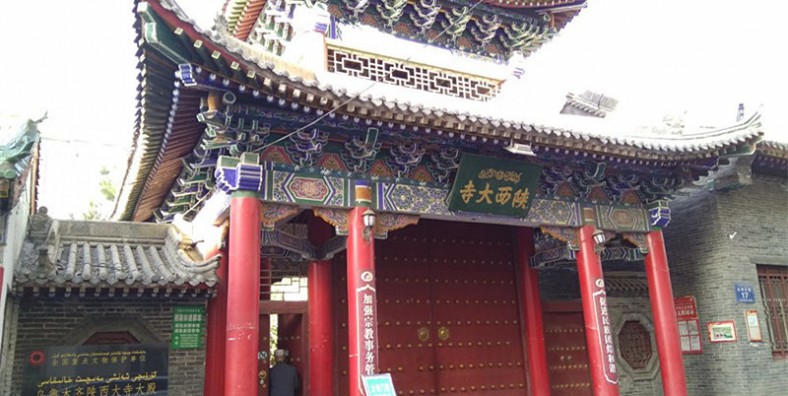 Why is Shaanxi Grand Mosque So Special?

Where is Shaanxi Grand Mosque

Located at Yonghezheng lane of Hepin Road, South Gate of Urumqi, the mosque was built with the donation of the Muslims from Shaanxi Province in 32rd year of the Emperor Guangxu reign of Qing Dynasty (1906).

During the Anti-Japanese War, Shaanxi Grand Temple was the center of patriotic education and support activities for Hui Muslims in the city. After liberation, it carried out many activities to support the war to resist U.S. aggression and aid Korea.

The mosque was built during the reign of Qing Ganlong (1736-1795) and has a history of more than 200 years. After many vicissitudes, in the 32nd year of Guangxu (1906) in the late Qing dynasty, Muslim Hui people from all sides in the Weihe river basin in Shaanxi province donated money for reconstruction. The temple was dilapidated before liberation and was listed as a key cultural relic protection unit in the autonomous region after liberation. During the “Cultural Revolution”, Shaanxi’s Great Temple was severely damaged. After the Third Plenary Session of the 11th CPC Central Committee, Shaanxi’s Great Temple resumed its proper religious activities due to the implementation of the Party’s ethnic and religious policies to put things right. The government has also set aside special funds to help rebuild Shaanxi Temple.

After the renovation of Shaanxi’s Great Temple, this ancient building has regained its youthful luster and has a new face. Many Muslims come to carry out religious activities every day, thus meeting the needs of the Muslim religious life in Urumqi. Every religious festival, people gather together in Shaanxi grand temple to attend the ceremony.
International friends who come to Urumqi often come here for religious life or visits. The Islamic Association of Urumqi is also located here.

The front of the temple is the main hall, which is more than 10 meters high. It is an ancient brick and wood structure with a style similar to that of an ancient Chinese palace. The front of the temple is of a single-eaved Xie Shan style with green glazed tiles embedded in the roof. There are 36 red round wooden pillars in the corridor around the hall. The scale is magnificent and spectacular. At the back of the hall is a double-eaved “octagonal building” with eight or four eaves, which is a full moon building. The decoration of the four walls and doors and windows in the temple is exquisitely carved, and brick and wood carvings are all made of various patterns such as flowers, melons and fruits, which not only strictly follow the Islamic doctrine of not using icons and animal figures, but also maintain the architectural style of traditional wood structures in ancient China. The hall is paved with blankets for Muslim worship.

In front of the hall is a spacious compound, with halls on all sides except the west. The north hall is a lecture hall, the south hall is a bathroom, and the east hall is a place for imams to study.

The best time to come to Urumqi is every autumn, that is, August and September.

At this time, the weather has begun to become cool and melons and fruits have begun to mature. It is a very suitable time to travel. At this time, most scenic spots begin to hang attractive golden colors. Let’s tour in the golden ocean. The natural scenery in various parts of Urumqi is very beautiful. In our spare time, we bring our family to Urumqi to play, eat delicious melons and fruits, and enjoy the different local conditions and customs here. I believe this is a very beautiful moment and a very happy memory.