Located at the junction of Himalayas, the Gangdise, the Kunlun Mountains and Karakorum Mountains, Ngari is a dream destination for both travelers and pilgrims who share the magnificent landscape, inspiring culture and friendship of local Tibetan together. The Mount Kailash and Lake Manasarovar in Ngari area are regarded as the ‘sacred mountain’ and ‘holy lake’. The ruins of Guge Kingdom brings you a mysterious Ngari.

▪ Mount Kailash: the famous sacred mountain and the center of world regarded by Hinduism, Tibetan Buddhism and Bonism.

▪ Lake Manasarovar: At the altitude of 4588 meters, it is one of the highest freshwater lake in the world, meaning the lake where God’s will came into being.

▪ Toling Monastery: a famous monastery with wonderful murals that was built by the king of Guge Kingdom in A.D 996.

Other Destinations in Ngari

Although the tourist infrastructure construction fortunately is relatively undeveloped, Ngari is a dream destination for both travelers and pilgrims. The Mount Kailash and Lake Manasarovar in Ngari area are regarded as the 'sacred mountain' and 'holy lake', which are the must-see attractions in Ngari, and pilgrims always undertake a Kailash Mansarovar Yatra. The ruins of Guge Kingdom brings you a mysterious Ngari. [...]

Being one of the top destinations in Tibet, Nagri will never let you down. You can spend a leisure time around Manasarovar Lake and immerse yourself in the strong Buddhist atmosphere by trekking around Mount Kailash kora, which is one of the most popular and important trekking routes in the world. You also can explore the mysterious ancient Tibetan culture in the ruins of Guge Kingdom.Mysterious Tibet can help you to customize a trip to Ngari and guarantee you [...] 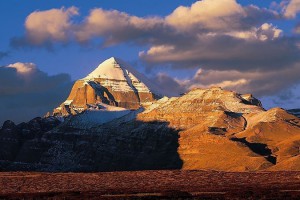 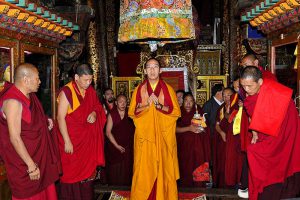 Ngari Prefecture (coordinates: 78°23′40″～86°11′51″ E, 29°40′40″～35°42′55″N) is located  in the westmost of Tibet Autonomous Region with an altitude of 4,500m. Due to its high altitude and wind region, Ngari features in frequent strong winds and low precipitation. However, seasonal rain is concentrated from early July to September that the rainfalls are about 80% of annual precipitation. The temperature varies greatly during a day. It can be over 20℃ in the daytime of summer, then drops to below 0℃ at night. The temperature difference during a year is slight. It is the coldest area in Tibet with [...]

More Ngari Climate & When to Go >>

Although the weather in Nagri is harsh, people there are warm and hospitable. The best-known dance Xuan(kind of traditional dance in Tibet which only the special chosen old people know how to dance and is passed down from one generation to another ) not only owns a long history, is also the best way to present the characteristic of Tibetan costume. After a taste of a cup of highland barley wine, yak butter tea, acidophilus milk, you will be [...]

Ngari is the westernmost prefecture in Tibet Autonomous Region, located at the junction of Himalayas, the Gangdise, the Kunlun Mountains and Karakorum Mountains. With an average altitude of more than 4,500 meters, Ngari is the real "the roof of the world", and has many dominating peaks over 6,000 meters. Mount Kailash Kora and sightseeing the beautiful Manasarovar Lake are the most popular attractions in Ngari. Before doing a tour in Ngari, you should pay attention to the following things. 1. Useful Numbers Fire: 119 Police: 110 Area code: 0893 Ambulance: [...]

If we go to somewhere new, maps are good support for us. To help you have a better understanding of Shannan, we provide you different Ngari maps including Ngari transportation map, Ngari tourist attractions map, Ngari region map and Ngari location map, etc, through which you can probably know how to get to Ngari and what to discover there. [...]

Where to Stay With the development of tourism, the accommodation in Ngari improves a lot but accommodation in Ali, Tibet, is not satisfactory except for Shiquanhe Town, there are basically no bathing facilities in the hotels in Ali. Most of them are guesthouses. Bathrooms are rarely available in these hostels. The better hotels can not be easily booked, so you’d better book it in advance. Here are some hotels for your reference. 1. Name: Tibet Ngari Grand Hotel(西藏阿里大酒店) Tel: (0897)2666666 Add: East Shiquanhe Road, [...]