The most representative delicacies in Xi’an are local snacks, with hundreds of varieties, mainly made of flour in halal flavor, with salty and spicy tastes, as well as typical cakes of various forms, lingering aftertaste. These snacks have been improved over time. Some of them have been innovated and accepted by more and more visitors from all over the world. They have also appeared on food programs such as “A Bite of China”. Although it is snack, it is not “small” in fact. Many snacks are full in quantity. Besides the ones mentioned in the Must-eat Food in Xi’an, you shouldn’t miss the following best street food in  Xi’an. 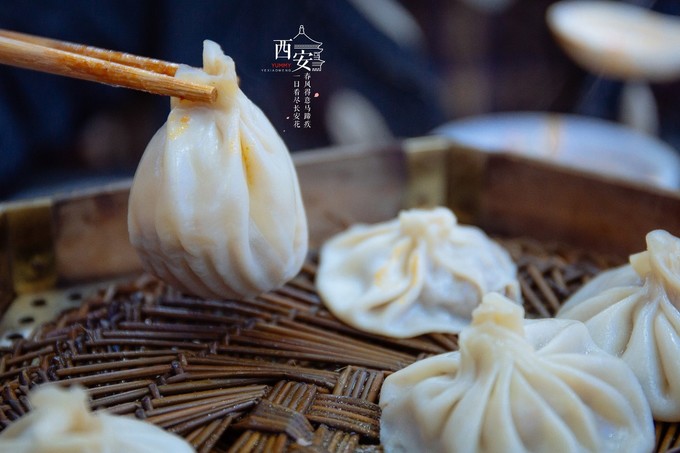 Soup dumplings are large, soup-filled type of steamed buns (baozi). They are also sometimes known as guantang bao or soup-filled buns. Various varieties are found, with some name variations in various parts of the country, but the preparing practices vary from place to place. Xi ‘an soup dumplings taste salty and fragrant, mostly stuffed with beef and sheep, and served right after they are ready.

Hulatang, also known as hot pepper soup or spicy soup, is popular food for breakfast in Xi ‘an. Compared with the equally famous Henan spicy soup, Xi ‘an version of Hulatang emphasizes the feeling of “numb taste”. The soup base is made by boiling beef bones with scallion, ginger and cooking wine, potato powder is thickened, beef balls are covered under the thick soup, and vegetables such as potatoes, cauliflower, zucchini, etc. It is an enjoyable experience to have a bowl of Hulatang for your breakfast in Xi ‘an. 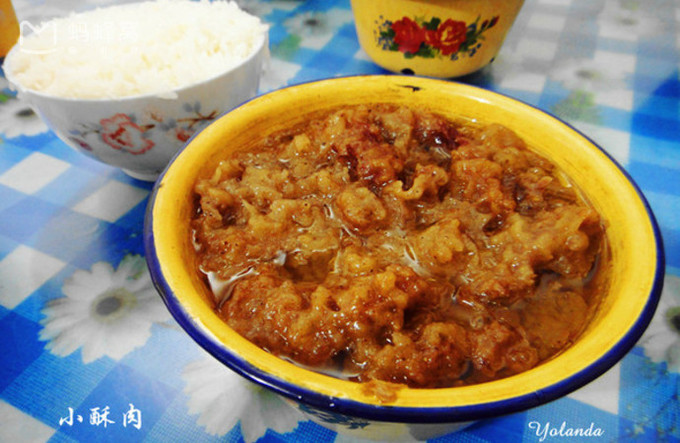 Fried Crispy Pork is a very delicious meat dish. The taste is smooth and tender. Its main ingredients, pork covered with eggs, are nutritious. The crisp and non-greasy pork makes it a favorite for people preferring a light flavor dish.  and you can eat it with rice. Different from the versions in other regions, this method is unique one in Muslim Quarter. This shop has a history of more than 20 years and keeps repeat customers. 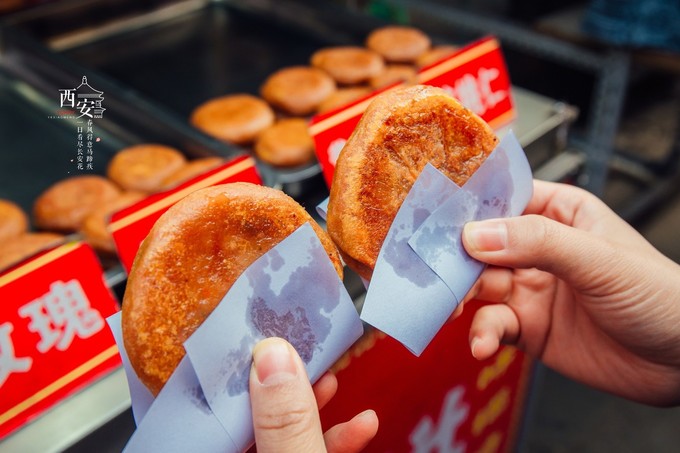 Xi ‘an is abound in persimmons. People usually make the dried persimmons when they turn ripe. The dried persimmons can be stored for a longer time with better taste. Deep-fried persimmon pastry (黄桂柿子饼), also known as crystal persimmon cake is popular among locals and tourists. They have the tastes of walnut, sesame, peanut, rose, bean paste, jujube paste, etc. It can also be taken away as souvenir, in vacuum package for convenient carrying. 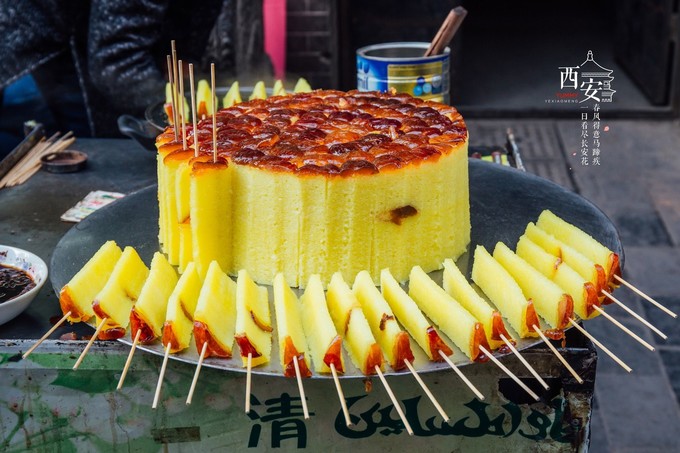 Osmanthus rice cake is a traditional sweet-scented Chinese pastry made with glutinous rice flour, honey sweet-scented osmanthus and rock sugar.[1][2] It has crystal clear, sweet and soft waxy characteristics. There are many kinds of Osmanthus rice cakes, this golden looking one can only be seen in Shaanxi, which is one of the local people’s favorite roadside snacks.