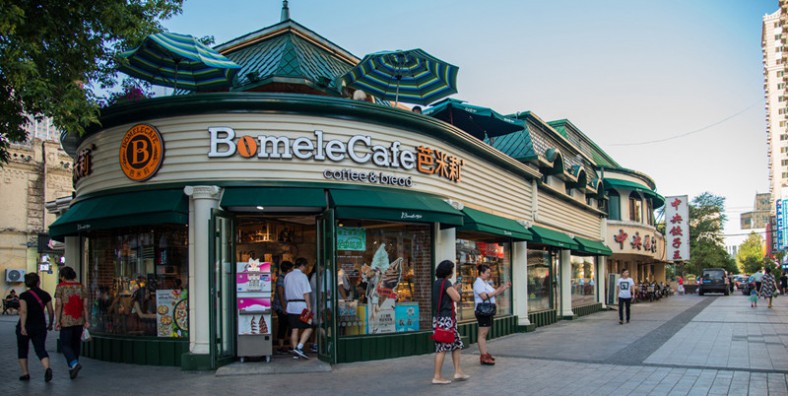 Why is Zhongyang Pedestrian Street So Special?

Known as the ‘Eastern Moscow’, Harbin has always been regarded as a unique and exotic city. The most exotic place in Harbin is Central Street, known as Zhongyang Dajie in Chinese. It has been the most prosperous commercial hub for over one hundred years in downtown Harbin. The street is featured with a large number of western architectures, including Russian, Baroque, Renaissance and other style buildings. The Central Avenue is the landmark of Harbin city

Where is Zhongyang Pedestrian Street?

Zhongyang Pedestrian Street is located at No. 3 of Central Street, Harbin. And the address in Chinese is 哈尔滨市中央大街3号. The street lies about 3 km from Harbin Railway Station.

How to Get to Zhongyang Pedestrian Street?

If you want to get rid of hustle of transportation and troublesome navigation, you can book a private tour package which covers visiting, dining and transfer from us. Our local tour guide and driver will escort you to Zhongyang Pedestrian Street with speed and convenience, and take care of all the details. You just need to focus on travel.

For visitors who have never been to Moscow, Rome or Paris can get a feeling and appreciation for the architecture of those cities by visiting the Central Avenue in Harbin. Harbin is known as “Eastern Moscow” or “Eastern Paris”, and as the miniature of Harbin, the Central Avenue is the landmark of Harbin city that you can not miss.

Time: Dec. 24 to Feb. 28
The annual Ice and Snow Sculpture Festival is Harbin’s main tourist highlight. It is the world’s biggest winter festival. The bitterly cold winters are just right for this festival. The lightning on the huge ice sculptures in the Ice and Snow World are technologically sophisticated. They use computer controlled LEDs and regular lighting to animate stunning displays of color and design.

Jiaoyu Bookstore (Education Bookstore) is the biggest form of Baroque architecture in Harbin and the mark of the Central Street.