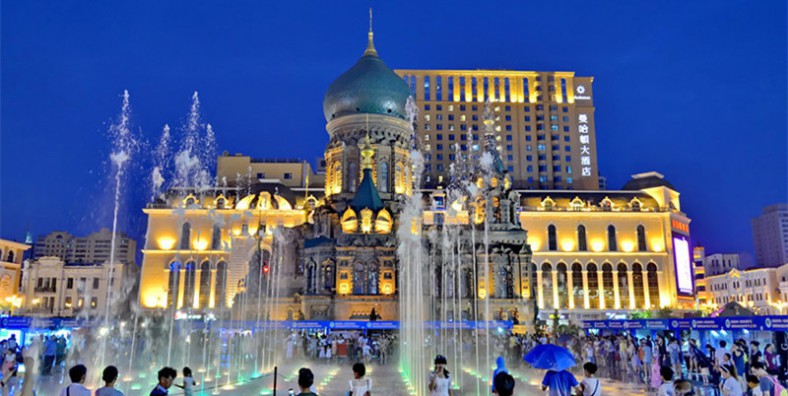 Why is St. Sophia Church So Special?

St. Sophia Church is the largest Eastern Orthodox Church in China.  It was built early in the 20th century, for the Russians and other Orthodox people living around Harbin. The moment it was finished, it had been the landmark of Harbin by its grand and magnificent appearance and exotic atmosphere. Today, it is a popular tourist spot in the city attracting visitors home and abroad as well as a key historical site for the research of modern history of Harbin.

Where is St. Sophia Church？

St. Sophia Church is located at central district of Daoli, Harbin city. The address in English is: No.88 Toulong Street, Daoli District, Harbin, Heilongjiang Province, China. And the address in Chinese is 哈尔滨市道里区透笼街88号. The Church lies about 3 km from Harbin Railway Station.

How to Get to St. Sophia Church

If you want to get rid of hustle of transportation and troublesome navigation, you can book a private tour package which covers visiting, dining and transfer from us. Our local tour guide and driver will escort you to St. Sophia Church with speed and convenience, and take care of all the details. You just need to focus on travel.

What to See in St. Sophia Church

The St. Sophia Cathedral has a complex history. Shortly after the Boxer Rebellion (1899-1901), the Russian built the church of timber in March, 1907. The Japanese defeated the Russians during a war in 1905, and the Russian No. 4 Army Division arrived in the region. A wooden building called St. Sophia Church was built at the site, and it was finished in 1907. Then construction on the existing structure began in 1923 for the Orthodox of the region, and it was finished 9 years later. It is a work of art.

The church building sits on a plaza. It has red walls with a green dome and steeples that are topped with golden crosses. To non-Russians, it is a highly unusual looking building. Though the building’s interior was damaged after the revolution, it is still beautiful. The splendid church is designed to be a cross-shape in the east-west direction and its walls are covered by red bricks. It is a master-slave layout that a big green Byzantine spherical pinnacle commands four smaller tent-shaped pinnacles in typical Russian style.

In front of the church is a large musical fountain, where the locals are very fond of taking their wedding photographs. Compared with the view in daytime, it is more beautiful at night, when night falls and being under bright lights, the church looks more majestic, mysterious and exotic.

Best time to visit
1) 2:00-3:30 pm, the best time for photography for the sun shines right in the frontage of the church.
2) After 7:00 pm, the colorful lighting makes the church more beautiful and more romantic.