Shandong is a pivotal cultural and religious site for Taoism, Chinese Buddhism, and Confucianism. During this 4-day Shandong cultual tour, we will explore the Taoism and Confucianism through climbing the Mount Tai and visiting the birthplace of Confucius, Qufu.

Upon your arrival, tour guide will pick you up and then transfer you to your hotel for a short rest. Then we will head to visit Spring City Square. The Spring City Square is one of the most famous places in Jinan city and the famous statue “Spring” has become a symbol of Jinan. 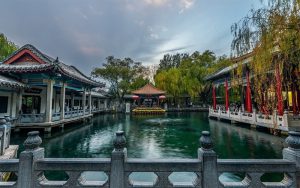 Today we will head to visit Daming Lake Park, one of the three major attractions in Jinan. Fed by the artesian karst springs of the area, it is the largest lake in the city of Jinan.

After that, move on to Baotu Spring Park, the “Number One Spring under the Heaven”, another major attractions in Jinan.

In the afternoon, drive about 1 hour to Taian and visit Dai Temple. Located at the foot of Mount Tai and first built during the Qin Dynasty, the Taoist temple is the largest and most complete ancient building complex in the area with five major halls and many small buildings.

After the tour, transfer to your hotel in Taian. 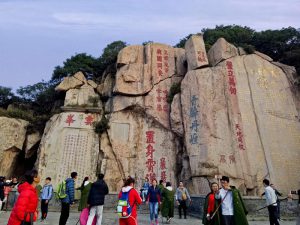 Today we will climb Mount Tai. Mount Tai is the foremost of the five Great Mountains of China and was listed as the UNESCO World Heritage Site in 1987. Drive to the Halfway Gate to the Heaven. Then, hike about 1.5 hours or take cable car(paid by yourself) to the top of the Mt. Taishan. Visit South Heavenly Gate, Heavenly Street, Jade Emperor Peak, Inscription on the Cliff, Sun Rising Peak, etc.

After that, go down the mountain by cable car. And then transferred to Qufu for overnight.

In the morning, head to Qufu and experience the Confucian culture. The three most famous cultural sites of the city is collectively known as “San Kong”: Confucian Temple, The Confucian Mansion, the Confucian Cemetery, which have been listed as a UNESCO World Heritage Site since 1994.

After the tour, transferred to the airport or train station for your next destination. Service ends.