Foping is recognized as the “Home of Panda” lies on the Qinling Mountains, contain the highest panda population density in the World, and the stronghold of the Golden Monkey. It is an area with varied landforms and a complex ecosystem containing many rare animals and plants. 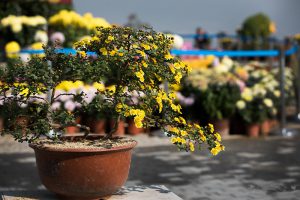 Our guide and drive will pick you up from your hotel in the morning ,transfer you to Xi’an North train station.Take high speed train to Foping with our English guide. Foping is recognized as the “Home of Panda” lies on the Qinling Mountains, contain the highest panda population density in the World, and the stronghold of the Golden Monkey. And some lucky traveler have encounter with the World’s only brown-and-white panda in here. Only about 45 minute later, you will arrive in Foping county. Then take taxi to Panda&Golden monkey protect base in Foping Reserve. Walk about 1 km it’s Dapingyu,you will  see 3 pandas,they are not  the real wild,but man-made base, also doing some research. After that, walk about 10 minutes to the Golden Monkey Valley,here you  can  see  the wild golden monkey. Go back to Xi’an by high speed train in the afternoon.