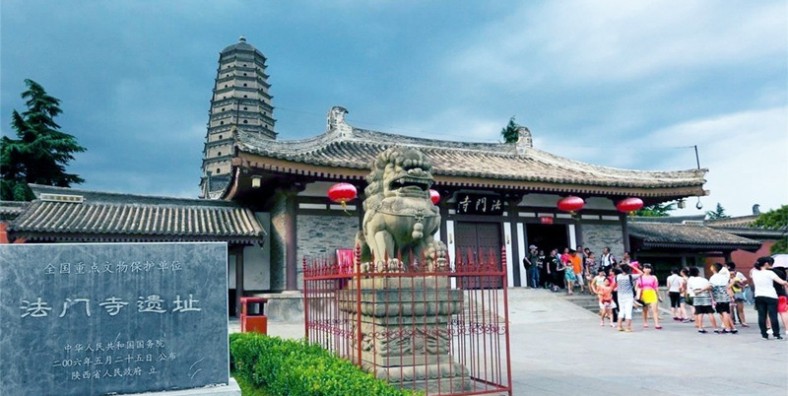 Qianling Mausoleum and Famen Temple both are world-class cultural scenic area, which are locate in Shaanxi Province. During this tour we will have an exciting adventure at Qianling Mausoleum,...

Qianling Mausoleum and Famen Temple both are world-class cultural scenic area, which are locate in Shaanxi Province. During this tour we will have an exciting adventure at Qianling Mausoleum, grave of the only female emperor in ancient China. And Explore mystical Buddhist holy land, Famen Temple. At end of the day, taste local food at Yuanjiacun village.

After breakfast, pick up group members from hotel then drive to Qianling from Xian city.
Qianling, It is the mausoleum (grave) of the great former empress Wu Zetian and her husband the emperor Li. She was the only empress in China. She married to emperor Li Shimin first. After the emperor passed way, she married to the son of Li Shimin (it was common at that time and that area) and then became the empress. She was a smart woman with courage and wisdom.
Have lunch in local restaurant.

Famen Temple, renowned for storing the veritable Finger Bone of the Sakyamuni Buddha, is located in Fufeng County of Shaanxi Province, Famen Temple is regarded as the ancestor of pagoda temples in Guanzhong area. It will stand out as a world-class cultural scenic area featuring the “Time-honored Buddhist Holy Land and Age-old Classic Buddhist Site.”
On the way back to Xi’an ,visit the local Yuanjiacun village.You can gave your free time here,taste the local food.