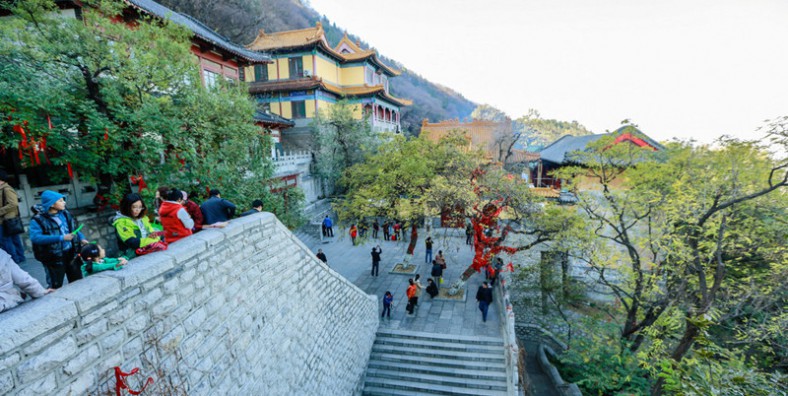 Why is Thousand Buddha Mountain So Special?

Thousand-Buddha Mountain (Qianfo Shan) is one of the key points of interest in the city of Jinan. Anyone traveling the Shandong area should not hesitate to put Thousand Buddha Mountain on their sight seeing list. Originally called Li Shan, the mountain became a holy site of the new faith from India, Buddhism, when a group of monks arrived there to chisel out thousands of Buddha figurines in the mountain side in the late sixth century. After Thousand Buddha Temple (Qianfo Si) had been erected at its foot, the mountain eventually took its name from the temple. An ancient legend has wise king Yu Shun tilling the soil at the foot of the mountain, and inspires the additional name “Shun Tilling Mountain.”

Where is Thousand Buddha Mountain?

The Tousand-Buddha Mountain lies 2.5 kilometers (1.55 miles) to the south of Jinan, Shandong Province. The address of the mountain is No. 18, Jingxi Road, Lixia District, Jinan.

How to Get to Thousand Buddha Mountain?

If you want to get rid of hustle of transportation and troublesome navigation, you can book a private tour package which covers visiting, dining and transfer from us. Our local tour guide and driver will escort you to Thousand Buddha Mountain with speed and convenience, and take care of all the details. You just need to focus on travel.

The Thousand-Buddha Temple was renamed as Xingguo Temple after reparation during Tang Dynasty. It is located at half way of the mountain, leaning against the cliff on the south and overlooking the Jinan City on the north. There are the Daxiong Baodian, Kwan-yin Hall, the Laughing Buddha Hall and Duihua Kiosk distributed in the temple. Four seal characters carved on the cliff southwest of the temple is a celebrated stone inscription in the city of Jinan. The Lishan Courtyard, to the east of the temple, where you can see Confucianism, Daoism and Buddhism harmonize with each other in one courtyard. The Shun Temple, the Luban Temple, the Wenchang Pavilion and the Yilan Kiosk are to be found in it.

Xingguo Temple, Wenchang Temple, Shun Temple, Nine Spots Terrace, and the Stone Buddhist Head are other important features to be viewed. Pavilions, exquisite Chinese architecture with its distinctive curved roof-edges, and intricately carved stone walls all contribute to an impressive sight that will not quickly be forgotten.

As one of the four famous gtottoes in China, the Wanfo Cave was was constructed in the north side of the mountain. There are morn than 23,000 pieces of statues in designs of Buddha, Bodhisattva, Disciples and Guardian Kings, which fully indicate the superb workmanships of sculprure in the Northern Wei Dynasty (386-534), the Tang Dynasty and the Song Dynasty (960-1279). Its history is so long that you can learn something about Chinese ancient architecture.