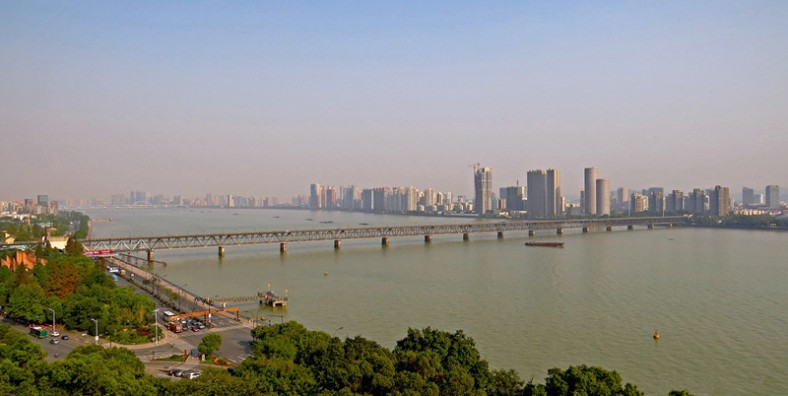 The Qiantang River is a river in East China. An important commercial artery, it runs for 459 kilometers (285 mi) through Zhejiang, passing through the provincial capital Hangzhou before flowing into the East China Sea via Hangzhou Bay.

Why is Qiantang River So Special?

The Qiantang River is a river in East China. An important commercial artery, it runs for 459 kilometers (285 mi) through Zhejiang, passing through the provincial capital Hangzhou before flowing into the East China Sea via Hangzhou Bay.

The spectacular Qiantang River Tidal Bore is known as one of the largest tidal bores in the world. In a year, there are about 120 days to watch tidal waves which the largest is on the eighteenth day of the eight month on Chinese lunar calendar (during Chinese Mid-Autumn Festival). Watching tidal bore has been a great tradition in Hangzhou for over 2000 years’ history. Starting from Han Dynasty and blooming in Tang and Song periods, on the eighth month of the lunar calendar, people have gathered along the shores of Qiantang River to witness the waves of its famous bore tide. As early as the Northern Song Dynasty, the famous poet Su Shi praised “Aug. 18 tidal waves, the magnificent in the world” (八月十八潮，壮观天下无).

Qiantang River, also called Zhe River, originates in the border region of Anhui and Jiangxi provinces. It runs for 459 kilometers through Zhejiang, passing through the capital city – Hangzhou and Yanguan Town, Haining City before flowing into the East China Sea via Hangzhou Bay.

The forming of Qiantang River is influenced by principle of universal gravitation, the shape of the bayou, riverbed, hydrology, climate, etc. On the first day and fifteen day of every lunar month, especially the eighteenth day of the eighth month of Chinese lunar calendar, the sun, moon and earth are located more or less on a line in space. Hence, the tide generating force reaches up to the largest. Another reason is that the Hangzhou Bay is trumpet-shaped. The inside part of the bayou is very narrow while the outer part can be as wide as 100 kilometers. When the seawater flows to the bayou, it suffers more restriction from the narrowing banks as it goes further to the inner part. The seawater is forced to rise higher and higher.  The highest tidal bore can reach up to 9 meters (30 feet) high.

To watch Qiantang River tidal waves, travelers can come to Qiantang River on the first, second , third, fourth, fifth, fifteenth, sixteenth, seventeenth, eighteenth, nineteenth and twentieth day of each Chinese lunar month. In total, there are about 120 days with tidal bores while the largest is on the eighteenth day of the eight month on Chinese lunar calendar. Travelers should arrive half an hour before the report time to wait for the tide which is usually at 11:45 to 14:15. (For tidal time changes everyday, please ask your tour guide for the exact time or check the information reported by the tourist sites.)

How to get to Qiantang River From Hangzhou

If you want to get out of the traffic and hassle of navigation, you can book a private tour package that includes visiting, dining and transfer from us. Our local guide and driver will escort you to Qiantang River in Hangzhou in the fastest and most convenient way and take care of all the details. You just have to focus on the visiting.

Visitors should take regular buses from Hangzhou Passenger Transport Central Station to Haining and then take local buses to reach the three locations.