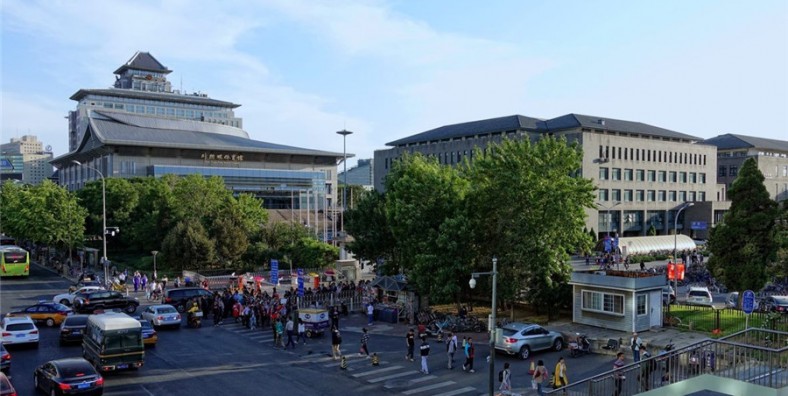 Founded in 1898, Peking University was originally known as the Imperial University of Peking. It was the first national university covering comprehensive disciplines in China, and has been a leading institution of higher education in China since its establishment. It also served as the highest administration for education at the beginning of its founding.

Throughout its history, Peking University has played an important role “at the center of major intellectual movements” in China.  Starting from the early 1920s, the university became a center for China’s emerging progressive movements. Faculty and students held important roles in originating the New Culture Movement, the May Fourth Movement protests, and other significant cultural and sociopolitical events, to the extent that the university’s history has been closely tied to that of modern China. Peking University has educated and hosted many prominent modern Chinese figures, including Mao Zedong, Lu Xun, Gu Hongming, Hu Shih, Mao Dun, Li Dazhao, Chen Duxiu, and the current Premier Li Keqiang.

Peking University is a public institution that was founded in 1898, though it wasn’t known by its current name until 1912. The university’s main campus, known as Yan Yuan, is located in the Haidian District in the western suburbs of Beijing, China’s capital city. University housing is available for both undergraduate and graduate students. Tuition costs are higher for non-Chinese nationals and vary by subject, with science subjects costing more. The university’s academic calendar is semester-based, and students typically study four years for undergraduate degree programs, two to three years for master’s programs and four years for doctoral degree programs.

PKU, as the university is sometimes called, has academic departments focused on various humanities, social sciences and science disciplines. The language of instruction for undergraduates is Chinese, and graduate-level programs are taught in either Chinese or English. In 2000, Beijing Medical University was incorporated into PKU and renamed the Peking University Health Science Center, which is now the home of PKU’s medical programs, including pharmaceutics and nursing. The university has numerous research labs and centers, such as the State Key Laboratory of Nuclear Physics &amp; Technology, the Beijing National Laboratory for Molecular Sciences and the State Key Laboratory of Rare Earth Materials Chemistry and Applications. PKU has established academic and exchange partnership programs with institutions around the world. One such collaboration is a master’s program in international affairs organized jointly with the London School of Economics and Political Science in the U.K.

The main university campus is in the former site of the Qing Dynasty imperial gardens and as such features traditional Chinese-style landscaping, including traditional houses, gardens, pagodas, as well as many notable historical buildings and structures. Weiming Lake is to the north of the campus and is surrounded by walking paths and small gardens.

The university grounds are also home to museums, such as the Museum of University History and the Arthur M. Sackler Museum of Art and Archaeology, in which students can view objects dating back thousands of years. It’s an environment to feed the enquiring minds of young students – not that the academic curriculum doesn’t already do that.

Peking is eager for students to receive not only comprehensive education, but to take part in student life to the full. Life on campus is rich with sport and extracurricular fare, with more than 200 student organizations and a range of activities running year-round.

Sport is important, with Beida Cup Athletic Championships taking place each year, while festivals and events such as the International Cultural Festival, or Singing Competition for Foreign Students, allow students to meet up, make friends and enjoy a balanced life outside of their studies.