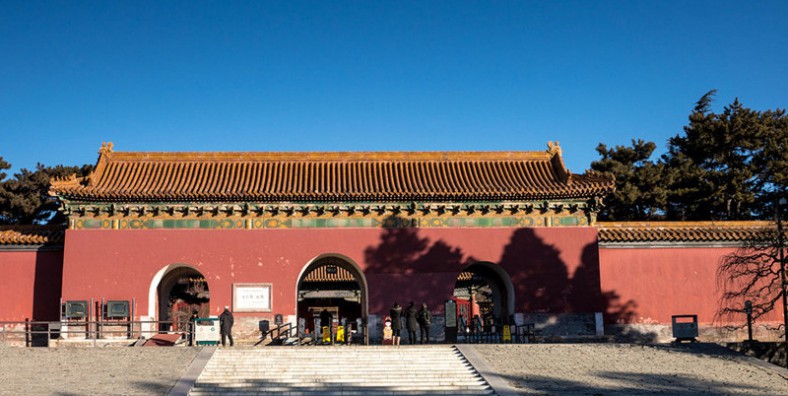 Why is Ming Tombs so Special?

The Ming Tombs were built from 1409 to 1645, covering an area of 40 square kilometers. They are the largest imperial tomb complex in China and even in the world.

After the founding of the People’s Republic of China, in order to protect this cultural relic and historic site, the government began to carry out maintenance from the early days of liberation and protected the Ming Tombs as a national key cultural relic.

In 1957, the Beijing Municipal People’s Government announced the Ming Tombs as the first batch of key ancient cultural relics protection units in Beijing.

In 1961, the Ming Tombs were announced as national key cultural relics protection units.

In 2003, the Ming Tombs were listed in the World Heritage List.

In 2011, the National Tourism Administration approved the Ming Tombs as a national 5A scenic spot.

In the Ming Tombs Scenic Area, each tomb has its own independent unit. The layout and arrangement of all 13 tombs are very similar, but their size and structural complexity are different. Each one is built in an area at the foot of the mountain. The distance between the two ranges from half a kilometer (547 yards) to eight kilometers (5 miles). The mausoleum is fanned out on both sides of Changling, except for the four mausoleums in the southwest corner. From site selection to design, we pay attention to the harmony and unity with nature, pursue the perfect state of “God created” and embody the philosophy of “harmony between man and nature”. As an outstanding representative of ancient Chinese tombs, the Ming tombs in China showed the richness and variety of traditional Chinese culture.

At present, only Changling Tomb, Dingling Tomb, Zhaoling Tomb and the Sacred Way are open to the public.

The Sacred Way in Ming Tombs, also known as Changling Sacred Way, is the approach to the Changling Tomb. Along the Way from south to north, you will see a number of sites (or sights) of interest and beauty, including the Stone Tablet Archway, Great Red Gate, Tablet Pavilion, Ornamental Columns, Stone Figures, Lingxin Gate.

At the end of the sacred road, you can see the Changling Mausoleum built in 1409, where lay the third Ming emperor Judy and his queen Xu. It is the largest, most primitive and best preserved of the Ming tombs, with three courtyards in front and a treasure city behind. The magnificent Graceful Palace in the second courtyard is highly recommended.

Built from 1584 to 1590, it is the mausoleum of the 13th Ming emperor Zhu Yijun and his two queens. The most prominent part is the stone underground palace, which was discovered from 1956 to 1958 and unearthed a large number of precious cultural relics.

Zhaoling, located at the eastern foot of Dayu, is the burial place of the 12th Ming emperor Zhu Zaihou and his three queens. It features a crescent-shaped special dumb courtyard and houses a royal coffin.

In addition to the above three tombs, the other ten tombs in the Ming tombs that are not open to the public are as follows:

The peak season changes according to different times. Please consult the staff for more detailed information.