Facing the South China Sea, Guangxi is China's only provincial-level administrative district bordering ASEAN countries both on land and at sea. Nanning, the capital city of Guangxi Zhuang Autonomous Region, is now playing an important role in connecting China with Southeast Asia, is the political, economic and cultural center of the region. Located in the southwest of Guangxi, Nanning is located in the subtropical zone and south of the Tropic of Cancer. The junction of South China, Southwest China and Southeast Asia Economic Circle is the intersection of Pan-Beibu Gulf Economic Cooperation, Greater Mekong Sub-regional Cooperation and Pan-Pearl River Delta Cooperation. Bordering Vietnam, this city borders Guangzhou, is close to Hong Kong and Macau, and faces Southeast Asia. Nanning has a developed solid transportation Internet including airway, railway, highway and waterway.

How to Get to Nanning

Long-distance bus is a common transport for passengers to choose in this city because of the well-developed highways. There are five main bus stations in Nanning City, namely, Langdong Bus Station, Jiangnan Bus Station, Anji Bus Station, Xixiangtang Bus Station and Jinqiao Bus Station. It is very convenient to get to cities and counties within Guangxi Zhuang Autonomous Region. In addition, visitors can get to the major cities in China, including Guilin, Chengdu, Shenzhen, Beijing, Guangzhou. Meanwhile, it is possible to take a bus to Vietnam. Langdong Bus Station has buses to Vietnam.

Nanning Port is located in the west of southwestern Guangxi, south of the Tropic of Cancer, at 107°45'~108°51' east longitude and 22°12'~23°32' north latitude. Nanning Port Niuwan Work Area is about 30 kilometers away from Nanning City, adjacent to Wuxiang New Area, Xianhu Development Zone and Wuhe University Town. The total investment of the operation area is 1.029 billion yuan, covering an area of ​​822 mu, the total length of the coastline is 1,142 meters, and 11 berths of 3,000-ton berths are constructed. It is very convenient to get to Longjin Port, Baise, Guigang, Wuzhou, Guangzhou, Hong Kong and other places.

How to Get Around Nanning

When you want to get around Nanning, buses are your primary choice. Most of the buses in the city start around 6:00 am and end at 10:30 pm. It is very convenient to take a bus to get around the downtown of Nanning.

Taxi travel has greatly facilitated our daily life. The image of a taxi also represents the external image of a city. For tourists, it is very convenient to take a taxi to get around Nanning City.

It is the best choice to ride a bike around the city to appreciate the scenery. There are many dockless bikes on the streets of Nanning. To download bike sharing apps and finish the ID verification procedure, you can use these bikes. Usually CNY 0.5 - 1 for every 30 minutes.

How to Get to Detian Waterfall from Nanning

How to Get to Yangmei Ancient Town from Nanning 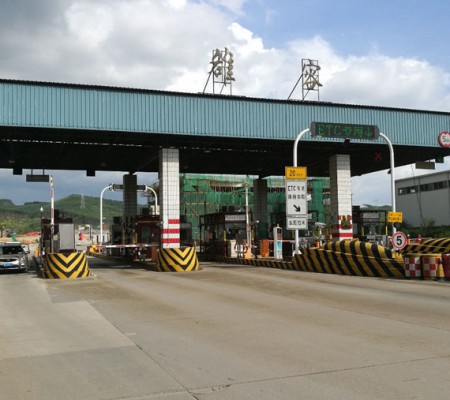