In this 3 day Beijing highlights tour, we will visit the world’s largest city center square -Tiananmen Square, explore the imperial palaces group Forbidden city, hiking on the Badaling Great Wall one of the Seven Wonders of the World, take photo outside 2008 Beijing Olympic Venues, and enjoy the beautiful views at the imperial garden of the Summer Palace. 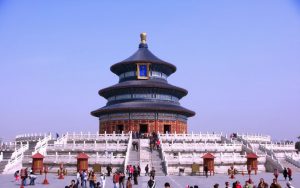 Airport pickup and then moved to your hotel by a private air-conditioned car.

Later, we will visit the Temple of Heaven, which was the spot where the Emperor pray for a good harvest. Three blue-tiled cone-shaped roofs of it, already become a worldwide symbol of Beijing.

After lunch, we will visit Tiananmen Square, which is the biggest public square in the world that can hold more than million people.

At end of today’s trip, We will cross over the Golden River Bridge to visit the Forbidden City and experience the ancient royal’s life. 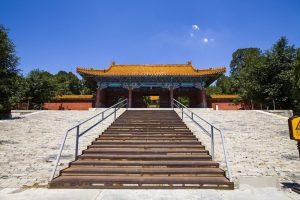 Today we will leave the hotel in the morning to the surrounding countryside of Beijing and visit the Badaling Great Wall, which is one of the Seven Wonders of the World. We will have to climb and walk one of the best preserved sections of this 2,000 years old ancient wall, enjoying the wonderful mountain views.

In the afternoon, we will visit the Ming Tombs (13 Ming Tombs), which is the mausoleum of 13 Ming emperors.We will walk along the Sacred Way guarded by stone statues on both sides. In addition, we will surprise by the marble tombs in there.

On the way back to downtown, we will visit the 2008 Beijing Olympic venues. And take some photos from outside of both Beijing
National Stadium (Bird’s Nest/Olympic Stadium) and the National Swimming Centre (The Water Cube).

In the morning, we will visit Summer Palace. Which is the best preserved and the largest imperial garden in China.

Afterwards, our guide will transfer you to the airport for your next destination.