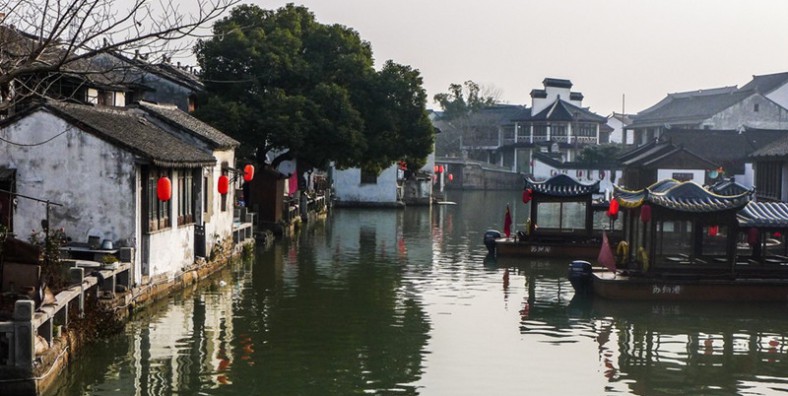 Tongli in Jiangsu Province is one of the many ancient water towns in the south of the Yangtze River Delta, which are famous for rivers, ancient bridges and house complexes

Why is Tongli Water Town So Special?

Tongli was built in the Song Dynasty and has a history of more than 1,000 years. It has a very rich cultural heritage. Due to its long history and unique beauty, Tongli was included in the UNESCO World Heritage List together with Zhouzhuang and Luzhi in 2004. With China’s rapid modernization, a large number of historical towns have disappeared under bulldozers, leaving only a few well-preserved historical towns today.

Where is Tongli Water Town

Tongli Ancient Town is located in Wujiang District, Suzhou City, Jiangsu Province. It is easy to reach Tongli Watertown in neighboring cities such as Wuxi, Suzhou or Shanghai. It is about 18 kilometers from Suzhou and 80 kilometers from Shanghai.

Tongli is a town with profound cultural background and achievements. Since ancient times, there have been many poets, painters, Confucian scholars and government officials. Their ability has made great contributions to the progress of the country in many fields. Dozens of stone tablets of different periods are preserved here, and many streets are named after their official names. People will certainly appreciate the pristine and intoxicating atmosphere of this ancient water village. In 1981 Tongli was declared one of the 13 national standard tourist towns in Taihu Lake region. In addition, in 1982, it was listed as the standard provincial cultural ancient town in Jiangsu Province for protection.

These are important connections between different parts of the town. 49 stone bridges of different styles connect the 7 islands of Tongli Town, which are composed of 15 rivers and 5 lakes. Each bridge has a name. These examples will help you understand the poetry of the residents. Perhaps the most famous bridges are Peace and Tranquility Bridge (Taiping Bridge), Lucky Bridge (Li Ji Bridge) and Enduring Celebration Bridge (Changqing Bridge). These bridges are called cat’s paw bridges because they cross three rivers at the junction and form a natural circular road.

Tongli Watertown enjoys the reputation of “Museum of Ancient Architecture” because there are many houses and temples in Ming and Qing Dynasties. These buildings are built on the riverside and decorated with cornices, carved windows, porcelain furniture, decorative clay bricks, neat gardens and small stairs leading to the water surface, which means Tongli is a bright pearl in the Jiangnan watery region.

One of most notable attractions in the water town is the Retreat & Reflection Garden (Tuisiyuan Garden), which lies in the center of the town. It is a private garden owned by Ren Lansheng with its landscapes of pavilions, towers, terraces and a man-made lake, and it was built in 1885-1887 and designed by Yuanlon. In 2001, the Retreat & Reflection Garden was recognized with other classical Suzhou gardens as a UNESCO World Heritage Site.

This is not a real tower, it is just a model made of pearls. Moreover, this is the name of a famous drama. This is where the touching story between Qin Fang and Cui Chen took place. Qin Fang’s father was deported by the court. So he went to his aunt for help, but when her aunt heard the bad news about Fang Zhouzi, she looked down upon the poor and refused to help him. But his cousin was very kind and secretly gave the Pearl Tower to Qin Fang. Later, Qin Fang became the number one scholar.

March-April and September-October are the best travel times in Tongli Water Town.