When come to Suzhou, confused what to see, do and experience in Suzhou? Known as the "City of Gardens", "Silk of Land", Suzhou has several kinds of attractions listed below to show you all the highlights. The top attractions in Suzhou are the must-see for visitors.

Suzhou, a small city located just 30 minutes outside Shanghai, is world-renowned for its classical Chinese gardens. Commissioned by wealthy merchants, officials and scholars between the 11th and 19th centuries, these gardens depict China’s most stunning natural landscapes on a miniature scale. Around seventy classical gardens are preserved and open to visitors in Suzhou today. Nine have even been named UNESCO World Heritage Sites.

More about Gardens in Suzhou

Visiting one of these towns lets you have a look back in time. The houses, usually not more than three stories, butt up against each other in an ancient jumble. There is a general name to call them -Ancient Water Town from South of the Yangtze River or Jiangnan Ancient Water Towns.

Looking out for what can you do with kids and family in Suzhou? Here are the things that you should not miss out on a family vacation with kids, toddlers, or babies. Discover the ultimate places for kids in Suzhou, be it water parks, theme parks, or playgrounds. Children will have fun, learn new things, get good food and will not get bored in long queues. Keep reading to know about awesome places and activities to enjoy with your kids in Suzhou.

More about Children-Friendly Attractions in Suzhou

The Islam History in Suzhou can be traced back to Taiding period (1324-1327) in the Yuan Dynasty. Muslims from western regions of China immigrated to Suzhou and built the first mosque. The majority of Muslims in Suzhou are mostly Hui people with their ancestors having migrated to Suzhou from other parts of China. Before 1949, there were 7 mosques in Suzhou with Muslims living nearby. Most of the mosques were damaged during the Culture Revolution (1966-1976) and only one now remains in Suzhou, this is the Taipingfang Mosque which was rebuilt on the original site in 1982.

More about Mosques in Suzhou

Suzhou City has a colorful and rich history marked by a number of beautiful temples that date back hundreds of years. While these temples may not be world-wide famous, they each have their own unique history and special significance to Suzhou, and all are worth a visit to see!

More about Temples in Suzhou

Located in Suzhou Industrial Park,  Dushuhu Church has been serving local and expatriate believers since May 2010, well known as a heavenly place and a spiritual paradise.

Whether you're interested in local history, dinosaurs or beer, a museum is a great way to burn a couple hours on a miserable day. To help you decide what institution you should check out, China Dragon Tours lists the following museums for your reference.

More about Museums in Suzhou

If you’re planning a trip to China, be sure to include Suzhou City in your itinerary. From luscious forests to sprawling mountains, Suzhou City has it all. Here’s a list of the most beautiful must-see national parks, gardens and interesting zoos in Suzhou City.

More about Parks in Suzhou

Famous Landmarks in Suzhou are considered the name card of Suzhou. Of course, speaking of Suzhou’s landmark, It is unnecessary to list all the top tallest buildings in Suzhou. A city’s landmarks don’t have to be physically tallest, but they should have important impact on people’s minds in terms of their history, culture, intriguing stories behind them and spectacular buildings as well, which reflect the city’s image and characters. Plan your Suzhou tour? Below are the top landmarks you shouldn’t miss.They are somehow, represent a certain character or role Suzhou played to the world. Come with China Dragon Tours, to witness and appreciate those famous Suzhou Landmarks.

Best Places to Take a Golf Tour in Suzhou

Suzhou is one of the Water town area in China and famous for its silk in China and the world. Now, it becomes more and more popular for its quality golf courses in the city. Golf being a very popular sport in China, hence golf courses which are called "green opium," in Chinese are not difficult to find even in the small town of Suzhou. The golf courses in the city are all well designed and decorated with the poetic scenery and beautiful environment. It is a one of the most welcoming places in China and can provide an indeed enjoyment to the golfer lovers and businessmen.

Best Places for Holiday in Suzhou

Other Attractions in Suzhou 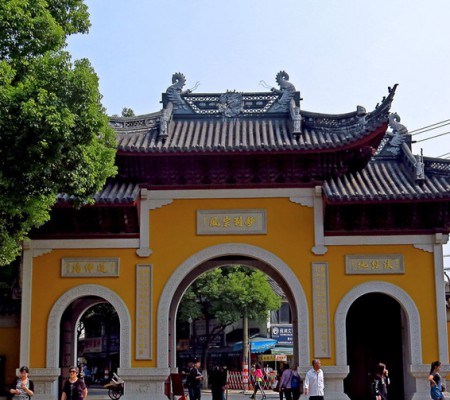 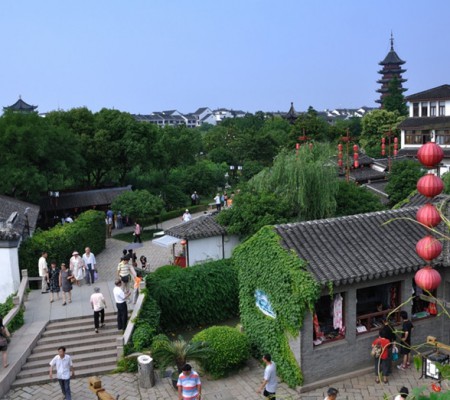 Why is Panmen Scenic Area So Special? It is famous for its numerous historic relics and abundant human landscapes and has been listed as a National AAAA Tourist Area.... 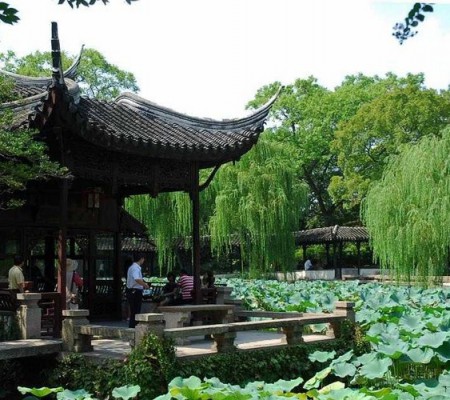 Why is Canglang Pavilion So Special? It is the oldest Suzhou garden that can be traced back to the beginning of Northern Song Dynasty (960-1127). In 1045, a scholar... 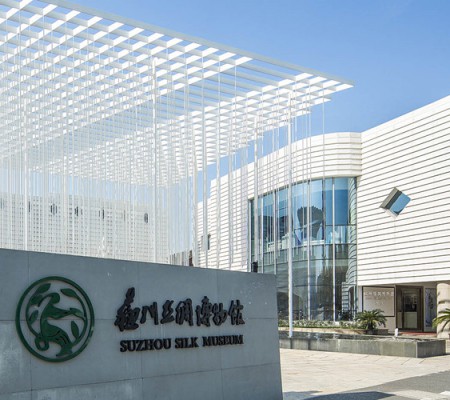 Why is Suzhou Silk Museum So Special? The entire museum design is dignified and elegant – yet unconventional – combining a sense of ancient civilization with modern style. It... 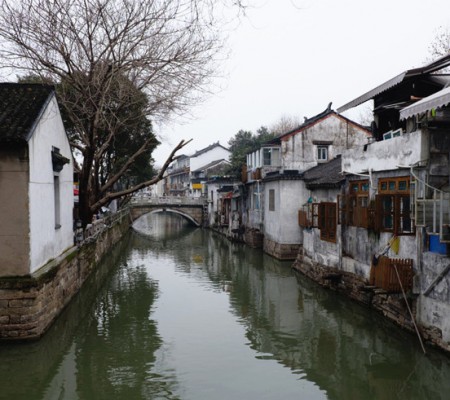 Why is Pingjiang Road So Special? With a history of over 2,500 years, Pingjiang was once the main road of the ancient east Suzhou city. This road can be... 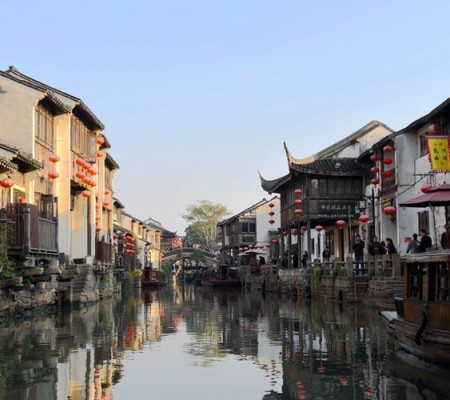 Why is Shantang Street So Special? Shantang Street is an ancient riverside pedestrian street in the northwest of Suzhou, Jiangsu Province. It is very popular with tourists. It starts... 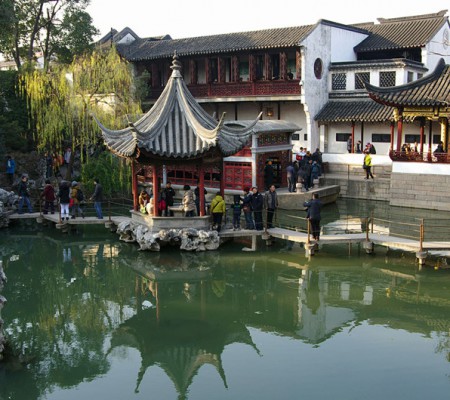 Why is Lion Grove Garden So Special? Shizi Forest was founded in the Yuan Dynasty to the second year of Zhengyi (1342) and is one of the representatives of... 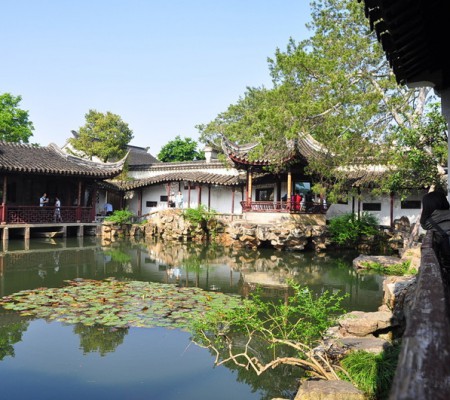 Master of the Nets Garden (Wangshi Yuan) in Suzhou

Why is Master of the Nets Garden So Special? Sometimes the smallest package can contain the most magnificent gift. The Master of Nets Garden is a clear example of... 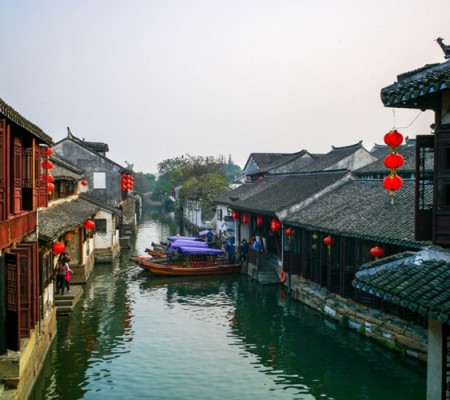 Why is Zhouzhuang Water Town So Special? Zhouzhuang, located in Kunshan, Suzhou, is one of the six ancient towns in the south of the Yangtze River. It was named... 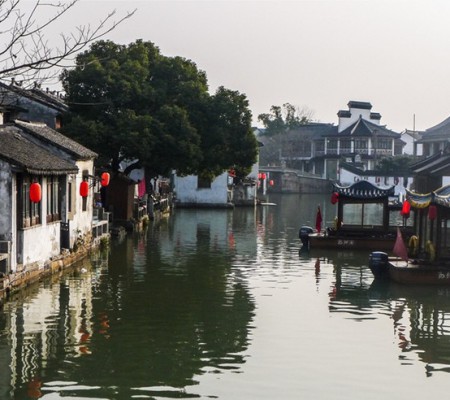 Why is Tongli Water Town So Special? Tongli was built in the Song Dynasty and has a history of more than 1,000 years. It has a very rich cultural...